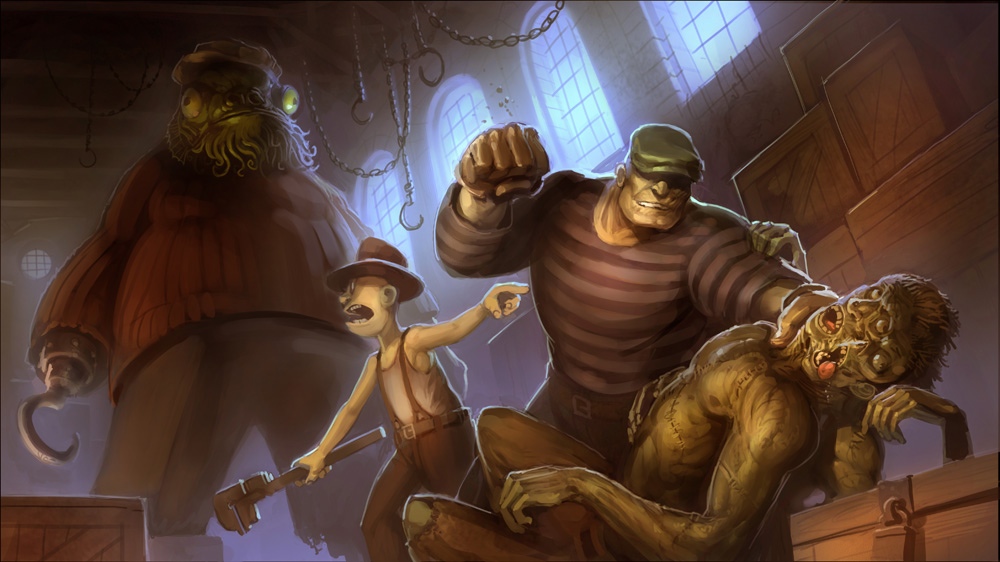 Definitely not one for the kiddies, The Goon is an adult CGI animated film adapted from Eric Powell’s 1999 cult comic following a muscle ripped mob enforcer and his smart mouthed, egg eyed pal. Clancy Brown will voice The Goon and Paul Giamatti will be Franky, as their characters find themselves in comedic paranormal adventures intruded by ghosts, ghouls, “skunk-apes,” and mad scientists. Fueled by tons of foul language, shotgun violence, and the visionary style of David Fincher’s gloomy 1920 setting; The Goon is the antithesis of the family friendly, morale cushioned structure of a typical Pixar film and sure to raise some eyebrows. Do you think a provocative adult slant is going to be the new trend for animation features? Find out for yourselves by watching the trailer below and expect a release date to be announced later for 2010.