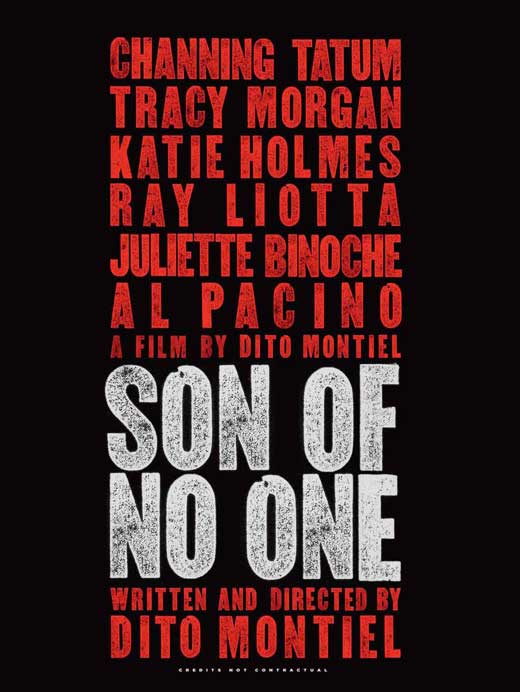 MTV released a promo trailer for Dito Montiel’s new cop drama The Son of No One.  Montiel’s film sports an all star cast including Channing Tatum, Al Pacino, Katie Holmes, Juliette Binoche, and Tracey Morgan in his first dramatic performance.  This is Montiel’s third straight film with his A Guide to Recognizing Your Saints star Tatum with Fighting being the other film.  I think Montiel gets the best out of Tatum, who is a very good actor but seems to do his best work with Montiel.  The trailer looks good.  I loved A Guide to Recognizing Your Saints and I enjoyed Fighting as well, so I am anxious to see this film.  I look forward to seeing what Montiel can do with the gritty New York cop drama, which is a genre that has been done before and done quite well.