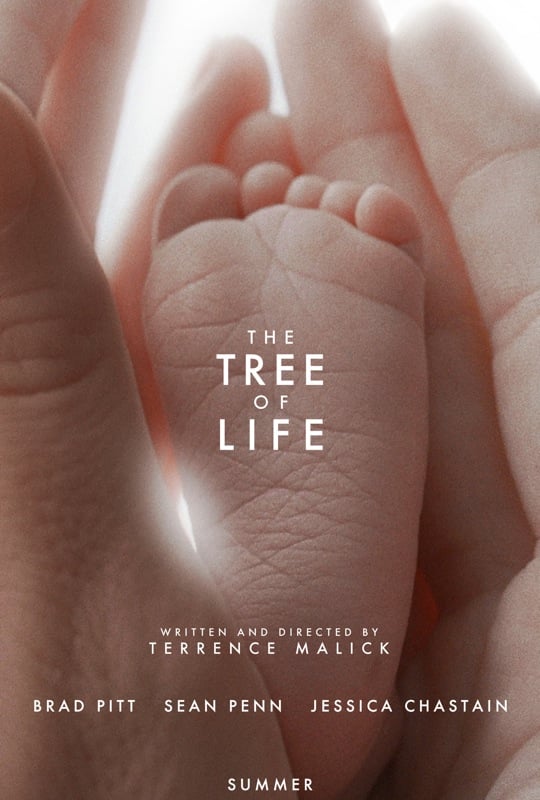 Though some American audiences were lucky enough to see the trailer attached to certain runs of Black Swan, for most this is the first glimpse at Terrence Malick’s anticipated new film Tree of Life. Awe-inspiring may be heavy praise for a trailer, but no other words seems accurate enough to describe the poetry of the images. The story centers around a family with three boys in the 1950s. The eldest son witnesses the loss of innocence, and stars Brad Pitt, Sean Penn and Jessica Chastain. It is making it’s world premiere at the upcoming Cannes Film Festival.

Watch in HD at Apple Trailers

From Terrence Malick, the acclaimed director of such classic films as Badlands, Days of Heaven and The Thin Red Line, The Tree of Life is the impressionistic story of a Midwestern family in the 1950’s. The film follows the life journey of the eldest son, Jack, through the innocence of childhood to his disillusioned adult years as he tries to reconcile a complicated relationship with his father (Brad Pitt). Jack (played as an adult by Sean Penn) finds himself a lost soul in the modern world, seeking answers to the origins and meaning of life while questioning the existence of faith. Through Malick’s signature imagery, we see how both brute nature and spiritual grace shape not only our lives as individuals and families, but all life.