After seeing the trailer for this film, it looks like it could be a promising ghost story. However, the whole ‘creepy kid’ trend is dead and buried. It really doesn’t seem like a good idea to play on that niche, especially if the trailer for the film seems to shy away from it. It also doesn’t help that the kid on the poster isn’t even particularly threatening. 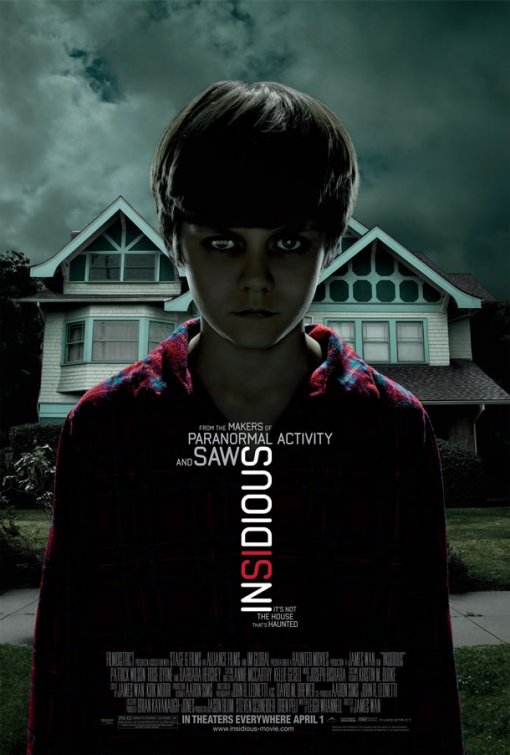 We’re off to a blistering start this week with another bad poster. This one is sloppy, and plain ugly. The resolution is terrible, there doesn’t seem to be need for the lopsided view, and it actually hurts your eyes if you look at it long enough. Finally, a pretty good poster this week. It’s playful, it’s funny, and it has Rainn Wilson’s beautiful scowl. It can use a little more polish to catch the eye, but a fun poster nonetheless. It’s inevitable. Every week we find a poster that is to me what nails on a chalkboard is to others, a poster completely filled with useless clutter. This poster looks good, it’s simple and direct with its image, and then underneath the title is a mess that draws the eye away from the image and the overall design that grabs one’s attention. I assure you the posters get better after this very boring example. Okay, it’s not a great poster, but at least it has a mood to it. It’s a little creepy, and certainly piques any horror fan’s curiosity. There it is again, clutter. I guess it is the theme of the week, considering the Poster of The Week has the same problem. It doesn’t ruin the poster, it just keeps me from giving it an ‘A’. Otherwise, it’s good. The image is subtly visceral when dealing with such a blunt subject. This is just a fun, sexy poster, presented with a wry smirk, a bit reminiscent of the old school exploitation posters of the past. I may never see this film, but damned if they haven’t had a couple of really good posters. It’s totally minimalist and doesn’t rely on bells and whistles. It doesn’t take for granted the idea that children have short attention spans when it simply presents the iconic characters in a fun situation. Call me a hypocrite, because on the surface the Poster of The Week looks like it absolutely breaks my ‘clutter peeve’, and it does. But, ignoring the clutter it has a gritty, human image that is somewhat poetic and identifiable. There is a drama to it that is lacking in many posters.