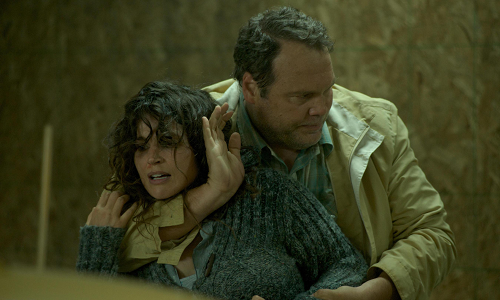 While initially recognised for being the daughter of noted offbeat auteur David Lynch, director Jennifer Lynch has been working on building a reputation of her own amongst the film community. While her most well-known effort, 2010’s Hisss, gained more publicity for the myriad production issues rather than the finished product, her newest effort, titled Chained, has been turning heads for all the right reasons. Following the twisted relationship between a serial killer and the captive he treats as his successor, the movie stars Eamon Farren and Vincent D’Onofrio in the lead roles, alongside Julia Ormond, Evan Bird, Gina Philips, and Conor Leslie. Two new clips from the movie have now been released, and can be seen below. For those interested further in the film, SOS correspondent Michael Ryan was able to view this film at Fantasia 2012, and his review can be read here.
–