Earrings were first worn by men as early as the Bronze Age when a 5,000-year-old Iceman mummy in the Italian Alps was discovered with a 7-11 mm diameter earlobe piercing. Warriors in the Persian Empire during the Achaemenid dynasty (550–330 BC) wore earrings while seamen pierced their earlobes after journeying across the world or crossing the equator.

Sailors also wore golden earrings so they can pay for a Christian burial in case they got shipwrecked. Shipwreck survivors, on the other hand, were identified by earrings worn in their left earlobes.

While earrings remained popular in the East, its popularity fluctuated in the West during the Middle Ages when it was more fashionable to wear bejeweled headgears that covered the ears as well as in the late 19th and early 20th centuries when it was considered inappropriate to wear earrings. 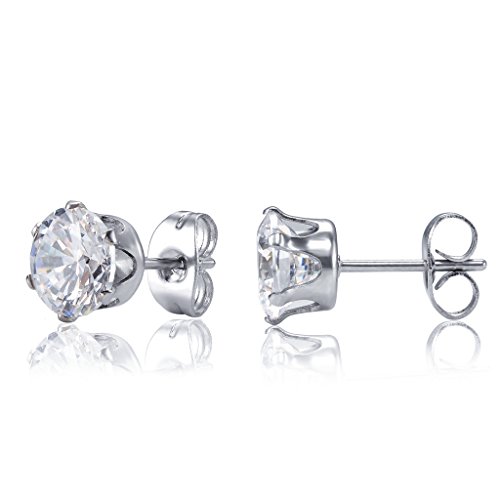 A stud earring is a classic and stylish type of earring that comes in many different shapes, sizes, and designs. What sets the stud apart from other earrings is that it does not dangle down. Rather, studs hug the ear and are typically situated right at the earlobe. Since you can’t see the connection, studs are often described as “floating” on the earlobe. The pin that sticks through the ear is hidden by the diamond or whatever outward facing jewel. A removable back or clutch secures the earring on the back side of the ear.

Hoops are another recognizable type of earring and are again available in a wide variety of sizes and shapes. Traditionally, hoops are circular, but as they have grown in popularity, you will see all sorts of different shapes such as squares, ovals, or triangles. Regardless of shape, hoop earrings have a small wire piece that penetrates the ear and connects to the other end of the hoop on the back side of the ear, creating the complete circle.

Drop earrings are, more or less, an extended stud earring that offers greater flexibility in design, jewelry, and shape. A drop earring will connect at the earlobe, but instead of resting against the ear, the drop earring will hang down or drop below the ear. Drop earrings can be hoops, single pieces of jewelry, or even a series of pieces that hang vertically. Some of them are short and sit just below the ear, while others hang considerably low.

Dangles are similar to drop earrings, but the difference is that drop earrings are typically stationary, whereas dangles are free to swing back and forth. Again, dangles come in various lengths, and the further down from the ear they are, the bigger they can be. There is a lot of flexibility to create some intricate and interesting designs, and the dangling part of the earring can be pretty much anything you want. There are a lot of different creations out there.

Chandelier earrings get their name because they are shaped like a chandelier, but in a lot of cases, they might dangle as well. They attach to ear at the earlobe and drop down, often consisting of multiple levels of decorations. They might form a teardrop shape but have multiple dangling pieces hanging from that piece. They are beloved for their fancy appearance, as they are often constructed with many jewels and decorations.

These chandelier earrings at Nordstrom will give you an idea of the general shape of the earrings, but you will also see how intricate they can be.

Huggies are a variation of the hoop earring, but rather than loop down and around, they hug the ear, leaving little to no space underneath the earlobe. In other words, they still have a circular shape, but they are a thicker and smaller version of the traditional hoop. In many ways, they might be reminiscent of a ring you wear on your finger, but they will have a small wire piece or clip that connects one end to the other.

A tear drop is another version of the drop earring and will look like a tear drop. They penetrate through the earlobe and hang down slightly, attaching to a tear drop shaped stone or decorative piece. 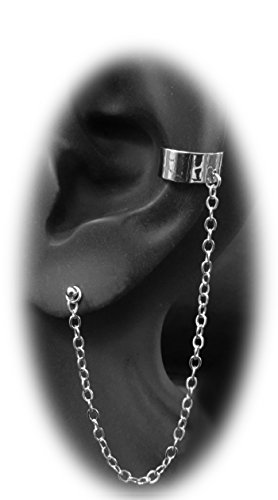 The word “Bajoran” comes from Star Trek, and the Bajoran earring was a type of earring worn by a humanoid species in the series. In the series, the earrings were worn on the right ear and were a symbol of faith. Additionally, each person’s earring was individualized with a family symbol.

However, the rules don’t necessarily apply in real life, and you can find Bajoran earrings with or without the symbolism. They typically have two connection points, one at the earlobe and one on the upper portion of the year, these two points will be connected by a chain. Sometimes the chain is only long enough to make the connection, while other chains may hang down. Other times there may be multiple chains. 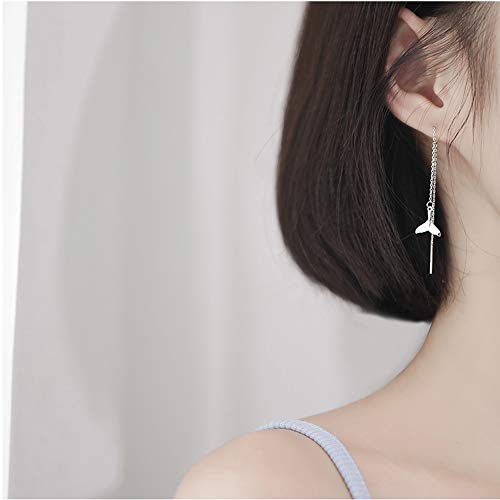 A threader earring looks like a piece of string that goes through your earlobe and dangles down on both sides. Sometimes that’s all it is, but other times there may be a stone or another decorative piece hanging down from one end.

Cluster earrings are decorative earrings that are comprised of several different gemstones or beads that are grouped together in a “cluster.” These might be in the form of a stud, or they may dangle down from the earlobe.

Barbell earrings are shaped like actual free weights, and in their most basic form, a metal rod connects two small steel balls. Often times, these “balls” are actually in the shape of something to appeal to different style preferences. Sometimes they are skulls, and other times they are stars. Barbell earrings are straight and rigid, but they can be worn at almost any two points on the ear. Most of the time you will find them at the top, but the can also be worn down the side. 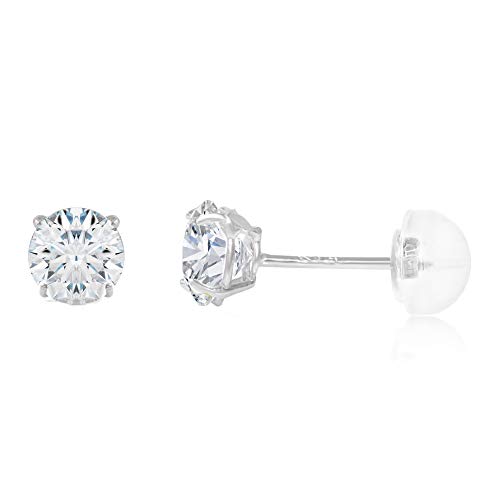 The pushback is the most common backing style and typically used for studs. It’s a small piece with a small hole that slides onto the post of the earring. It’s often called a butterfly backing because of its curved shape. They are also known as friction backings because that’s how they work. There is no latch or clamp on a push back. Instead, you simply push on the piece, and the friction prevents the backing from just sliding off. 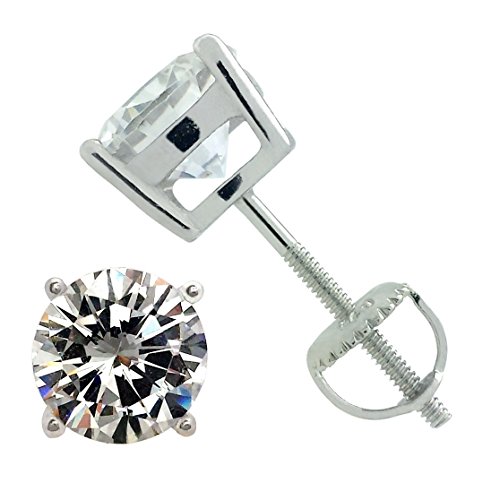 Screw backs are almost exactly the same as push backs. They are the same shape, but instead of pushing one, they screw on, which can make the earring more secure and less likely to fall off. The only downside to the screw back is that they can take longer to put on. 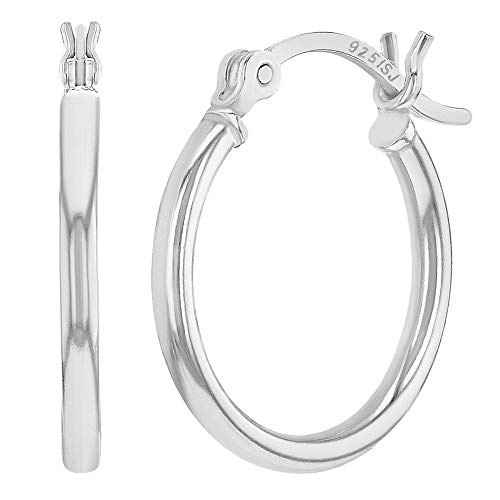 The latch back works with a hinge that opens and closes, and they are most commonly used for hoop earrings and huggies. The latch will open so that you can slide the post through your ear, and once it’s in, you simply close the latch. 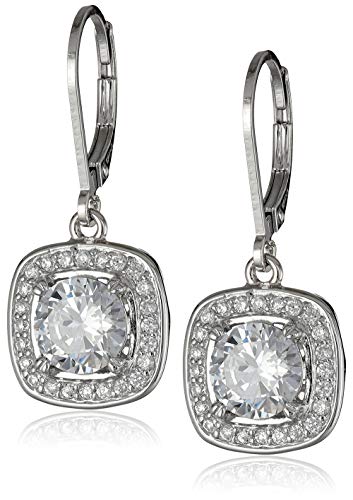 Levers are more similar to the fish hook, as they slide through your ear, and their shape is almost enough to keep the earring in place. However, for added security, the lever backing creates a full loop, and the lever closes after being placed in the ear, so there is no risk of the thing falling out. 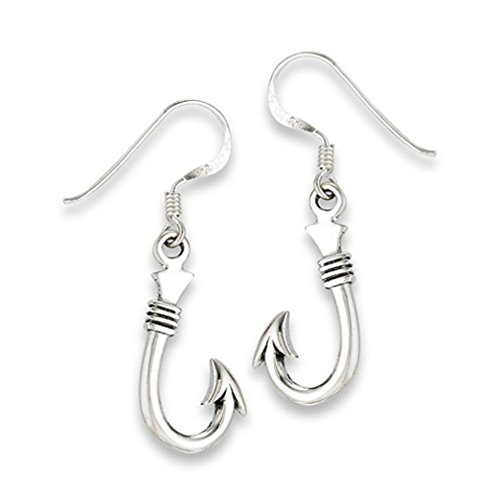 Different earrings connect to your ear in different ways, and the fish hook is just one of the different ways. The fish hook gets its name from its appearance, which is reminiscent of an actual fish hook. It’s a small, thin piece of metal that curves around and hooks onto the ear.

The fish hook is different from other back types because it doesn’t actually have backing at all. Rather, this earring connects to a stone or decorative piece and hooks through the ear. Its shape prevents the earring from falling out and doesn’t require any additional clamps.

The earlobe is one of the most traditional ear piercings that you can get, and it’s often the simplest and the least painful. The earlobe is where you will wear stud earrings, hoops, dangles, drops, and most others, and while some earlobe-based piercings are complex and intricate, others are as simple as a small, round stone.

The helix piercing is an upper ear piercing, and it is often cited as people a little painful in comparison to others because it’s on the cartilage of the ear. Typically, jewelry consists of bead rings and studs, but they are all of a small diameter.

The industrial piercing is where you typically see barbell earrings and barbell variations. It requires two perforations on the upper ear cartilage, a horizontal wire or piece of metal connects the two holes. Jewelry-wise, you are a little limited, but even the barbell earrings come in many different designs.

The rook piercing is a highly-technical piercing that requires some skill. A completed rook piercing will have two different cartilage perforations. Specifically, the two piercings are made where the cartilage folds at the upper inner ear. It’s an interesting piercing, but it’s one that is prone to inflammation, especially if done incorrectly.

The conch piercing is a perforation of the inner cartilage, almost in the direct center of the ear. Typically, these will be stud earrings.

The forward helix piercing is where your ear is pierced in three different places at regular intervals. Three graduated rings or studs are inserted into the holes, and it is done on the upper area of the ear closest to the head. These can take a lot of time to heal, but with the proper cleaning, you can avoid inflammation.