Grapes are berries that belong to the Vitaceae family and considered as one of the world’s most favorite fruits. There are 60 species and around 8,000 varieties of grapes found all over the world today. They originated from Georgia and were cultivated 8000 years ago. Most researchers believe that grapes are at least 65 million years old.

The Ancient Egyptians ate grapes and drank wine as illustrated in their hieroglyphics. Wine production, on the other hand, started as early as 5,000 B.C. A single bottle of wine is made up of about 2.5 pounds of grapes. China is the world’s leading producer of grapes.

Blooming from June to September, Champagne grapes are some of the smallest grapes grown and they have a taste that is both sweet and tart. The grapes are crunchy and tender and they are small enough to give to kids without worrying about a choking hazard. Ironically, these grapes are not used for making wine or champagne but they are perfect for snacking on and eating raw.

If you’ve ever tasted a pure grape juice, you’ve likely tasted a Concord grape. The grapes were developed in Concord, Massachusetts in the late 1840s and have a bright, crisp flavor and bluish-purple color. They bloom from August to September and they have large seeds and skin that is very easy to peel. If you love grapes, the Concord is one variety that you’ll definitely wish to sample.

Cotton Candy grapes are white in color and taste very similar to cotton candy, hence their name. They are grown only in central California and they bloom in mid-August to September. People are surprised at how they taste the same as cotton candy and once you give them a try, you’ll be hooked on them as well.

Most red table grapes that people are used to are this type of grapes. They are incredibly juicy and sweet and they have been around since the late 1980s. They have a firm texture and thick skin and they are usually a pale red color with occasional green streaks in them. They grow in California and can be harvested from August to November so they bloom a little later than many other grapes do.

Fry Muscadine grapes grow only in Georgia and can be harvested in September. They are approximately the size of a cherry tomato and they turn yellow in color as they ripen even though they start out as a golden-brown color. They are nice and crispy on the outside and have been around since 1970.

With a season that extends from July to September, these grapes are grown all over the world and they are whitish in color with a pinkish-red skin. They can be eaten raw or made into white wine, in which case they turn almost clear in color, and they have a clean, soft taste that resembles a stone fruit.

Kyoho grapes are grown in Japan and are a hybrid variety bred in the 1930s. They are a large size and a blackish-purple color. It is always best to peel away the thick skin before eating them to truly enjoy their nice sweet taste. They bloom from July to August, and they can grow as big as a plum. They are also perfect for a variety of desserts and for juicing so they are a very versatile type of fruit.

Lemberger grapes originated in Germany but now grow in areas such as British Columbia and New York. They bloom from August to September and have a beautiful blue color and a sweet, slightly spicy flavor. If you use Lemberger grapes to make wine, you’ll also notice a hint of pepper as well. This is what most of these grapes are used for.

Blooming from February to March, Moon Ball grapes are grown in South Africa and they are large and green. They have thick skin, sweet flesh, and higher sugar content than many other types of grapes, making them very flavorful. Their seeds are white in color and they are a hybrid variety that resembles an edible ball.

Moon Drop grapes are a hybrid variety that took roughly 15 years to develop. They are a non-GMO food and are purple, elongated in shape. They bloom from late July to late September and they have firm, crunchy flesh. In fact, many people agree that the Moon Drop grape tastes just the same as grape jelly with its sugary but not-too-sweet taste.

These grapes are used mostly to make wine and champagne and they have deep purple fruit and a taste that is similar to cherry, caramel, and strawberry. They are nice, round grapes that bloom from August to September and they can also be eaten raw.

Riesling grapes are grown in Germany, New York, and Canada, to name a few, and they grow from August to September, although in some cases they are harvested after the first frost in October. The grapes are highly acidic and have a very sweet taste. They also have floral undertones, which makes them the perfect grapes for making wine.

Maturing from July to September, Sultana grapes are grown in California, Australia, and Turkey and they are very small and oval in shape. With a light green color and a very sugary taste, they are used mostly as raisins after being dried and turning darker in color. In fact, many chefs testify that their taste increases in intensity once they’re dry, making them the perfect commercial raisin.

Blooming from mid-August to early September and mostly in central California, Sweet Jubilee grapes have a clean grape flavor and are very firm and sweet. They are a relatively new variety and have only been around since 2012. They are best eaten either raw or sliced because in most cases, they can be almost as large as an apple. Try them in your salads as well.

Valiant grapes grow from late August to September and they have a high sugar content and a little larger size than regular table grapes. They grow well even in harsh soils and cold weather. They are blue in color and perfect for juicing and jams. They are found mostly in Canada and Alaska and their skin is easy to remove if you need that done. 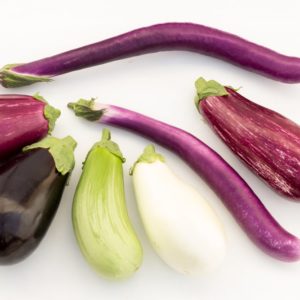 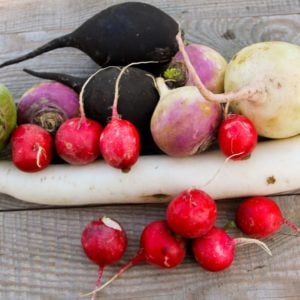