The ancient man shaved with the use of sharp-edged seashells or rocks but the razor only came about in the Middle Ages and the first use of the term appeared in 1290. By the 18th century, the razor industry in Sheffield, England was booming. The Sheffield razor had a curved blade which was slightly backward and thicker on the back. It also had a swivel mechanism to house it when not in use.

Cartridge razors are very simple to use and are one of the most popular types of razor blades. With cartridge razors, you can shave either with or against the grain of hair follicles, and they consist of a flexible center that easily follows the shape of your face, allowing for a much closer shave.

They usually have handles made of either metal or plastic, and the cartridges are replaceable, which means when they get dull all you have to do is buy new cartridges. Cartridge razors offer a very safe shave, and the cartridges usually come in packets of three or more. Some of them, however, can be expensive to replace, but they are still very reliable and effective razors.

With a handle that is permanently attached to the head of the razor, these are made for temporary use only and are meant to be discarded after just a handful of uses. They are usually sold in packs of 10 or 20, and they’re great for traveling because they take up less room in your suitcase than regular razor sets. Although the blades themselves are not the highest quality available, they are still good for emergency use and to keep on hand when you unexpectedly have company in your home. They also come in a variety of colors and styles.

Electric razors are very popular because they don’t need shaving cream, but instead can be used with plain water. In the past few decades, electric razors have improved tremendously and are now more efficient than ever, and they are perfect for people on the go. They are made for both men and women, and they provide a very fast way to shave. Although many people consider the shave you get not as close as cartridge and other types of razors, they do provide a close enough shave for many people, and they are easy to use when you’re in a bind or when you’re on the go.

Safety razors are those that your grandfather shaved with, although they are now making a comeback. Instead of using a double-edge razor, they use single razor blades that sit at the top of the razor, which must be opened to put the blade there.

Only a single blade rubs against the skin, so you get a very close shave. In addition, they have a permanent handle and a metal head that holds the blade, so they are very durable strong razor blades. They usually last for a lifetime when properly cared for, but they also require some getting used to before you are able to use this type of razor blade. Still, most users seem to prefer using this type of blade once they become proficient at it.

Also called cut-throat razors, these consist of a single sharp blade that folds into a handle, which you open when you wish to use it. The blade is permanent and is usually made of a hardened steel, while the handle can be made of bone, horn, wood, plastic, or metal. Often, the blade and/or the handle are engraved and in fact, they can be personalized to the user’s preferences.

One of the main differences in this type of razor is that you never have to replace the blade itself – you simply sharpen it a few times a year. They can be difficult to use if you’ve never used this type of blade before, but once you get used to it, most users find they get the closest shave of their lives with it. 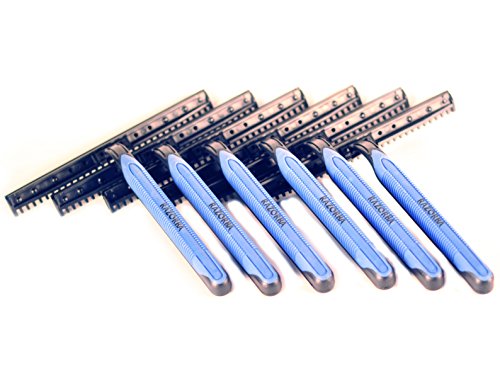 Nowadays, they make special strips that are attached near the blades which have conditioning strips on them, including strips that contain Aloe Vera and other moisturizers. In essence, when you shave with these types of razors you get your skin conditioned the entire time you are shaving, which is especially useful for people shaving sensitive areas such as under the arms and the bikini area. 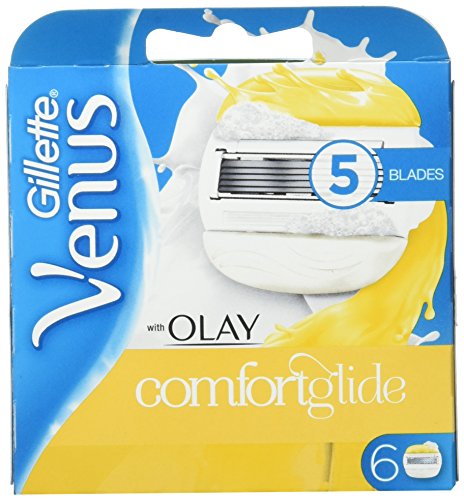 These are strips near the blades that are thick and flexible, allowing you to cushion your skin as you shave it. The strips are, sometimes, a different color than the rest of the blade, and there can be more than one strip included, making this a very comfortable type of blade. Cushioned blades do a great job of giving you a gentler shave, which usually results in less nicks and scratches. 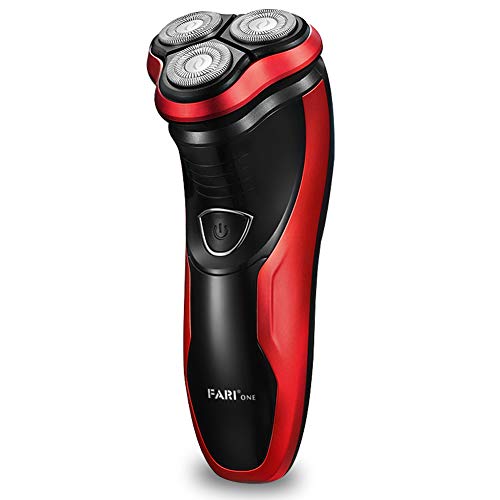 When razors get wet, they sometimes get difficult to hold onto, which is why many razors nowadays have grip handles that allow you to hold it tighter as you shave. There are different types of grip handles, including ones made with ridges and even separate handles that attach to the razor itself. The handles usually have some type of indentions in them that make them a little rougher, which makes them a lot easier to hold onto while shaving.