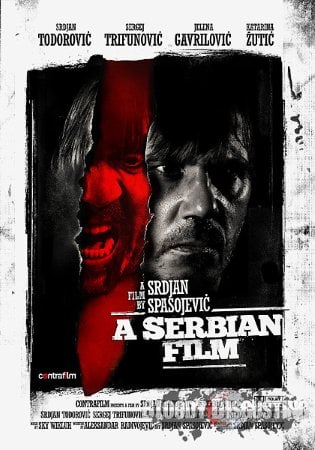 Srpski Film (A Serbian Film) may just be the most controversial and disturbing movie ever made.

The BBFC  Board stated that they recognised that the images are intended to shock, but the sexual and sexualised violence goes beyond what is acceptable under current BBFC Guidelines at ‘18’.  The Board has therefore required 49 individual cuts to the work amounting to approximately three minutes 48 seconds. These include cuts to the juxtaposition of images of children with sexual and sexually violent material.  Although the Board does not regard these images as likely to contravene the Protection of Children Act 1978, the Guidelines state that intervention is most likely with, amongst other things, ‘portrayals of children in a sexualised or abusive context’.

The trailer for the UK release is now online, announcing the film’s release into cinemas on the 10th of December (just in time for Christmas), and on DVD/Blu-ray the 3rd of January.