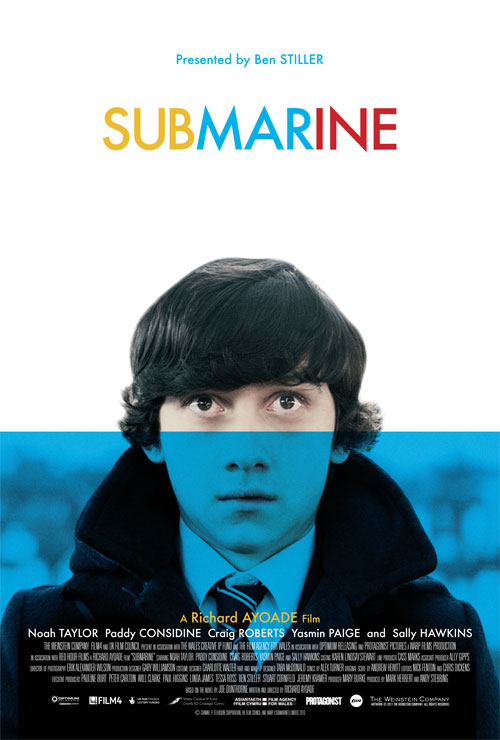 A US trailer for the critically acclaimed quirky UK indie comedy Submarine has been released. The Weinstein Co., who picked up the film in Toronto last year, has finally set a June 3rd release this summer (via Box Office Mojo).  The film has had numerous comparisons to Rushmore and Harold And Maude and stars 15-year-old Craig Roberts stars as Oliver Tate and Sally Hawkins & Paddy Considine.

Here is the official plot synopsis. You can watch the trailer below.

I have been waiting too long for the film of my life. My name is Oliver Tate. This film will capture my particular idiosyncrasies, for example, the way I seduce my classmate Jordana Bevan using only my mind.  Also, since my parents’ marriage is being threatened by a man who runs courses on Mental and Physical Wellbeing, the film will probably feature some elaborate set-pieces of me taking him down. There will be helicopter shots. There will be slow-mo, but also transcendent moments, like when I cure my father’s depression. Knowing me as I do, I will be surprised if this film runs to less than three hours. Note to the press: appropriate adjectives to describe this film include “breath-taking” and “irresistible” as well the phrase: “a monumental achievement”.