Home
Entertainment
Video of the Day: Dive Into An Active Volcano With A GoPro
Prev Article Next Article 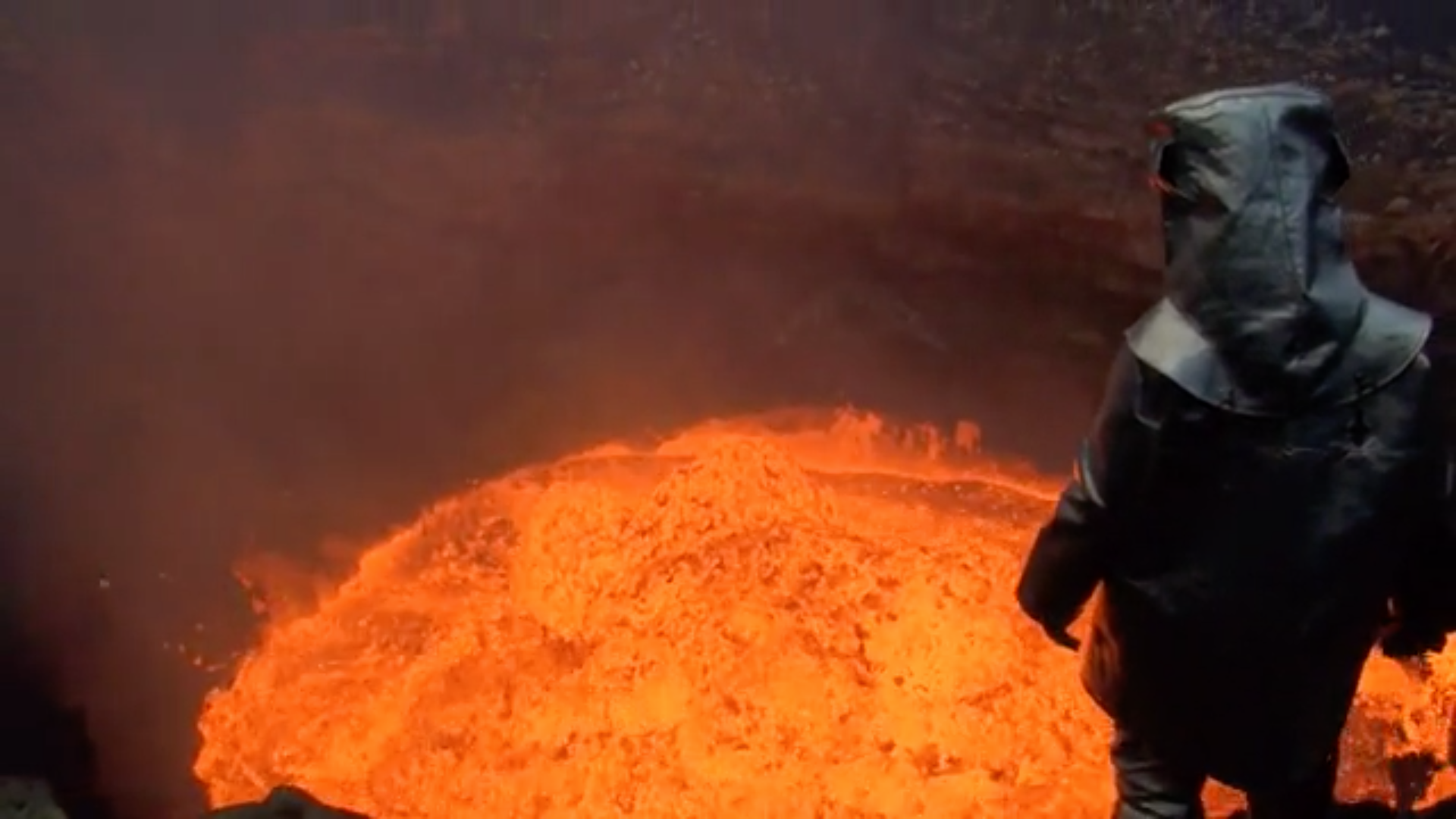 Last month, a group of explorers headed out on a quest directly into the mouth of a live volcano. Documentarian George Kourounis, filmmaker Sam Cossman, filmmaker and photographer Geoff Mackley and guide Brad Ambrose, journeyed deep into the Marum crater — an active volcano in the Vanuatu Archipelago off the coast of Australia — where Cossman shot an incredible video using the GoPro camera, and uploaded it to Vimeo. Kourounis and Cossman spent four days on the volcano and descended twice into the crater. According to Kourounis, the descent was a whopping 1,200 feet. That’s “about as deep as the Empire State Building is tall,” he said. Kourounis is no stranger to chasing danger: the documentarian specializes in capturing extreme forces of nature, including chasing twisters, but the journey into Marum, might be the most intense experience he’s ever had.

Watch the amazing video, posted online this week by Cossman and taken with a GoPro, as well as with a Canon 5D Mark III camera and a Sony NX Cam.