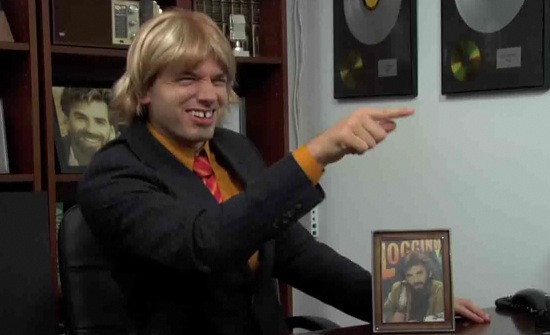 Kenny Loggins recorded so many successful songs for film soundtracks that he was referred to as, King of the Movie Soundtrack. He began with “I’m Alright”, “Mr. Night”, and “Lead the Way” from Caddyshack. Hits followed with “Footloose” and “I’m Free (Heaven Helps the Man)” from Footloose; “Meet Me Halfway” from Over the Top; and “Danger Zone” and “Playing With the Boys” from Top Gun and the list goes on.

In two new Funny or Die videos, Loggins embraces his legacy with his new band Blue Sky Riders and Paul Scheer, performing theme songs to The Help, Transformers: Dark of the Moon, Real Steel, The Twilight Saga: Breaking Dawn Part 1, The Hunger Games and two for The Girl With The Dragon Tattoo.

Via Funny or Die