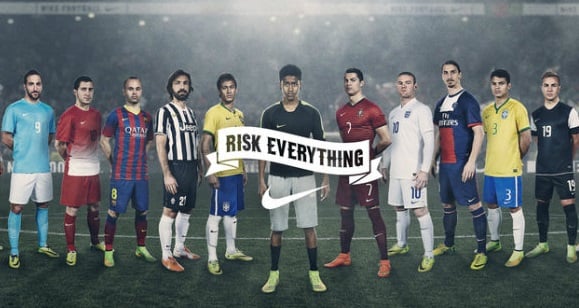 As the World Cup nears this summer, advertisers are taking full advantage of the hype by releasing ads months in advance. Nike is one of those companies, and they’ve recently unveiled their “Winner Stays” ad for Nike Football’s “Risk Everything” campaign. The epic four-minute video includes Football’s elite with the likes of Cristiano Ronaldo, Neymar Jr., Wayne Rooney, Zlatan Ibrahimović, Gerard Piqué, Gonzalo Higuaín, Mario Götze, Eden Hazard, Thiago Silva, Andrea Pirlo, David Luiz, Andrés Iniesta, Thibaut Courtois, and U.S. goalkeeper Tim Howard. But that’s not all: Other celebrities making cameos include Kobe Bryant, Jon Jones, Anderson Silva, Irina Shayk and even the Incredible Hulk. Created in the same spirit and their 2010 campaign “Write the Future,” the ad features stunning ball movement and some much welcomed comic relief. Watch the video below. Enjoy! 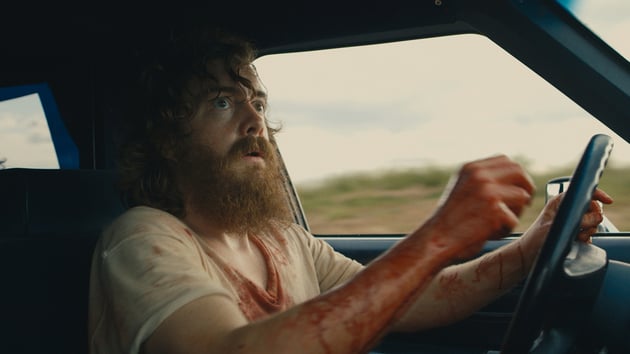 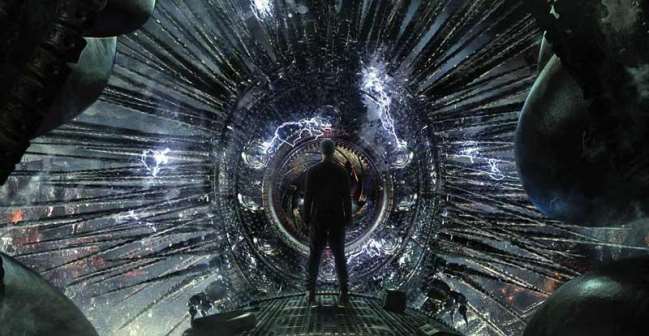