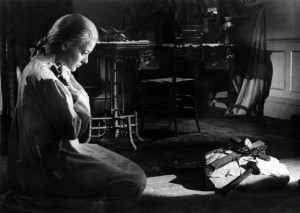 The Cannes Film Festival has long been a venue to court controversy, and filmmaker Luis Buñuel was likewise one who consistently reveled in the divisive. At the 1961 festival, Buñuel  brought his latest release, Viridiana, and the results were spectacular, and spectacularly contentious. The film, which shared Palme d’Or honors with Henri Colpi’s The Long Absence, was subsequently met with charges of blasphemy from the Vatican’s newspaper, and it was promptly banned in Buñuel ‘s native Spain.

The Spanish reaction was particularly critical. Viridiana’s production in Buñuel’s place of birth was already a hot topic. Having left for America and Mexico in 1939, Spain’s surrealist native son was back home, the adamantly leftist filmmaker now working amidst Francisco Franco’s fascist dictatorship. What’s the worst that could happen?

Viridiana is what happened, a gloriously provocative middle finger to so many sacred Spanish establishments, not the least of which was the Catholic church. Spanish officials passed the screenplay (vague written details were easily transferred into scandalous images on film), and the film went unseen until the Cannes screening. Following that, however, anything to do with the picture was ordered to be destroyed. Fortunately, prints were smuggled out and the movie still exits.

Viridiana stars consummate Buñuel dirty old man, Fernando Rey, as Don Jaime, an ailing, wealthy gentleman whose last wish is to see his niece, a nun named Viridiana (Silvia Pinal). She is away at a convent preparing to take her vows and is reluctant to leave. But since her uncle paid for her education, her sense of obligation sends her on her way. We first see the widowed Don Jaime as he looks upon a young girl jumping rope — doing so at his request. The girl is introduced through his lingering gaze upon her bare legs (legs, always legs with Buñuel). Viridiana arrives and Don Jaime immediately comments on her resemblance to his late wife, whom we later see he is more than just enamored by. “You even walk like your aunt,” he tells her. You can see where this is heading. 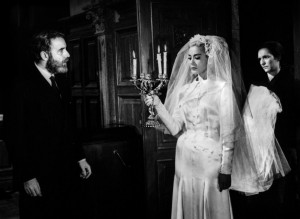 At the house, Viridiana is spied upon and is visibly uncomfortable with Don Jaime and her surroundings. A good example is her failed attempt to milk a cow, the camera emphasizing her reluctance to grip the animal’s teat (get it?). The night before Viridiana is to leave, Don Jaime asks that she do him one favor. She agrees. Cut to her in her aunt’s wedding dress. She’s not happy but she’s complainant. And then he asks her to marry him.

Before the night is over, in a desperate and disturbing effort to keep Viridiana with him, Don Jaime drugs the girl, lays her in bed, begins to undress her, and kisses her. In the morning he tells her, “I made you mine while you slept.” That will keep her away from the convent. He didn’t really though, confessing that he only possessed her in his thoughts. As if she wasn’t ready to leave before!

Viridiana is about to head to the convent when she is urgently called back to the house. Don Jaime has hung himself (with the jump rope). Guilt-ridden, Viridiana stays on at the house and is soon joined by Don Jaime’s estranged son, Jorge (Francisco Rabal), and his girlfriend. While Jorge tends to the property, Viridiana attempts to make penance by taking in a group of derelicts, assigning them various tasks around the residence. She has a heart of gold, as one bum notes, but, as another declares, “she’s a little nutty.” Jealous of Viridiana, Jorge’s girlfriend leaves, and he instantly seduces Ramona (Margarita Lozano), one of the servants. He criticizes his cousin’s piousness, but it’s clear there’s also some attraction there as well. 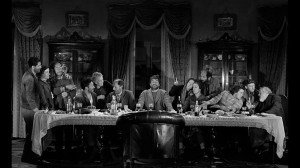 One evening, Viridiana and Jorge are called away, and she naively leaves the house under the supervision of some of the more “responsible” new tenants. Left to their own devices and vices, all hell breaks loose in a menagerie of drunkenness, debauchery, and general misbehavior. The peak of this assault on decency is a mocking tableau of Leonardo da Vinci’s “The Last Supper”; the icing on the irreverent cake is when, rather than photographing the group at the table, as she said she would, one of the female vagrants lifts her dress and flashes everyone. Jorge and Viridiana return to the chaos (whereupon she is almost raped by one of the men she helped to shelter), the tramps disperse, and in a day or so things appear back to normal. Jorge is now firmly involved sexually with Ramona, and when Viridiana stops by the room where there two of them are supposedly playing cards, Jorge invites her in. Ambiguous glances are exchanged and the three of them sit down at the card table together. “You know,” says Jorge to Viridiana, “the first time I saw you, I thought, ‘My cousin and I will end up shuffling the deck together.'” The camera retreats from the room. The end. Originally, just Jorge and Viridiana were to be left in the room together, but that was deemed indecent. Adding another women is much better. 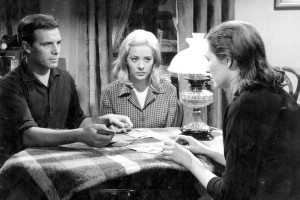 Viridiana takes on multiple social and cultural conventions in its varying insinuations, some more subtle than others, but in typical Buñuel fashion, it’s religion that bears the brunt of his humorous, challenging, perhaps even affectionate, criticism. Religious imagery is skewered, in the form of a crucifix that reveals a knife (which actually existed) and a crown of thorns set ablaze. Even the use of the Hallejujah chorus from Handel’s “The Messiah” seems included to inflame. But it’s all in good fun, at least to fans of Buñuel.

Whatever its reception, Viridiana was a major film for Luis Buñuel. While many of his movies in Mexico were quite good — some, in fact, are among his best — they weren’t usually enough to put him on the world stage. (Cannes was good to Buñuel during these years though; five of his Mexican features won or were nominated for various awards at the festival.) But what followed was a brilliant, nearly unparalleled succession of extraordinary work. From Viridiana to That Obscure Object of Desire in 1977, Buñuel directed one great film after another, nearly all, like Viridiana, succeeding in at least getting people to talk. 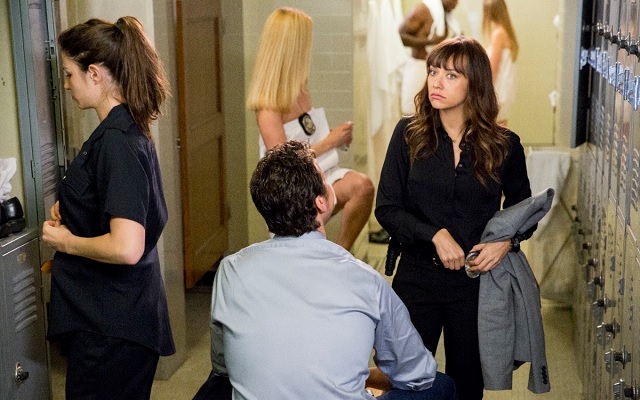 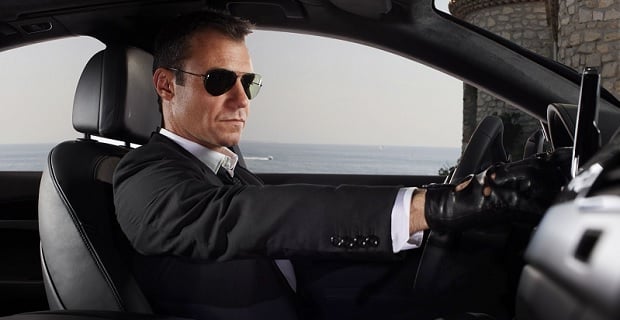