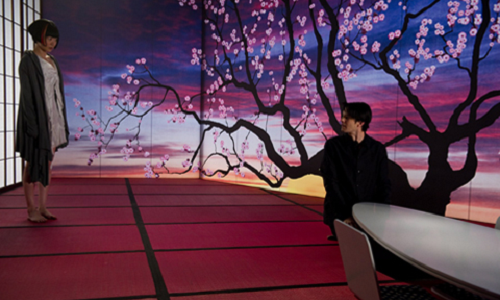 The Matrix is one of the most well-regarded science fiction films of the last 20 years, and played a large role in establishing directors Andy and Lana Wachowski as people to watch out for in the filmmaking world. While their follow-up effort to the Matrix trilogy, Speed Racer, wasn’t as financially successful, the siblings were seemingly not discouraged, as is evidenced by their upcoming project, an adaptation of David Mitchell’s novel Cloud Atlas. The Wachowskis share directing and screenwriting duties with Run Lola Run mastermind Tom Tykwer, and have assembled a cast that includes Tom Hanks, Halle Berry, Ben Whishaw, Jim Sturgess, Jim Broadbent, Hugo Weaving, Hugh Grant, Keith David, Susan Sarandon, Doona Bae, and James D’Arcy. An extended trailer for the movie, clocking in at nearly 6 minutes,  has now been released, and can be seen below.