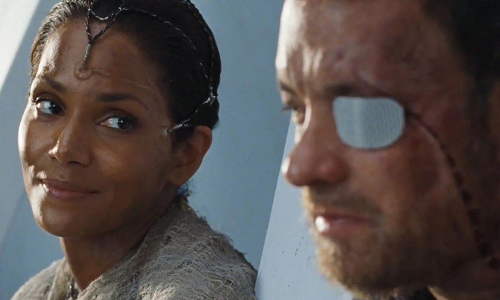 Despite mixed reviews on the quality of the sequels, 1999’s The Matrix remains an undisputed classic in the science fiction genre, establishing the Wachowski siblings as an exciting new force in cinema. Thus, when news emerged that the duo would be adapting the David Mitchell novel Cloud Atlas, many were excited at the idea, which was only heightened by the nearly 6-minute trailer to the film released earlier this year. Tom Tykwer, director of Run Lola Run and The International, also takes on co-directing and co-writing duties for this project, which stars Tom Hanks, Halle Berry, Hugo Weaving, Jim Broadbent, Ben Whishaw, Keith David, Hugh Grant, Jim Sturgess, Susan Sarandon, and Doona Bae. A new trailer for the movie, with a shorter running time than the first, has now been released, and can be seen below.