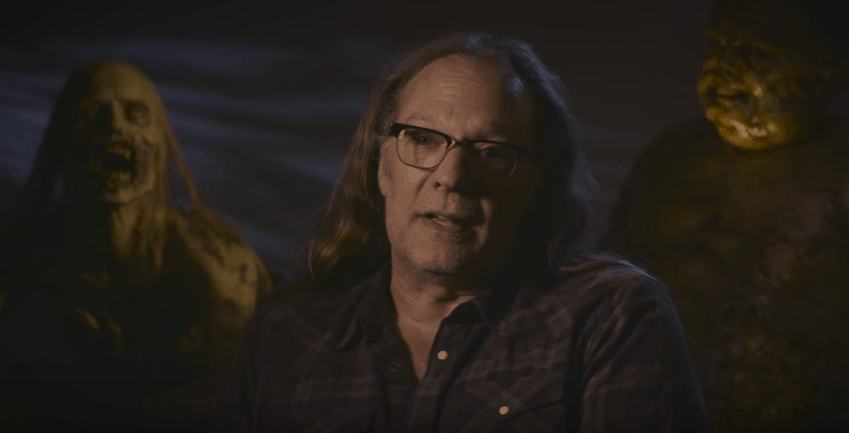 Personally, I like a screen to be between me and any flesh-hungry zombies, real or otherwise. I don’t need some animatronic ghoul making eyes at my kidneys, no sir. But a lot of people have more mettle than me, and for those people AMC’s hugely successful The Walking Dead is getting its very own theme park attraction. Obviously, the park features no real zombies, though…..come to think of it, I would totally watch that movie. Zombie-themed park? That could totally work. Even got a tagline built in: “Death Finds a Way”. Call me, Hollywood producers.

But anyway, the new attraction at Universal Studios Hollywood is set to bring attendees into the world of The Walking Dead, and what better way to bring the show to life than with legendary makeup and effects artist Greg Nicotero, who’s been working on the show since day one. Of course, gore fans will know Nicotero from far before his time on The Walking Dead. He’s worked on classic horror fare like Evil Dead 2 and From Dusk Till Dawn, and even a host of Tarantino films. Personally, I’ll always treasure his work on a little-seen but super fun little horror flick called The Intruder. Nicotero’s presence overseeing the animatronics and effects on The Walking Dead‘s attraction at Universal Studios is prettymuch a guarantee that attendees will be in for something special.

Have a look for yourself with a new video promoting the attraction below.