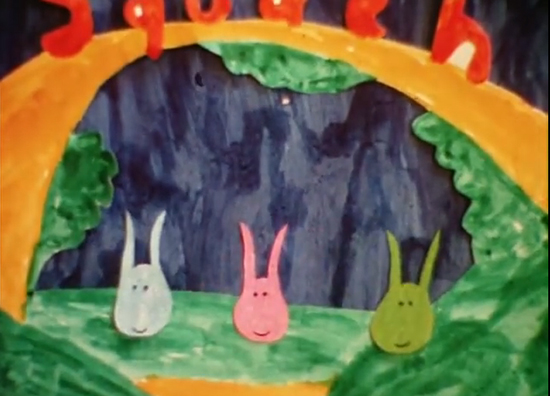 Lars von Trier, the Danish director of Melancholia, Antichrist and this year’s Nymphomaniac, made a stop-motion, animated short film called Turen til Squashland… En Super Pølse Film, in 1967 when he was just 11 years old.

The short was shared online Wednesday and features a sausage rescuing three dancing bunnies while riding a giant whale. The film is attributed to “Lars Trier”, and if you can put aside the “persona non grata” jokes and the short’s headless rabbits, it’s actually fairly adorable. The hand colored design looks age appropriate but the cloud announcing the title and whale’s spout that saves the rabbit are quite charming. Watch the video below: