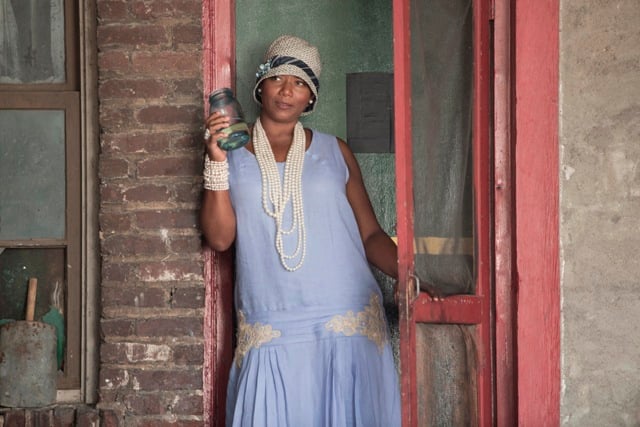 The latest in HBO original films will bring the story of legendary iconic blues singer Bessie Smith to life with an all star cast and a notable director. The biopic is directed by Dee Rees, best known for her award winning feature film Pariah about a young girl discovering her sexual and gender identity in the inner city. The biopic is executive produced and stars Queen Latifah, an actress who has proven herself as a musical performer in the film adaptation of musical Chicago and as a dramatic presence in the Television movie Life Support. Also notable in the cast are Michael Kenneth Williams, Khandi Alexander, Mike Epps, Tika Sumpter, Tory Kittles, Oliver Platt, Bryan Greenberg, with Charles S. Dutton and Mo’Nique.

Here is the synopsis:

“Queen Latifah stars as legendary blues singer Bessie Smith in this HBO Films presentation, directed by acclaimed filmmaker Dee Rees from a screenplay by Dee Rees and Christopher Cleveland & Bettina Gilois. With a story by Dee Rees and Horton Foote, the film focuses on Smith’s transformation from a struggling young singer into “The Empress of the Blues,” who became one of the most successful recording artists of the 1920s and is an enduring icon today.”

The teaser offers a glimpse at Bessie Smiths’s long and turbulent road to stardom, which looks visually compelling and intense.

Watch the teaser trailer below: