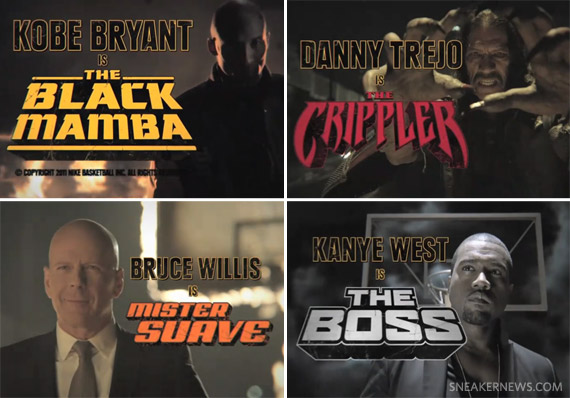 Director Robert Rodriguez (Desperado, Machete, Sin City) premiered his short film The Black Mamba starring Los Angeles Lakers star Kobe Bryant during the NBA All Star weekend. Rodriguez, Bryant, along with Bruce Willis, Danny Trejo and Kanye West, delivered the first ever basketball-influenced grindhouse short called The Black Mamba. It fits very comfortably into the grindhouse wheelhouse for Rodriguez, so if you’re a fan of Planet Terror and Machete, this is definitely worth a watch. Enjoy !