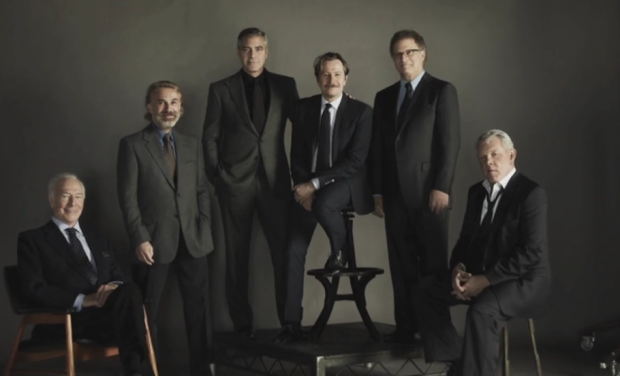 Every year in the month of December, The Hollywood Reporter invites a selection of actors, actresses, writers and directors of the year’s best films to sit down and discuss them. We recently posted the release of the director’s roundtable but now THR has dropped video for the actors roundtable, which features George Clooney of The Descendants, Christopher Plummer of Beginners, Gary Oldman of Tinker, Tailor, Solider, Spy, Christoph Waltz of Carnage, Albert Brooks of Drive and Nick Nolte of Warrior . All the men have a good shot at multiple award nominations, but why is Michael Fassbender (arguably the actor of the year) missing? Here is the video.

Thanks to The Hollywood Reporter for putting this together.