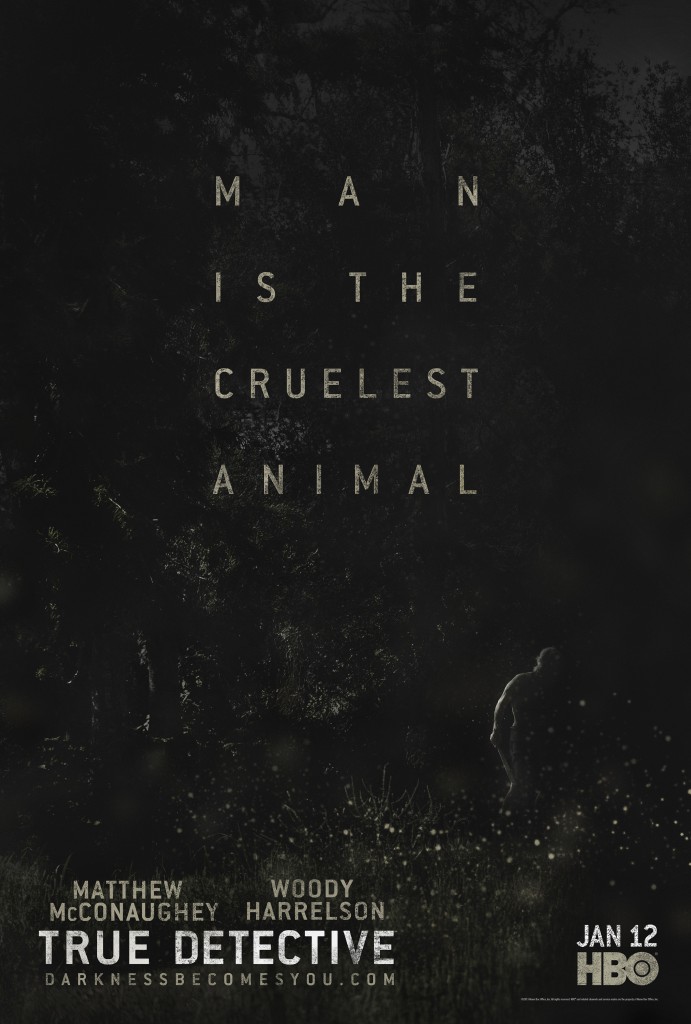 Not too long ago, we posted the first trailer for HBO’s upcoming crime drama True Detective (a show I will be reviewing in the new year). Nic Pizzolatto penned the project with Cary Fukunaga (Sin Nombre, Jane Eyre) who’s on board to direct all eight instalments. The show stars Woody Harrelson and Matthew McConaughey as a pair of detectives who investigate a set of murders Louisiana in 1995. True Detective’s first season will follow the 17-year hunt for the serial killer with following seasons replacing the cast and story, much like the format used in the hit series, American Horror Story. HBO has recently released another awesome, ominous trailer for the HBO limited series (which you can watch below), along with the beautiful teaser poster seen above.

They have also launched the companion site darknessbecomesyou.com, which contains images, animations, videos and interactive features that reveal and conceal simultaneously, glimpses into the world of True Detective. Be sure to check out the two new character pieces (“Intro to Cohle” and “Intro to Hart”), although I should warn you, the site isn’t very user friendly.