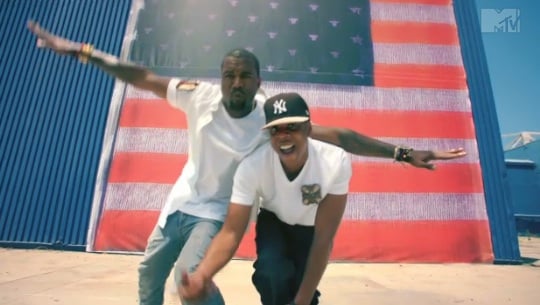 Jay-Z and Kanye West have released a new collaborative album under their new namesake The Throne, and who better to direct the music video for the first single, than director Spike Jonze (Sabotage, Where the Wild Things Are). The video aired which simultaneously on MTV, MTV2, mtvU, MTV.com and BET at around 9 p.m. EST Thursday night, features the typical Jonze youthful, delinquent vibe seen in his collaborations with the Beastie Boys. “Otis” is built on a sample of “Try a Little Tenderness” by Otis Redding. It’s the first single off of their highly-anticipated collaborative album “Watch the Throne.” Check out the video below. Enjoy!