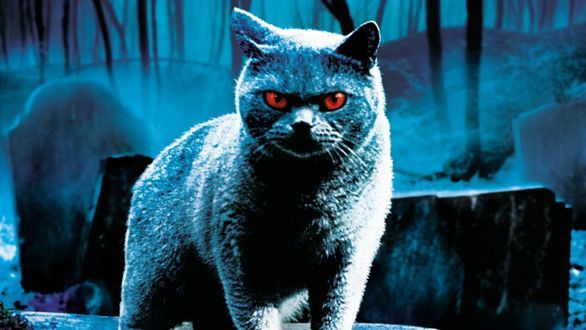 I first saw Pet Sematary (no, that’s not a mispell) in the same way that I saw a lot of the big, essential genre/horror movies for the first time: on the Saturday night double-bill on Space, the Canadian sci-fi channel. I can’t even count how many Saturday nights I spent glued to the TV, watching schlock and classics (and classics of schlock) and having my tastes as a film geek molded in ways I’m still discovering. I’m not sure I’ve actually ever gone back and revisited that, despite having a copy that I got as a birthday present, but I’m thinking now might be the time. A new documentary is on its way, the latest in what seems like a trend of genre film docs chronicling the stories behind the mainstays of sci-fi and horror.

The doc, from writer directors Justin White and John Campopiano, looks like a must-see for Pet Sematary fans, offering never-before-seen interviews with Stephen King, the director Mary Lambert, stars Denise Crosby and Dale Midkliff, and probably a metric ton of anecdotes from the filming. The Documentary will release in October, but committed fans who order in advance will get their copy early, along with a t-shirt, poster and stickers.

Check out the trailer below!