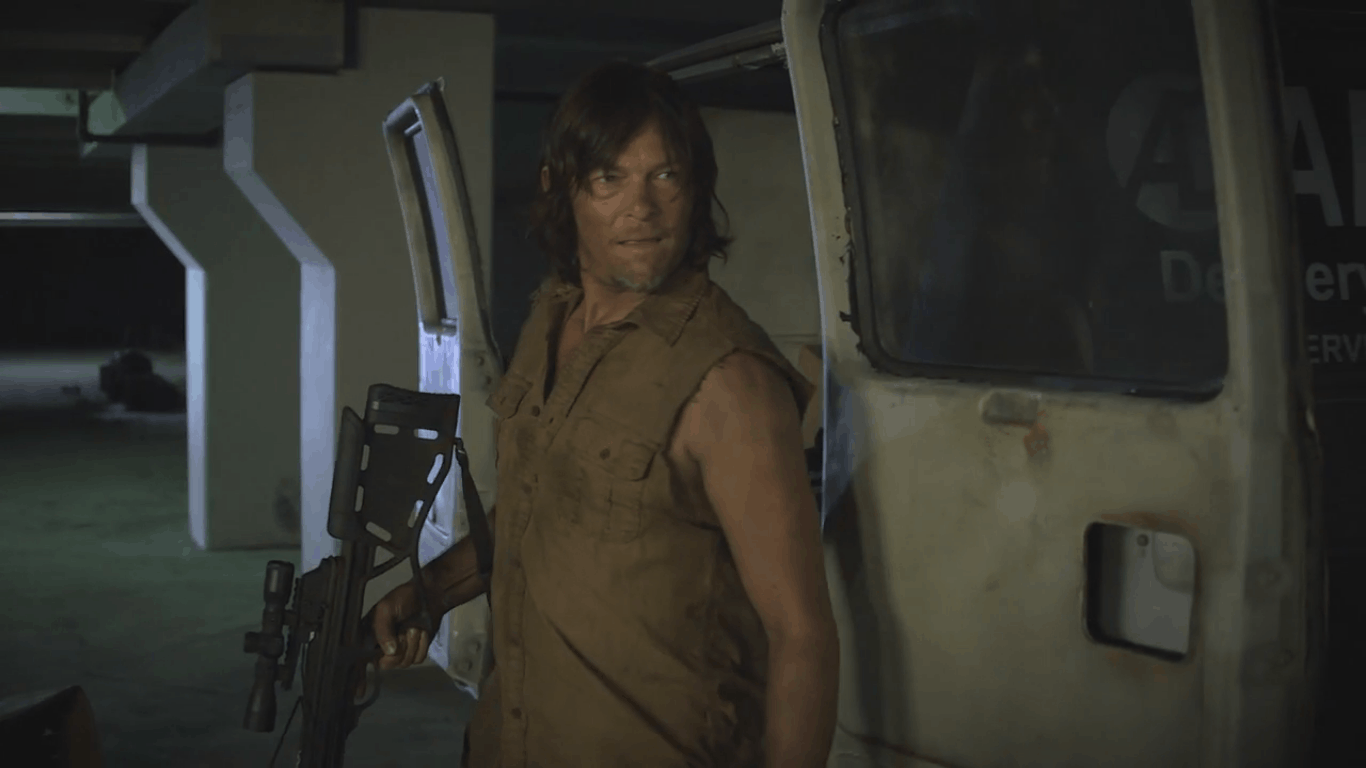 If you’ve ever found yourself locked in a “show vs comic” debate with a fan of AMC’s The Walking Dead, odds are that your verbal sparring partner broke out every show fan’s favorite one-word argument: Daryl. While we comic fans can boast better storytelling, pacing and a version of Andrea that isn’t terrible (am I betraying my bias?), show fans rest a large amount of their love for the televised version of Robert Kirkman’s zombie saga on a certain crossbow-wielding redneck. And I suppose there are worse reasons to love the show. Actor Norman Reedus does have a certain on-screen charm, and while comic proponents could probably raise some kind of argument against the realism of Daryl’s signature crossbow as a longterm survival option in a zombie apocalypse, that argument falls rather flaccid when you point out katana-wielding murder machine standing just off to one side. And that’s not even getting into Sheba. Has the show done Sheba yet?

Reedus recently made an appearance on Jimmy Kimmel, to promote both the upcoming second half of The Walking Dead‘s sixth season, and his upcoming action thriller Triple 9. This being Jimmy Kimmel, Reedus took the time to poke some fun at The Walking Dead, and one of the latest trends in technology: hoverboards. Or rather, those two wheeled scooter things that definitely DO NOT HOVER but call themselves hoverboards anyway so that we can pretend we live in Back to the Future 2. It’s a fun little sketch for Walking Dead fans, and well worth a few minutes of your time.

You can check out the segment below.