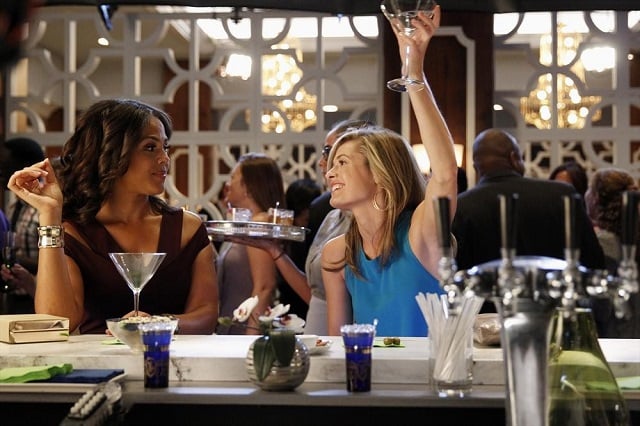 Back in the Game, Season 1, Episode 4, “The Change Up”
Written by Joe Lawson
Directed by Eyal Gordin
Airs Wednesdays at 8:30pm EST on ABC

Wednesday night is shaping up to be the worst night of the week for network television. Week after week the comedies continue to disappoint for a number of different reasons. New shows such as Back in the Game and Super Fun Night struggle to find their footing, some incorporating too much whilst others not enough. This week’s episode of Back in the Game, “The Change Up” returns to the awkward narrative structure we first saw in the pilot and once again it doesn’t work. The biggest problem with the show is that it continues to send the completely wrong message. Each week Terry must overcome sexist male obstacles in order to achieve. This week even more generalisation is incorporated into the show when we see Danny completely change his image to get the girl. “The Change Up” suggests that all girls desire a bad boy, which not only is absurd and offensive, it also sends the wrong message to young boys everywhere. The most frustrating part about this is that Danny has to go through some form of humiliation before realising something he should have already been taught by Terry.

The Goldbergs is continuing to dominate the other family-driven sitcoms, and with it delivering almost the exact same plot from last week’s Back in the Game episode, it’s hard not to compare the two shows. The most obvious problem with Back in the Game is the difference between the characters George Segal and James Caan are playing. Although they are a similar type, Segal’s character is generally more likeable. Audiences can connect better to a nicer character and this is hard to do with Back in the Game as none of the characters are particularly likeable at the moment. Although this week’s episode moves the story forward slightly, it feels like something else is missing. The current story arcs aren’t enough to keep the audience interested as they do not appear to worth investing time in. The same can also be said for the development in this week’s episode of Super Fun Night. 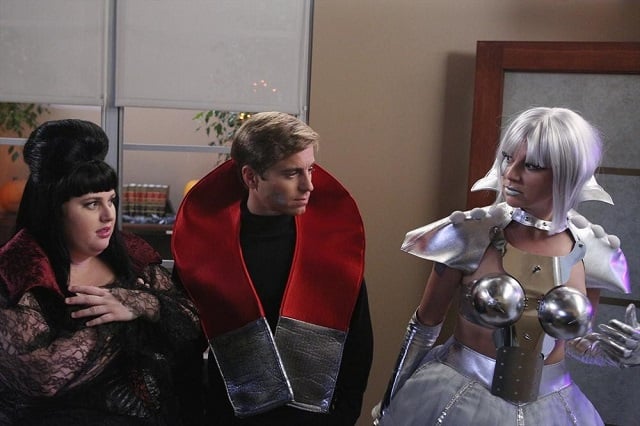 Following last Sunday’s FOX Animation Domination Halloween installments, Super Fun Night delivers the first of many holiday-themed episodes the remainder of this month will see. Like a number of other Halloween TV Specials, “Chick or Treat” focuses on the importance of costumes. Unlike the animated sitcom’s Halloween episodes, this week’s Super Fun Night manages to incorporate the holiday as it moves the narrative forward at the same time. So far the focus of the show has been on how Kimmie desires Richard and fails to get that across. The antagonist of the show has been the rather slender and vain Kendall and throughout she has done nothing but throw herself at him. The office Halloween party provides a good excuse to propel Kimmie into making a move with Richard and expressing her feelings.

One aspect that continues to distract about Super Fun Night is its approach. The format of the show does not follow the standard situation comedy layout, instead functioning more like a romantic comedy film would, with moments that stand out because they are constructed in a way that make the audience empathise. The best example of this is when Kimmie asks Richard to meet her upstairs as she changes into a costume that he finds attractive. As we see Richard canoodle with Kendall before meeting Kimmie, the unpleasant outcome is inevitable. As mentioned above, Super Fun Night is really lacking diversity in its story lines. Similarly to New Girl at the moment, Super Fun Night is too focused on the Kimmie-Richard-Kendall love triangle. Although it’s great to see Marika and Helen-Alice away from Kimmie this week, the show still needs more interesting storylines for these other characters.

The episode ends with a performance of Bobby Pickett’s “Monster Mash” which takes place at a completely different location and set. Although it’s fairly entertaining, fun and fitting to the theme, it makes the episode feel disjointed. Super Fun Night is really struggling to define its format at the moment and the musical numbers add to the confusion. If it was any other show the spontaneous outburst would be cast as part of the special Halloween episode. As we also saw a musical number in the first episode, it’s hard to decipher if this is going to be a regular thing or not. 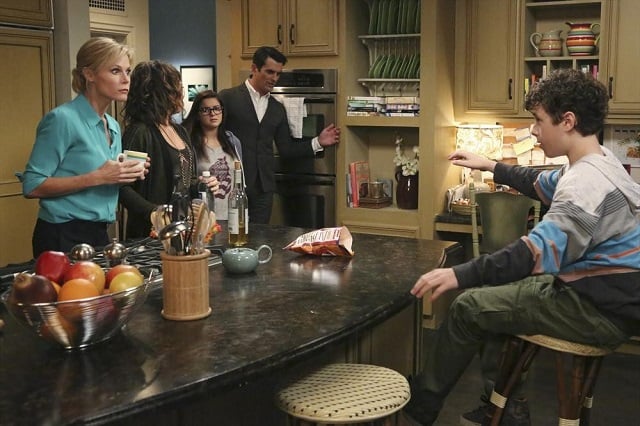 However it’s not just the recent network comedies that are letting down Wednesday’s line-up. Modern Family has grown quite disappointing as of late as it continues to struggle with balancing comedy and plot progression. Whether the episodes have been entertaining or not, the show is failing to move the narrative forward right now. With the season premiere establishing so much change, it’s fair to say Modern Family has slowed down significantly since then. Last week marked the show’s 100th episode, but “The Late Show” would have been more suitable as the milestone episode, as last week’s “Farm Strong” didn’t do anything spectacular.

The episode this week focuses on how the entire family manage to be late to a restaurant with a very strict reservation policy. Throughout the audience are presented with each family’s night and exactly why they are late. Although it does most things right, unraveling all the narratives and bringing the group together quite nicely, it’s not the right time for an episode like this; there is no real point to the episode. As a milestone, a simple celebration of the show’s form and history would be acceptable, but outside of that context, it’s lacking, as it doesn’t include any real development. There are a few amusing moments but “The Late Show” doesn’t really make an impact to the season. Pleasant is not enough when a usually consistently good show has been declining in quality since its previous season. 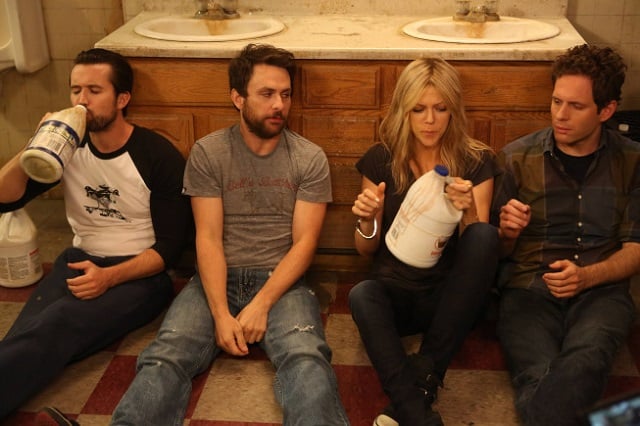 With The League taking a turn for the worse, it’s up to It’s Always Sunny to provide any real entertainment on Wednesday nights. Following its strong and hilarious 100th episode last week, “The Gang Gets Quarantined” delivers, bringing the comedy and helping to salvage the night. Sitcoms are often formulaic and the funnier shows tend to be those who steer into the skid rather than trying to avoid it, opting for character dynamics that never really change. It’s Always Sunny in Philadelphia is a perfect example of this, as are Arrested Development and The Simpsons. It’s Always Sunny continues to entertain even in its ninth season because it doesn’t try to change its characters, taking a different approach from Modern Family and the other Wednesday comedies, and instead focuses on placing our leads in creative and hilarious situations each week. If the other Wednesday comedies are going to prioritize character relationships and dynamics, they need to bring that element to every episode. If not, they should drop the pretense all together and instead aim for what It’s Always Sunny is doing- cramming as much humor as possible into each episode. 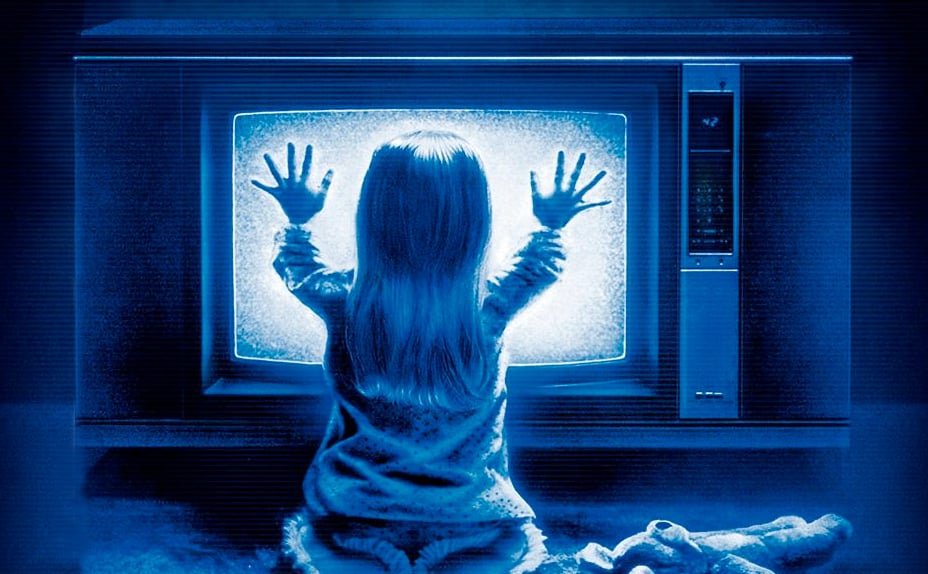 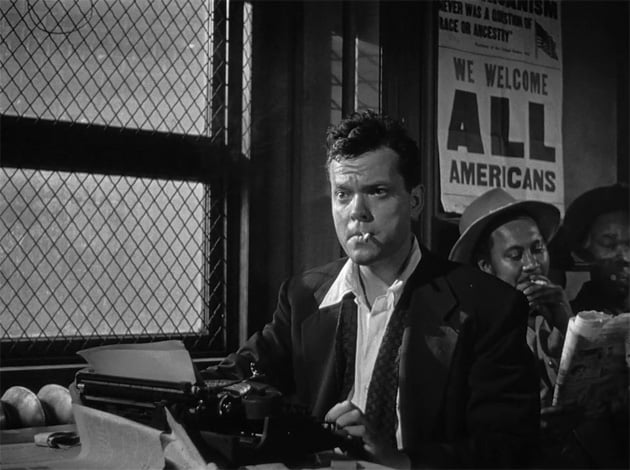