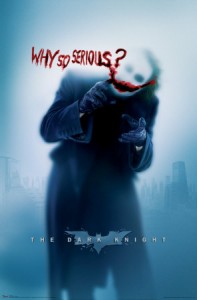 Warner Bros. is keeping the lid firmly sealed on any information about the Dark Knight sequel. At this time there is no title, shooting schedule or story that has been released by the studio. We do know that Christian Bale will play the Caped Crusader and Chris Nolan is notched to direct. We also know The Dark Knight follow up is set to hit theaters on July 20, 2012. Which is shaping up to be a big summer for movies with Star Trek 2, The Avengers and Peter Berg’s Battleship also slated for release.