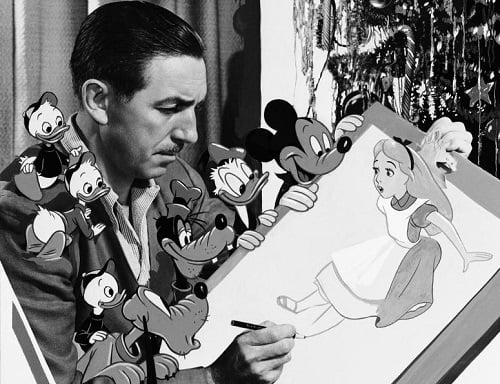 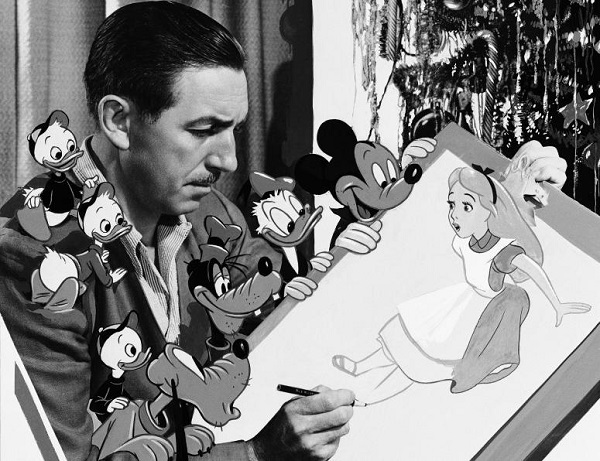 When the work of the Walt Disney Company is referenced in popular culture, it is often generalized and boiled down to princesses, Mickey Mouse, and fireworks over Cinderella’s castle as music swells. (“Get your Disney World vacation planning DVD today!”) Unfortunately, this is an extremely simplified image of the company and its legacy in feature films. In the 77 years since Snow White and the Seven Dwarfs, the Walt Disney Company’s feature films have gone through distinctive eras. There was the rise of Disney live-action, the decade following Walt Disney’s death, the era of acquisition (Marvel, LucasFilm), and the first and second animation renaissance periods, to name a few.

To give a broader view of the Walt Disney feature film, it is easiest to look at some of these specific eras and pick out the good, the best, and the worst representations of that era. This is by no means a comprehensive look at its entire history, so let’s focus on four eras: The Walt Years, Post-Walt’s Death, ’90s live-action, and the second animation renaissance. The first two categories were no-brainers. It is impossible to talk about the Walt Disney Company’s history without looking at the impact Walt had in his lifetime and the company’s struggle to define itself after his death. The latter two periods were chosen because the first animation renaissance of the late ’80s and early 90’s has been thoroughly analyzed by many other film critics. For more on that era, check out Katie Wong’s great piece on 1991’s Beauty and the Beast.

The Walt Years span from the release of Snow White and the Seven Dwarfs up through 1966’s Follow Me, Boys!, the final film released before his death. During this time, he oversaw over a dozen animated features, 11 “hybrids” (mix of live-action and animation), and 50 live-action feature films, not to mention a string of nature documentaries.

The fairy-tale adaptations in this era had a healthy dose of horror woven in, from the queen’s ghastly transformation in Snow White and the Seven Dwarfs to Maleficent summoning the forces of hell in Sleeping Beauty. The live-action feature films, with a few exceptions, were either adaptations of popular books (Treasure Island), fairy tales of other cultures (Darby O’Gill and the Little People), or folk heroes coming to life (Davy Crockett, Rob Roy). They made use of TV actors in between seasons of their shows and provided mild, inoffensive family entertainment that was less risky than films like Pinocchio with its island of donkey-boys. As for the hybrids, many of those films were made with the purpose of perfecting the technology as much as telling a story.

Pinocchio is fondly remembered for “When You Wish Upon a Star”, which has become an unofficial theme song for the Walt Disney Company. With the exception of the very beginning and very end of Pinocchio, however, the story is terrifying. Images like the monstrous whale, lifeless puppets dancing alongside Pinocchio, and donkey-boys being herded into cages tap into these base fears, and everything is intensified because this naïve puppet-child is isolated from his father. One of the biggest challenges of screenwriting is putting protagonists into impossible situations and finding a way out of danger; there are few protagonists who go through the hellish nightmare of Pinocchio. It is frightening for children and adults alike, and yet the film has this genuine heart and sweetness in the characters of Jiminy Cricket and Geppetto. For that reason, Pinocchio might not be as recognizable in this era as Cinderella or Sleeping Beauty, but it is one of Disney’s most enduring classics and a perfect representation of this era.

It can be argued that Walt Disney’s entire career was building up to Mary Poppins. Some of his earliest work was a series of shorts involving a little girl named Alice entering an animated world, and films like Song of the South proved that this technique could be used in cinematic storytelling to great effect. He had been collaborating with the Sherman brothers since the early 1960s, and their familiarity and previous successful collaborations paid off in some of their best work, “Feed the Birds” and “Chim Chim Cher-ee”. For decades, Walt Disney had overseen adaptations of classic works from Treasure Island to Babes in Toyland, and while P.L. Travers had her problems with Mary Poppins, it cannot be denied that Julie Andrews is the face of Mary Poppins. The film is a culmination of Walt Disney’s career, premiering only a few years before his death, and it succeeds as film for the entire family without being condescending or overly saccharine to its audience.

Walt Disney was fascinated with the world of the future, which came through in his plans for Tomorrowland and Epcot at his theme parks. Unfortunately, the joy of discovery and excitement of space travel are entirely absent in 1962’s Moon Pilot. Richmond Talbot, the film’s protagonist, does not go into space until the last few minutes, and he never makes it to the moon, opting to sing a song with a sexy alien and travel to her home planet instead. This is a movie made up entirely of filler and has nothing to recommend about it, an uncreative, uninspired waste of time and money.

Honorable Mention – 20,000 Leagues Under the Sea

The performances of Kirk Douglas, James Mason, and character actor extraordinaire Peter Lorre are enough to recommend 20,000 Leagues Under the Sea, but the nightmare-inducing squid attack cements the film as a Disney classic.