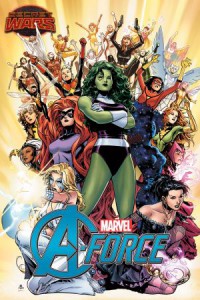 A-Force #1 might not be the subtlest of comics, but it’s a big damn celebration of the great female superheroes that populate Marvel’s library of characters. The story is set in Arcadia, one of the lands of Battleworld, which was established in Secret Wars #2. It is ostensibly a matriarchal utopia ruled by Baroness She-Hulk, but, in fact, it is still under the control of God Emperor Doom, which instigates the conflict of the series.

Beginning with some hoity toity sounding voice-over narration, writers Marguerite Bennett and G. Willow Wilson build a utopia full of women enjoying equality in society with a variety of roles, but then they introduce the divine right monarchy of Doom, which causes some of these heroic women to compromise, showing the tension between the patriarchy and feminism that still exists in the majority societies.

Okay, that last sentence made A-Force #1 sound like a gender studies paper. It’s definitely not. Artist Jorge Molina (with help from co-inker Craig Yeung) is equally comfortable showing the heroes of A-Force at play, flying through the air, punching sharks, and getting a case of the feels. His art balances the two layers of the story with closed spaces with a shade cast over the heroes’ bright costumes for the scenes having to do with Battleworld and being ruled by Doom to more open panels when A-Force starts kicking ass or flying. Molina’s art hits a new level when characters take off into the bright skies of Arcadia. 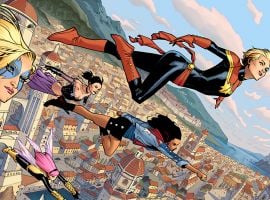 Colorists Laura Martin and Matt Milla help Bennett, Wilson, and Molina establish the characters, like a bright yellow sunburst for the 80s disco version (and arguably the definitive) Dazzler and a purple magic energy for Nico Minoru (aka Sister Grimm), who starred in the fan favorite teen superhero comic Runaways. Captain Marvel doesn’t need a fancy color scheme for her intro, but just her big fist facing the reader.

The plot of A-Force #1 sometimes seems thrown together with plot devices and characters coming out of thin air. (Case in point: a version of Thor that looks like The Falcon.) But they all follow the rules that Bennett, Wilson, or Jonathan Hickman in Secret Wars set up, like maintaining the boundaries of Battleworld because God King Doom said so. Or because it just follows the rule of cool.

Bennett, Wilson, and Molina have a good read on what fans of recently underused characters, like female Loki, Ms. America (from Young Avengers), and Nico want to see. So, there is a lot of haughty posturing from Loki, lots of punching and fearlessness from Ms. America, and dark magic and angst from Nico along with romantic tension between certain characters.

However, Marguerite Bennett and G. Willow Wilson use these character traits not for mere fanservice, but to further the story. Things like Dazzler’s light powers and She-Hulk’s conflict between being a lawyer and superhero play a pivotal role in the little details and big picture of A-Force. Even Molina’s position and framing of figures helps further characterization, like the use of extreme close-ups on Nico, who is a more emotional character versus She-Hulk, who towers over some panels to show the weight of leadership on her.

On the surface, A-Force #1 seems like a gaudy, punch-filled, and occasionally funny tribute to Marvel’s female superheroes. But it has many interesting feminist metaphors hiding beneath the shiny white jump suits and Jean Grey Easter Eggs and has time for its characters too. 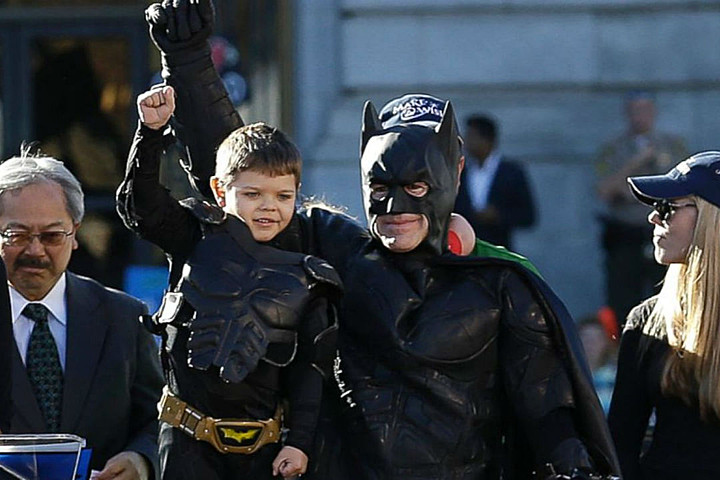 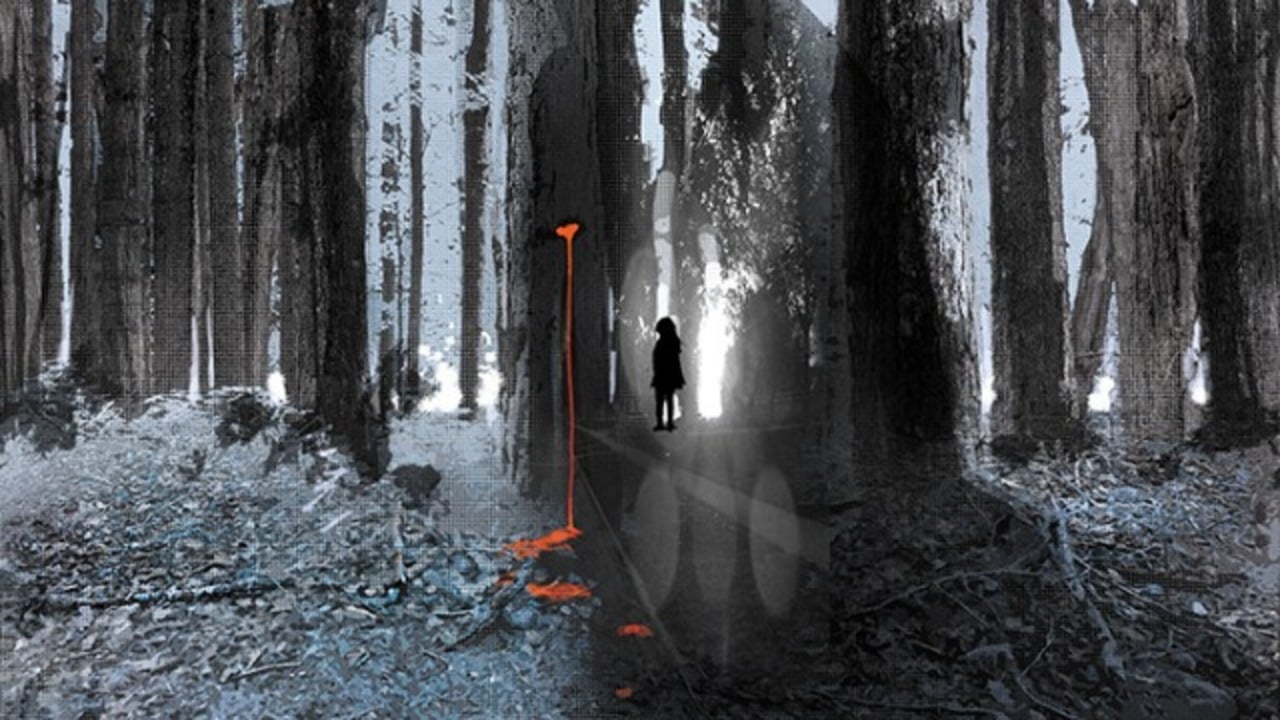