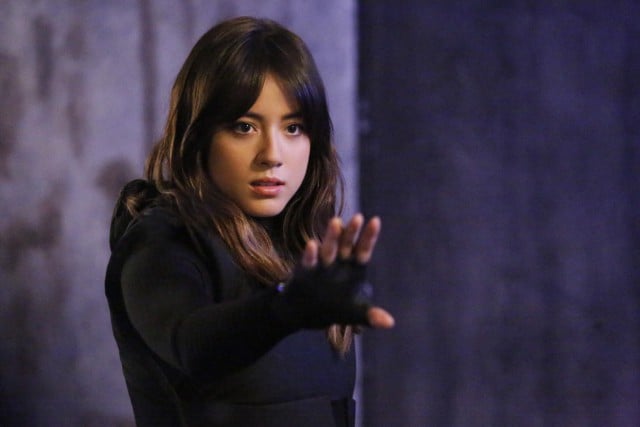 After an overloaded plot in “The Frenemy of My Enemy”, nitpicky writing inconsistencies in “Melinda”, and Lincoln’s exposition dump in “Afterlife”, Agents of SHIELD delivers one of the best episodes of the show so far with “The Dirty Half Dozen”. Picking up right where “The Frenemy of My Enemy” leaves off, Gordon rescues Skye and Calvin and brings them back to Afterlife. When he returns for Lincoln, however, he is injured and narrowly escapes being captured by Hydra. Skye is determined to rescue Lincoln, despite Jiaying’s objections, and she returns to SHIELD to save Deathlok and Lincoln. As always, other characters, including Coulson and Gonzales, have hidden agendas and their own reasons for agreeing to the mission.

The direction in “The Dirty Half Dozen” is really outstanding, particularly in the episode’s big action scenes. Clearly, Agents of SHIELD saved its special effects budget for the team’s controlled crash-landing sequence. CGI effects on television tend to look cheap and hokey, the best examples being the submarine shot from the final season of Lost, or some of the lesser effects on Once Upon a Time. The effects in this episode would still look out of place in a Marvel film, but for television, this is surprisingly good.

Where the direction really shines is the episode’s superb tracking shots, especially Skye’s 36-second one-shot where she takes out a whole room of Hydra agents to get to Lincoln. The blocking and movement choreography is far above anything that Agents of SHIELD has attempted before, and the one-shot action sequence is very similar to the work seen on Netflix’s Daredevil.

Writers Brent Fletcher and Drew Z. Greenberg also juggle the episode’s subplots more expertly, like Jiaying’s distrust of Raina’s powers and the tie-ins to Avengers: Age of Ultron. (Dr. List’s name-drop of “The Twins” is so quick and natural to the conversation that it is easy to miss.) The episode even introduces some new potential subplots, like Gonzales’ interest in powered people and a possible friendship between Agent 33 and Bobbi. Now that Skye is off training with Jiaying and not hanging with May, the show could use a new female friendship, and this duo would be a good match. Similarly, Lincoln is much more likable and at ease when teaming up with Deathlok than he is hanging out with Skye. This might also be because Luke Mitchell is getting the chance to do something more with his character than give necessary exposition. 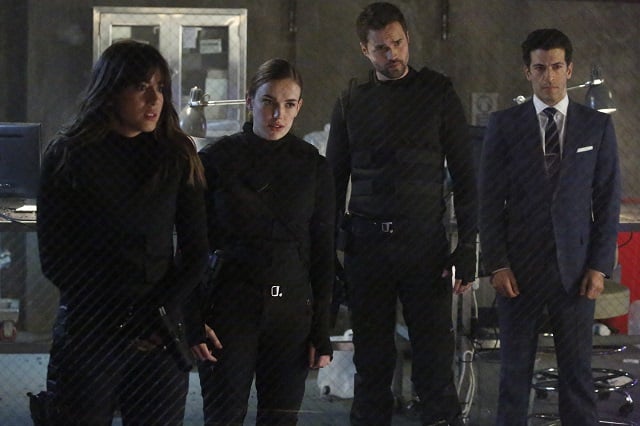 Season-long character developments, like Simmons’ fear and Coulson’s secrets, also come to the surface during the episode’s big mission. Simmons’ fear is manifesting in a desire to stop perceived threats before they have a chance to hurt her or the people she cares about. Her fear is directed at Skye’s powers in “Love in the Time of Hydra” and “Who You Really Are”, but in “The Dirty Half Dozen”, her fear takes a darker, more sinister turn. The scene where she talks to Fitz about sabotaging Ward during the mission is really disturbing on many levels, especially in how she flippantly describes his death with a smile. “Poof, no more Ward.” Ward is right. Simmons has changed. Whether Bakshi deserved it or not, Simmons killed him, and he was an ally in their mission. She is going to have to grapple with that and decide if this is the kind of person she wants to be.

Coming back to Coulson’s secrets, his moment stealing secrets during the mission almost exactly mirrors the hostage scene with Captain America and Black Widow in Captain America: The Winter Soldier. The reference is subtle, but it once again proves that Gonzales is right about Coulson. He is Fury’s creation, and as The Winter Soldier showed, that isn’t necessarily a good thing. This scene also later ties in to Avengers: Age of Ultron, with the tracking down of Loki’s scepter and whatever Coulson and Maria Hill are planning with Theta Protocol. The cross-cuts between Coulson’s conversation with Hill and Raina’s visions of “men made of metal tearing our cities apart” is also a smart bit of editing, again showing how SHIELD and the Inhumans’ worlds will inevitably collide (as will Agents of SHIELD and Avengers: Age of Ultron).

With the end of season 2 in sight, “The Dirty Half Dozen” puts the show on the right track to really end on a high note, and brings together all of these storylines in a smart, interesting way. The only downside is that it sets the bar very high for the last few episodes, and it will be really, really hard to top the tracking shot of Skye. Excellent work from director Kevin Tancharoen and whichever cameraperson was on the Steadicam that day.

On a last note, Coulson and Calvin are battling it out for best quotes of the episode. Coulson’s gem is, “And Ward, no more talking…to people.” Talking to Jiaying about Raina, Calvin remarks, “She’s manipulative, dangerous, deceitful. We had good times.” Honorable mention goes to Skye for her Sonic the Hedgehog reference. “I thought her gift was spinning really fast to collect gold rings.” 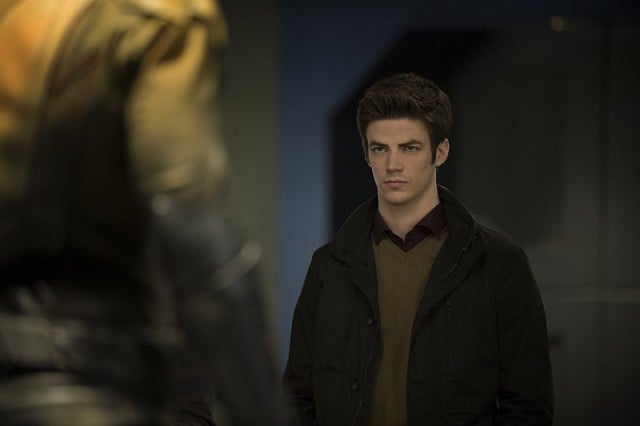 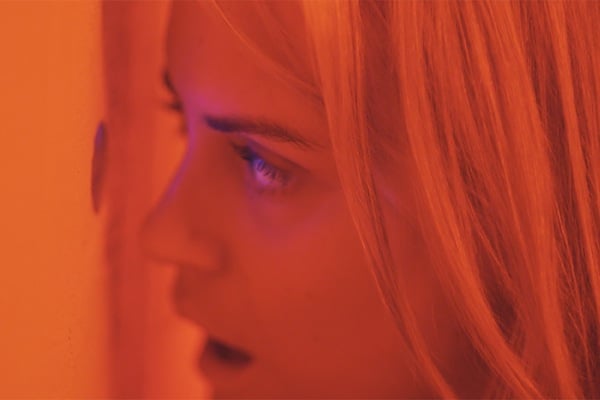