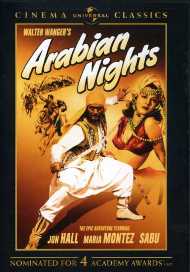 Part of a series of exotic pictures released by Universal in the 1940s (the others of which include Ali Baba and the Forty Thieves and White Savage), Arabian Nights places the Hollywood spin on the classic tale of Scheherazade and her murderous husband. The name of the source material’s heroine – Scheherazade – is kept the same, while others are changed. The tale is twisted, so that there seems to be very little of the original myth and of the original Scheherazade. What is left are some names, supposed exotic places (“Arabia”), a brother’s feud, and humorous references to the stories of Aladdin and Sinbad. Arabian Nights becomes a campy adventure film to take war-minded audiences away to a far off place, for a while.  It works. 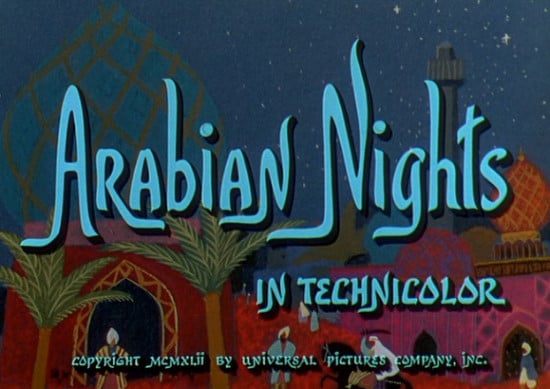 Universal’s Arabian Nights begins with a frame narrative in the spirit of the original source material. The guardian of the harem (in clear sight of the Taj Mahal, even though the film does not take place in India) tells his harem girls the story of a dancing girl and two brothers. The film then travels inside this story, where Haroun Al Baschid (Jon Hall), Caliph of Baghdad goes to see if his rebellious, illegitimate brother, Kamar (Leif Erickson) has succumbed to slow death by exposure. Attacked by Kamar’s men, Haroun is wounded and saved by acrobat, Ali Ben Ali (Sabu). Not telling anyone Haroun’s true identity, Ali enlists dancing girl, Scheherazade (Maria Montez), the beautiful woman, who inspired Kamar’s coup d’etat, to help hide Haroun. Meanwhile, Kamar has seized power and asks his men to look for Scheherazade, while Vizier Nadan (Edgar Barrier) has alternative plans. 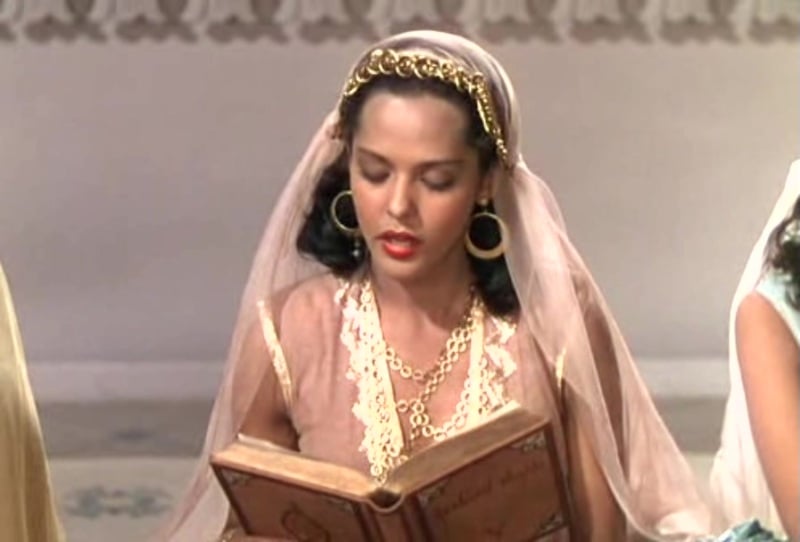 In the original myth, Scheherazade is described as a noble, intelligent, and kind woman. Against her father’s wishes, she marries the murderous king, hoping she can change his ways. In Arabian Nights, Maria Montez’s Scheherazade is a conniving woman – a woman whose beauty and words force Kamar into battle (Helen of Troy style). She believes that to be queen is her destiny and does not value falling in love. It is up to Haroun to change her and make her fall in love with him. 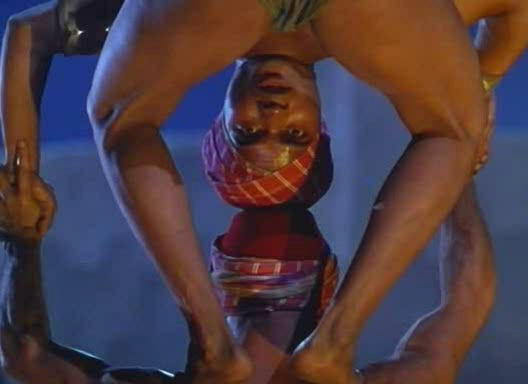 Haroun is no longer a murderer of virgins, but the wronged hero of the story. He is the protagonist. Kamar is similarly not given any depth, other than the fact that he has the right to the throne. Any mention of adultery with his brother’s wife (as in the original story) is taken out, in favor of a clean, good guys versus bad guys plot line.

This plot line would be less interesting without the insertion of other references to the original stories. Popular stories that are part of the English translation of One Thousand and One Nights (Arabian Nights), such as the tales of Aladdin and Sinbad are reduced to mere side characters that provide even sillier humor. In Arabian Nights, Aladdin and Sinbad have a scene, where Aladdin mentions trying to find his lamp and genie. Sinbad teases him, saying his lamp is not real. 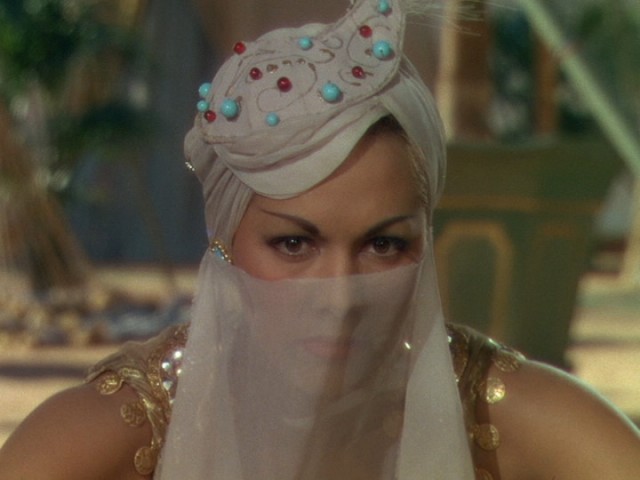 Arabian Nights essentially takes out everything that makes the original story’s narrative rich and places the rest into a Hollywood mold (i.e. heroic man, bad man, nefarious woman, who is changed by her love for the good man). Ironically, it is still viewable and fun. This is because Arabian Nights does not shy away from its campy nature; its nature is foregrounded. The film is therefore an adventurous escape into Hollywood’s conception of Arabia. It is not realistic, by any stretch of the imagination, but it is enjoyable, and a mark of its time. 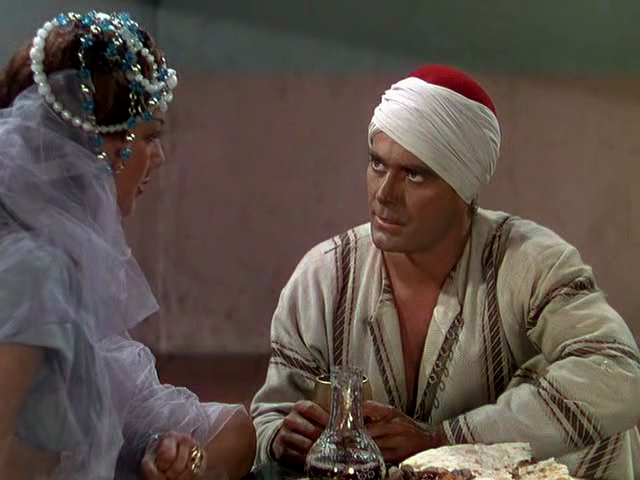 Universal released Arabian Nights in December of 1942, a year after the US officially declared war on Japan, Germany, and Italy. The population wanted films that were different from the state of the world. Code-era Hollywood was more than happy to oblige, particularly with romanticized, exotic characters, themes (heroism, good triumphs over evil, love), accents, characteristics, and gender stereotypes (the “dumbing down” of Scheherazade and Haroun, for that matter) that American audiences could still connect to. In that sense, Arabian Nights and its successors find their place in Hollywood, and in cinema, despite their illogical spins of Arabian, Persian, and South Asian myths. 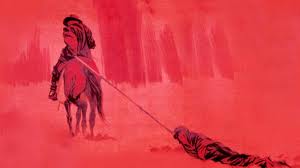 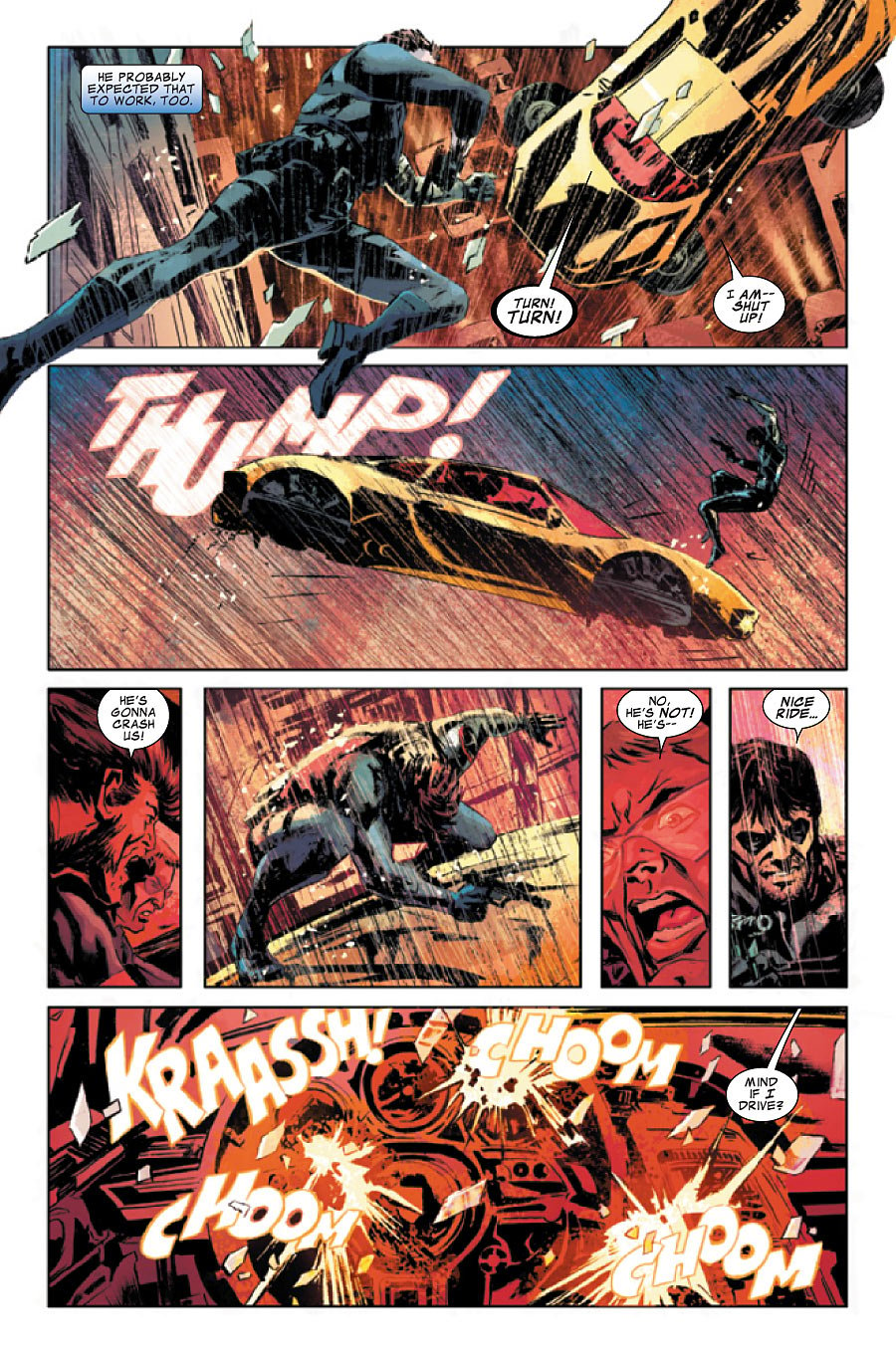