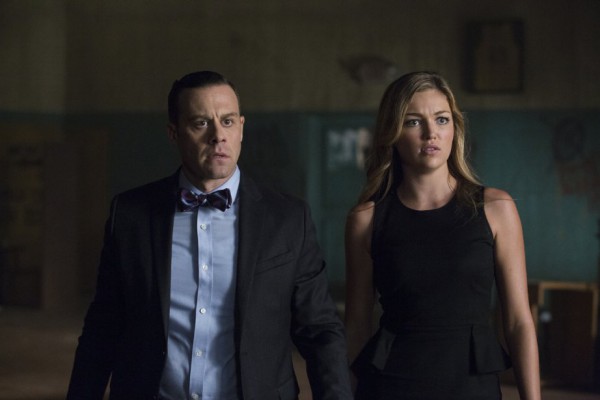 Banshee, Season 3: Episode 9 – “Even God Doesn’t Know What to Make of You”
Written by Jennifer Ames & Steve Turner
Directed by Loni Peristere
Airs Friday nights at 10 on Cinemax

Regardless of where cliches originate, many of them persist because of how well they hold up over time. When it comes to pain, physical or emotional, one of the timeless cliches has been that we always hurt the people we love the most. There has been research carried out in explaining the phenomenon, but I can’t claim to have a real idea of how convincing any of it is. Instead, my interest is in how the theory applies to Banshee, since “Even God Doesn’t Know What to Make of You” is a smorgasbord of examples of conflict between people who care deeply for one another.

The first article linked above states that “In situations in which we have nothing of value to lose, we seldom experience disappointment. In love, which involves our happiness and many of our most precious experiences, there is a great deal to lose. Hence, disappointment and frustration, and consequently hurt, are common.” The love shared between Hood and Job is, we find out in this episode, built on history and mutual benefit. It’s no less important than a romantic kind of love, though. There is always something to lose for both characters, and the recent heist of Camp Genoa almost cost Job his life and Hood his friend. We see the disappointment, frustration and hurt that Job feels in how he interacts with Hood. The playful tone that Job and Sugar have established immediately dissolves for Job once Hood walks into the Forge. You’d think Job would be relieved that, finally, the Chayton business has been put to rest and everyone can just move on, but the strongest feelings of betrayal only occur in the same way that the strongest feelings of hurt to–when they come from those closest. If Job really would have been done with Hood, helping him for the last time in this episode, then sticking around Banshee until Hood came back might just have been so that Job could communicate to Hood the severity of that betrayal.

Maybe that verges on excess, but the relationship between the two characters can’t be underplayed. Even without the flashbacks featured in this episode, Job’s response to Hood’s arrival–“Hey, yourself”–is exactly the same response the fantasy version of Siobhan gave to Hood when he was imagining his world of “What if?” That line deliberately ties the person Hood loved the most romantically to the person he loves the most platonically, and while I had my own doubts that Hood would have reacted as strongly if Siobhan and Job had been switched in “Tribal,” this episode makes it very clear that Hood values Job as much as anyone who has ever been in his life. It’s not explicit in the dialog–Hood doesn’t sit down and beg for Job’s forgiveness or break down in a fit of apologizing. But that’s because their relationship doesn’t function in that way. The strength of it is implied in Hood’s memory and body language. 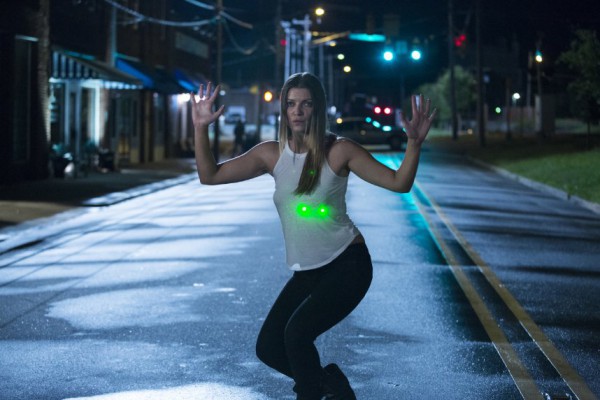 Surprisingly, the other major example of hurt between two characters who love each other isn’t fully addressed in the episode. It may just be that Proctor doesn’t have enough time to react to Rebecca’s betrayal. When Fraser brings up that Rebecca has been selling to the Salvadorans, Proctor simply withdraws his confusion. In some sense, however, that decision also shows the extent of love and possibly suggests how we ought to react when someone does hurt us. A less smart version of Proctor would have told Fraser that he had no idea Rebecca was selling product without his knowledge, but that makes Proctor look like a bad businessman, which would most likely leave him in the same place in Fraser’s estimation. Yet, that would also allow him to get a kind of vengeance for Rebecca’s betrayal. Banshee hasn’t made any suggestions remotely close to the idea that Rebecca could upset Kai so much that he would have her killed, but it’s easy to imagine another scenario with different people in which an act of betrayal is met with an act of impulsive revenge, even if throwing someone under the bus costs a life.

To choose not to say anything is what Proctor does. If Hood’s relationship with Job in this episode shows how we’re able to hurt the people closest to us, Proctor’s relationship with Rebecca shows how we’re supposed to manage that hurt. Love is unconditional in Proctor and Rebecca’s case. Anger and disappointment have to be made clear, but those aren’t the things that define how people who love each other treat each other. So, instead of cutting ties with Rebecca, Proctor cuts ties with Emily, recognizing how he found himself in such a vulnerable position to begin with. It’s rough seeing Kai brush off all the development he’s undergone this season as “just grief and emptiness,” but all of these recent experiences with both of his parents haven’t put Kai back to square one. If he is returning to the role of ruthless entrepreneur, it’s with that grief and emptiness in mind. Those feelings never go away fully; people just learn to live with them (or be consumed by them). That, too, seems to be how pain between loved ones is dealt with. All that history doesn’t vanish, even if characters like Carrie and Gordon want to forget a portion of theirs so that they can move forward. Instead, people–including Proctor–have to live with it and hope they’ll be better prepared to handle it the next time around, because the sad part about hurting those we love is that it doesn’t stop, despite our best efforts. 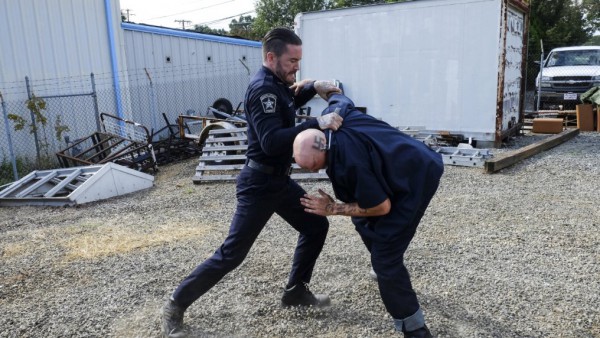 – And there are a bunch of other pairings in this episode that can be viewed in this way: Brock and Emily, Gordon and Deva, Hood and Brock (now that a real relationship there has been established, shown in how Hood helps rescue Emily), etc.

– Where is there not love? That would be Hood and Proctor. Hood just leaves Proctor to die. It makes sense, but after owing somewhat of debt to Proctor, you think Hood might have tried to negotiate something. Or maybe not. I like them both as allies and enemies.

– We don’t get to see Bunker’s brother Calvin in this episode, but we’d have to assume that relationship is just as complicated as the rest of these. In the meantime, Bunker is fitting in perfectly, pounding people’s faces. That’s what Banshee deputies do these days.

– “I said ‘come closer.'” When you feel like you’re in a lose-lose situation, I suppose you just go for style, like biting someone’s nose off.

– “I’m going to slit your throat like a fucking cow.” Ditto.

– So, apparently Job didn’t anticipate the off-site back-up and now everyone except Hood has been captured by Stowe. Good times. Stowe sitting down at the Forge is one of those deliciously tense sequences. I almost wish Sugar had had a chance to throw some punches around. Anyone who orders Maker’s Mark when there’s Blanton’s around deserves a good fist to the face.

– Also tying Job and Hood together more closely is how Job’s name might not actually be Job.

– Brock is an endless source of entertainment. When he rolls up to the Cadi before Rebecca tells him where Emily is, he’s juggling this bag of food…and then he walks in angrily and throws it away!? C’mon, Brock.

– “You know the only way to clean this rat trap is with a fucking grenade, right?” The quintessential Job stuff in this episode masks how this is Hoon Lee’s most impressive and dynamic performance of the series thus far. 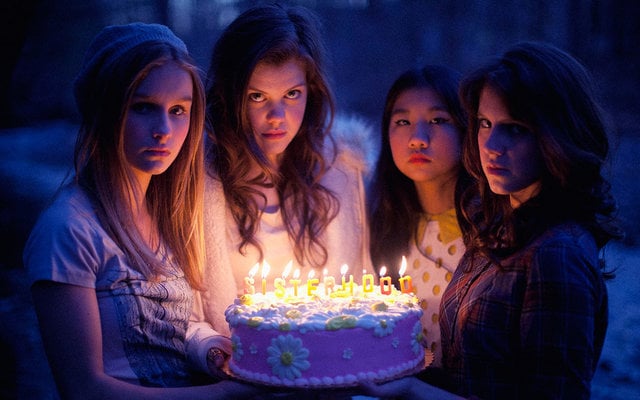