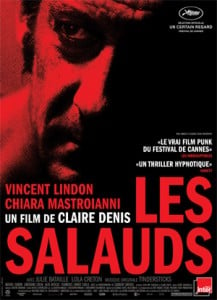 Every detail matters in the films of Claire Denis. Her latest, and unquestionably her darkest film yet, Bastards, contains a wealth of information in its first few shots: a man on the verge of what we learn to be a suicide, pacing about his office with the rain crashing down outside; a naked girl, wearing only heels, slowly inching her way down a darkly lit street. We re-visit the latter of these shots later in the film, but under a completely different and disturbing context. Denis is back working in full L’Intrus mode, and while Bastards isn’t nearly as impenetrable as the aforementioned 2004 film, it’s an elliptically charged work that challenges and seduces with its wide gamut of unsettling images and sounds.

Intensely fragmented, the “thriller/revenge” narrative is put in slow-motion by the suicide of Jacques. Sandra (Julie Bataille), Jacques’ sister, summons her brother and former friend of her husband, Marco (Vincent Lindon), back to Paris and away from his life at sea as a ship-container captain, informing him of the disturbing family news. But it doesn’t end there: Sandra’s young daughter Justine (Lola Creton) has also been admitted into psychiatric care. To reveal any more would prove to be a disservice to the film’s heinous slow burn. Marco immediately moves into a barely furnished apartment, concentrating his gaze on Raphaëlle (Chiara Mastroianni), a single mother with a young son, and her older boyfriend Edouard Laporte (Michel Subor), a wealthy businessman who may have had a hand in Jacques’ suicide.

It’s Lindon’s Marco who is the most accessible conduit into Denis’ disconnected world of danger and nihilism. He stalks around his apartment, consisting only of a bed and a computer. He’s sold off all of his possessions to stay in the apartment and close to Raphaëlle, whom he strikes up an affair with to get at Laporte. The complexity of Marco is intriguing in that it subtly highlights Denis’ critique of fathers and families. This is a man thrust back into familial danger and unrest , but Denis wisely avoids any easy entry point into his motivations; he’s not whittled down to a model of vengeance as much as he’s helplessly caught up in a layered and impossible ordeal. 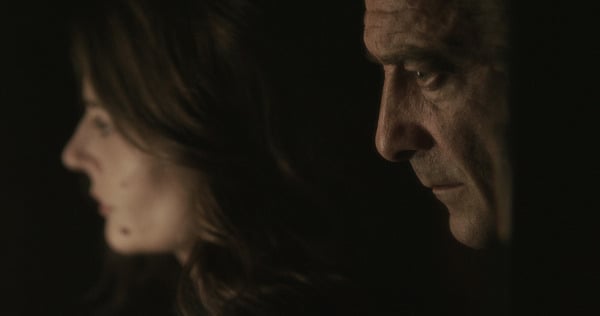 The three main women can be viewed as passive victims, but Denis wisely avoids any specific judgment. Their circumstances, especially Creton’s Justine, seem to be linked by a common, silent submission to the masculinity surrounding them. As the seedy revelations and disclosures come together, so does the inevitability of this narrative. While Bastards’ taboo-like subject is new territory for Denis, the usual “beauty” of her cinema is stripped away, but the purity of her images has never been stronger or more nightmarish. The bouts of ambiguity that Bastards is coated in speak to Denis’ formal genius and sense of imagination. Whether it is a shot of a mangled yellow bike in the woods, a foreboding nighttime view of a secluded “den of sin”, or of a totaled car being driven off from the scene of an accident, Denis’ images seek to complicate and disorient in the best way possible.

The hazy proceedings and muted expressions of guilt and desire are underscored by Denis-regular Agnès Godard (shooting on the digital Red Epic), whose work as DP serves to cast a shadow and darkness around every movement and frame. Alex Descas, Grégoire Colin, Mati Diop, and Nicole Dogué all appear in cameos, a detail that devoted fans of Denis should be delighted by. The score by another frequent Denis collaborator, Tindersticks, is equally haunting and pulsing, mainly the last track (“Put Your Love in Me”) which plays over the film’s disturbing and grainy finale. While it bafflingly played out of competition at Cannes earlier in the year and seems to be earning a reputation as one of the director’s more divisive offerings, make no mistake, Bastards is yet another major work from the masterful Claire Denis. 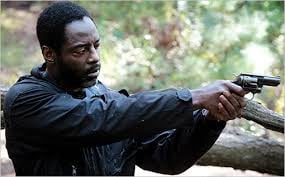 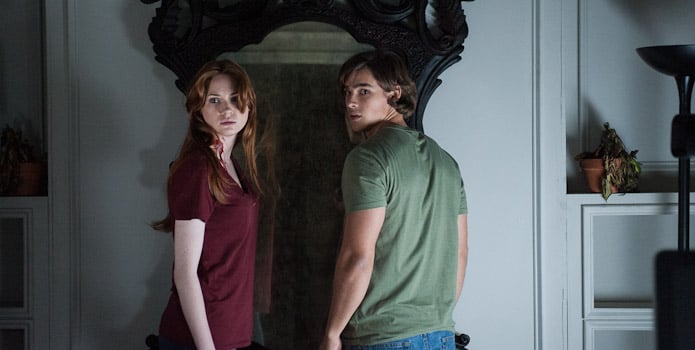