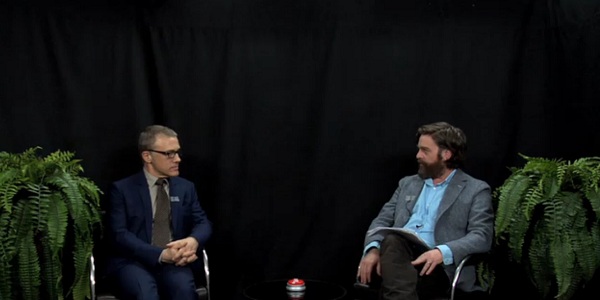 Before Zach Galifianakis gained mass popularity for being one third of the odd trio that comprised the core cast of The Hangover, he was known in the comedy community for his Between Two Ferns series, which sees Galifianakis interview actors, with the conversation not going the way these things tend to go. Now, with the Academy Awards just a few short weeks away, the show has returned with a special two-parter focused on the Oscar nominees. Part 1 was released today, and features Jennifer Lawrence, Naomi Watts, Christoph Waltz, Anne Hathaway, and Amy Adams in the guest’s chair. The interviews can be seen below.