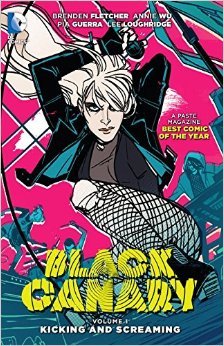 Since I was first introduced to this new iteration of Black Canary through Batgirl Vol. 1: The Batgirl of Burnside, I can’t help but make comparisons. In that first introduction to Dinah, I didn’t think much of her. She came off as haughty in her irritation with Babs, and without prior sympathies built up, Dinah never won me over, instead remaining an annoyance through her appearance in that volume.

Her solo volume does much to reverse that, giving Dinah the chance to build sympathy while maintaining her tough, feminist, loner leanings. While Babs has friendships aplenty to keep her connected to the world and a lightness of being in her crime-fighting, Dinah stays aloof and carries the world’s weight on her shoulders. She’s a mystery, even to her band mates in Black Canary. And she’s trouble in a way that Babs never is. She’s quickly becoming a persona-non-gratis with her band, frequently leaving venues in states of disarray and destruction after her enemies take the opportunity to call her out. Her band mates, non of whom are superheroes, are becoming disillusioned with Dinah. She may be a kick-ass vocalist, but the fights are cutting hard into their tour profits.

Adding further complication is Bo M, the former lead singer of Black Canary who Dinah replaced. She’s a diva, clearly foiling Dinah’s more practical nature. Bo is out for vengeance against Dinah and acting the pawn for some big players indeed. Then there’s the mysterious, mute drummer Ditto who looks 12 but has some truly incredible musical abilities. Like with Batgirl, Brenden Fletcher makes most of Dinah’s central antagonists female, creating storylines that center heavily on the relationships between women, both positive and negative. Of special interest to this volume is an exploration of surrogate motherhood and how that changes a person’s perspective. 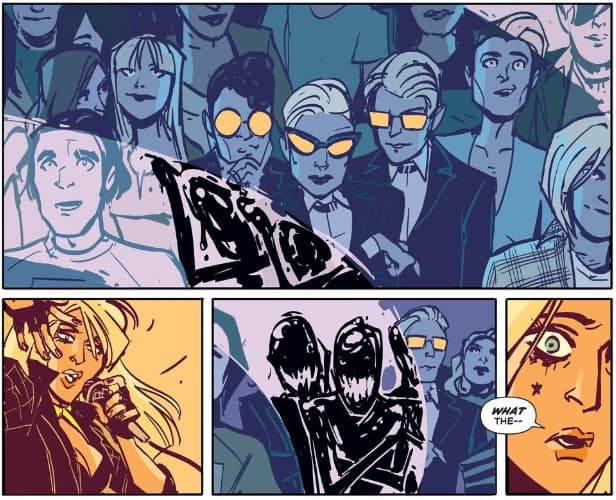 Annie Wu’s artwork gives Dinah a hard-edged punk quality, giving tonally appropriate imagery for both the rock and the fights. Dinah’s snarls and kicks deliver impact. Lee Loughridge’s colorwork uses complementary dichromatic combinations. One page might use a dark blue gray against reds. Another pairs pink with dark teal. The dueling colors amplify the punk tone and musical nature of the combat. To create impact when Dinah (or others) use their superpowers, the dichromatic pages break into full spectrum color, with effected parts given a reverse or negative coloring. The effect produces an intensity like neon without the garishness. Overall, Black Canary is beautifully designed and visually pleasing throughout. 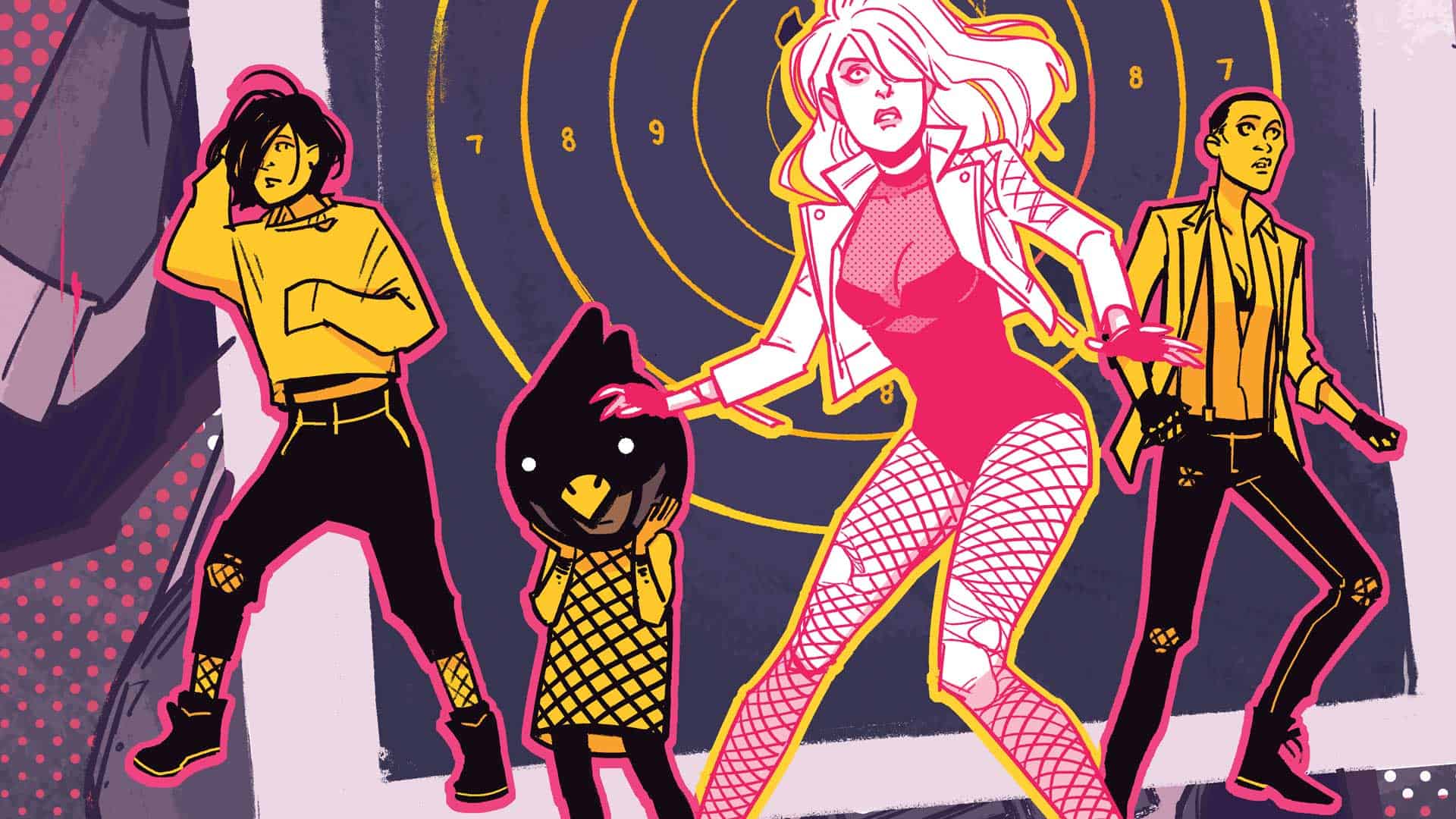 This first volume builds a highly satisfying narrative arc. Dinah goes from being a distant, mysterious lead singer to being a protective team member and parental figure. The band members skill up in combat and defense, becoming capable in the battles foisted upon them by Dinah’s history. The group becomes cohesive and effective, a band that does more than simply play their instruments in tandem.

With the beautiful color combinations and punk aesthetic, Black Canary offers a female-centric comic that doesn’t fall into Batgirl’s discussions of touchy-feely emotions and make-up tips. Though Dinah takes some warming up to, ultimately she proves layered and sympathetic. I will definitely check out volume 2 when it arrives.