Home
Entertainment
Catching Up With A Classic: ‘Carnal Knowledge’ a representation of continuing cinematic ambition
Prev Article Next Article 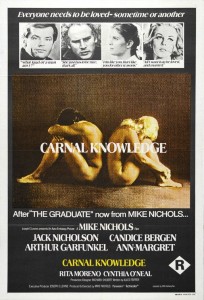 If you start with Who’s Afraid of Virginia Woolf? and The Graduate it becomes easier to forget “lesser” films, but Mike Nichols’ immediate follow-ups, Catch-22 and Carnal Knowledge are, if not historical landmarks, at least representations of continuing cinematic ambition.

Carnal Knowledge, boasting Jack Nicholson fresh off of Five Easy Pieces, Art Garfunkel in his second consecutive Nichols film, Ann-Margaret at the height of her popularity, and a young Candice Bergen, is oft-talked about as the sexual dystopia of the 1970s.

Told in vignettes spanning from college to divorce and beyond, Carnal Knowledge finds Jonathan (Nicholson) and Sandy (Garfunkel) in various relationships with women throughout the years, each man progressively becoming more cynical towards the opposite sex.

As with many Nichols films, the success of Carnal Knowledge relies first and foremost on the performances, followed 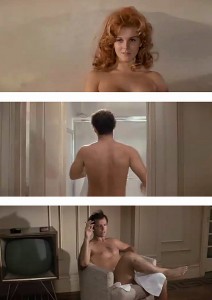 closely by the director’s trademark style of rapid-fire blocking.  Nicholson is a revelation.  Capitalizing on the angst of his Robert Dupea character from Five Easy Pieces, anticipating some of the more lascivious roles (and real-life experiences) for which he will become known, and ultimately as solitarily despondent and maniacal as Jack Torrance from The Shining, his Jonathan transitions from creeping cat to prowling tiger to ravenous lion. Opposite, Garfunkel tries to keep up but can’t…or won’t.  To Jonathan’s lion, he always stays a cat – ultimately optimistic about the possibility of love, no matter how frequently he is beaten down.

The third act of the film finds Nichols and screenwriter Jules Feiffer at their most daring.  Set pieces include a past-girlfriends slideshow and a futuristic-looking, over-white condominium.  At the point that the two protagonists look to finally diverge, Nichols and Feiffer bring them back together, ending the film with an eerie, ominous encounter with a prostitute (Rita Moreno).

Carnal Knowledge’s staying power is remarkable.  The technique of the film – including a memorable moment at the end, where amidst a sexual mantra, the background behind Rita Moreno’s Louise seems to move endlessly – is fresh even today.  Its messages of sexual irresponsibility, frivolity, and hopelessness, combined with a pejorative view of marriage are, while products of the 1950s-70s in which its set, in the end very much in tune with current day.— 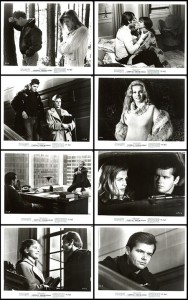 Though the film’s structure is certainly male-centric, the sexual politics at its heart are neither male nor female-dominated.  It’s also not exactly flattering toward its protagonists, particularly Jonathan who ends up sprawled lazily on a couch trying to combat his erectile dysfunction.

To take Carnal Knowledge within its director’s filmography pits it as a bit of a transition film.  Two genre pictures (Day of the Dolphin and The Fortune) follow immediately, and Nichols’ 1980s decade is littered with female-oriented dramatic comedies.  If Carnal Knowledge has a cousin within the oeuvre, it doesn’t show its head until 1994 with Wolf and then again with the 2004’s Closer.  Even those films, for all of their lust, animalistic tendencies, and ménage a trois, don’t reach the same emotional nadir that this 1971 film does.