Recently the 10-Year Challenge took the internet by storm and most of us were left in a state of utter shock at how some of our favorite celebrities just don’t seem to age!

Along with ordinary people, a lot of celebrities were found sharing pictures of themselves from the year 2009 and comparing them against their most recent picture from 2019. If anything, it was truly mind-boggling.

They say age is just a number and as true as that may be, it is still shocking how some people just don’t look their age. They may be in their 40s and 50s but they look like they belong in a high-school!

While we might never be able to know or understand their immunity to the natural aging process that gets almost everyone, we can still wonder in great awe and amazement.

Below is a list of top 25 celebrities who seem to have stopped the clock and don’t age at all. 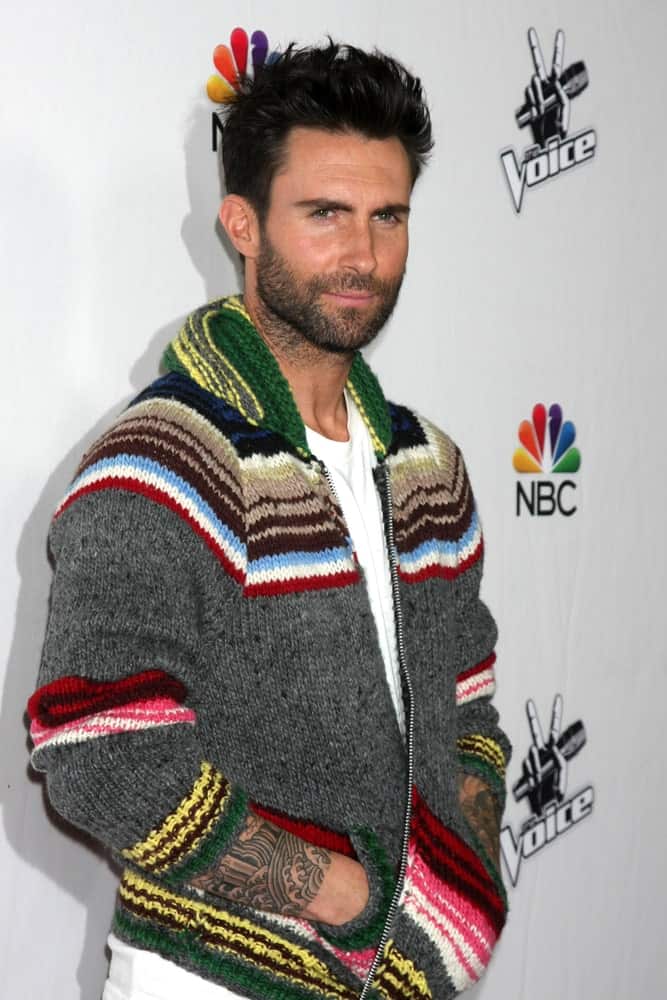 This handsome front man of the ever-amazing pop rock band, Maroon 5, seems to be getting younger and more handsome by the day. Adam Noah Levine, born on March 18, 1979, aged 39, still looks the same after so many years with his light beard and chiseled face structure.

See also  Fantasia 2012: 'Excision' Cut the Heart Out of My Chest 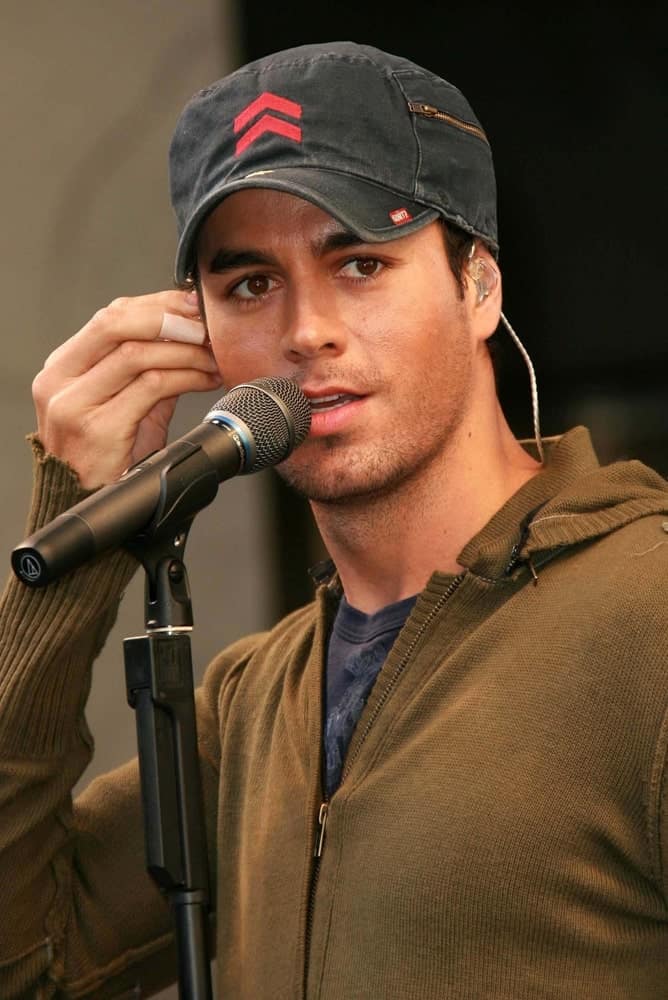 Spanish singer, actor and songwriter, Enrique Miguel Iglesias hails the title of “King of Latin Pop”. He was born on May 8, 1975, making him 43 years old now. However, his face screams a different age altogether. He is one of the singers whorecorded most number-one hits but his face never seems to change. He still looks as boyish and hunk-like as he did when he first entered the industry! 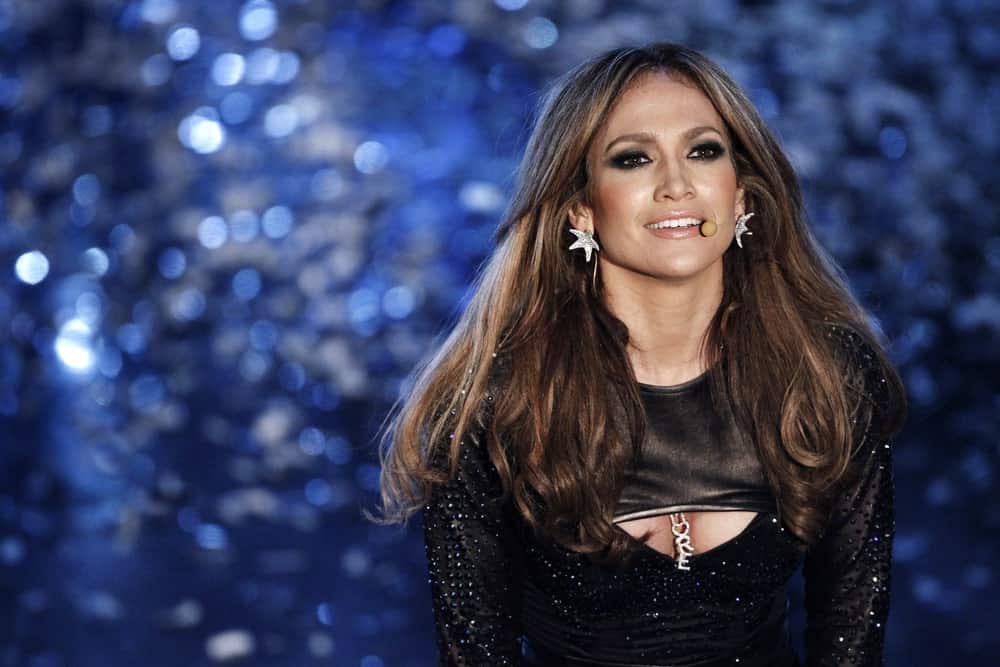 Born on July 24, 1969, aged 49 years, Jennifer Lynn Lopez is THE ultimate queen. Not only does she have an amazing voice and has produced some world-wide music hits but she also holds the title of the never-aging goddess. She is an amazing American singer, producer, actress and dancer who has created a roar in the music industry with both her songs and ageless beauty. She looked super alluring in her famous single hit, “On the Floor”. 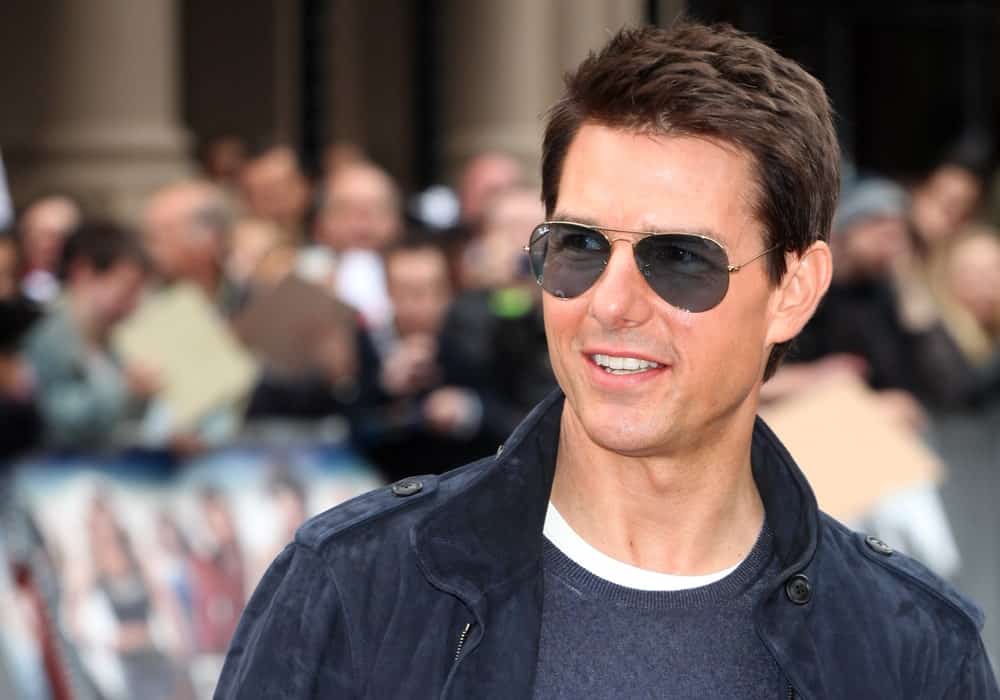 This Mission Impossible actor is an absolute crowd-pleaser not just for his acting but for his killer looks too. He was born on July 3, 1962, making him 56 years old. Who would’ve thought, right? Time seems to have completely stopped for him in terms of aging and his ultimate action moves and stunts in his famous movie, Top Gun, just added to his ageless persona. 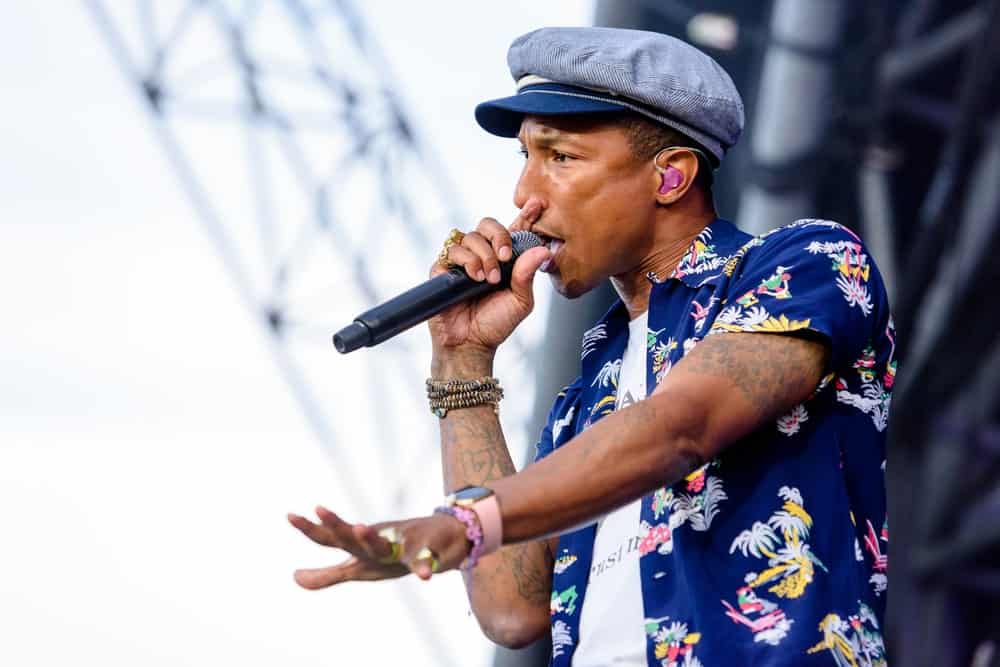 Having won “Producer of the Year” at Grammys 2019, Pharrell Williams didn’t just win the hearts of many with his unbelievable talent but also with his ability to look half his age! Born on April 5, 1973, and 45 years of age, this American singer, rapper, fashion designer, songwriter and record producer recorded one of the most downloaded songs in the United Kingdom called “Happy”. 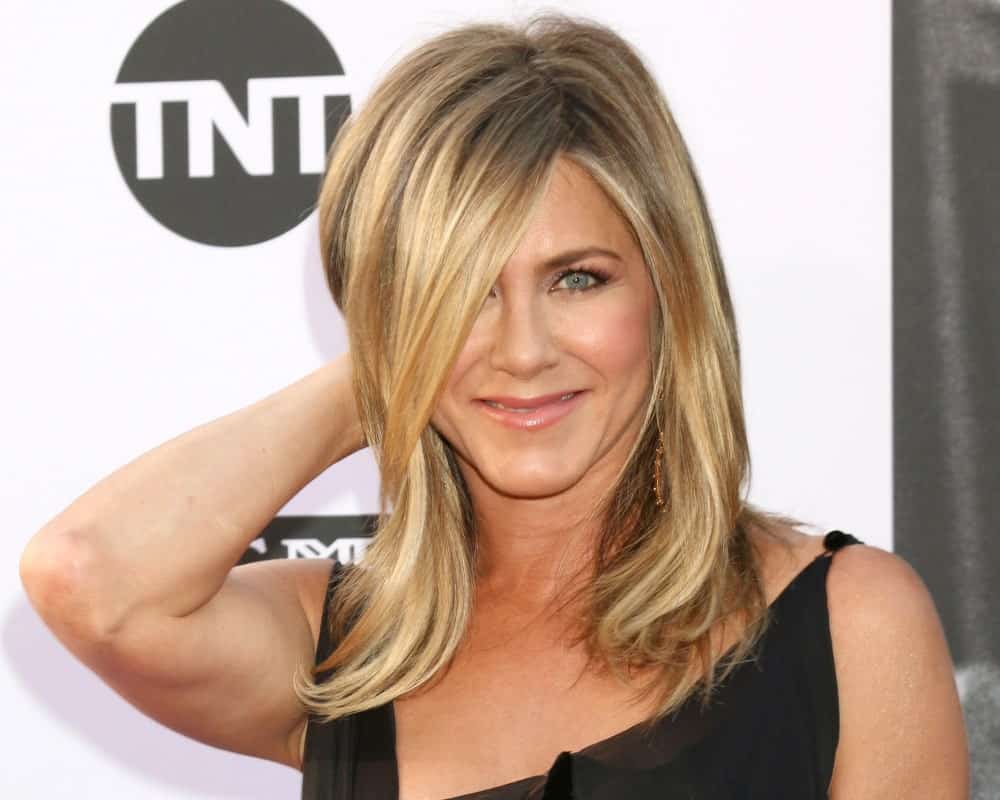 If you have ever binge-watched the super famous American sitcom, Friends, you would understand why the amazingly talented Jennifer Anniston is a part of this list. Jennifer is an American actress and film producer who was born on February 11, 1969, making her 50 years old. It is almost as if the “Rachel” we used to see on screen in ‘Friends’ hasn’t aged one bit! 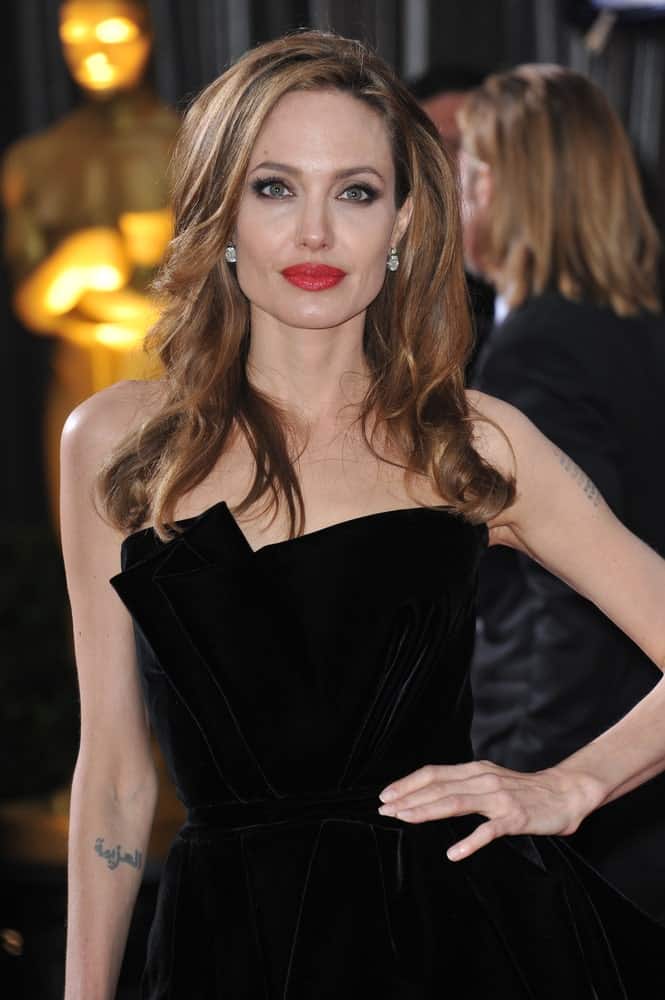 There is absolutely no wonder and question why Angelina Jolie is on this list. She is one of those beauties who seem to have actually stopped aging! She is an American actress, filmmaker, and most importantly, a humanitarian who has also bagged several Golden Globe Awards, an Academy Award, and is believed to be Hollywood’s highest paid actress. Angelina also has some super, award-winning and blockbuster movies up her sleeve like Mr. & Mrs. Smith and Lara Croft: Tomb Raider. 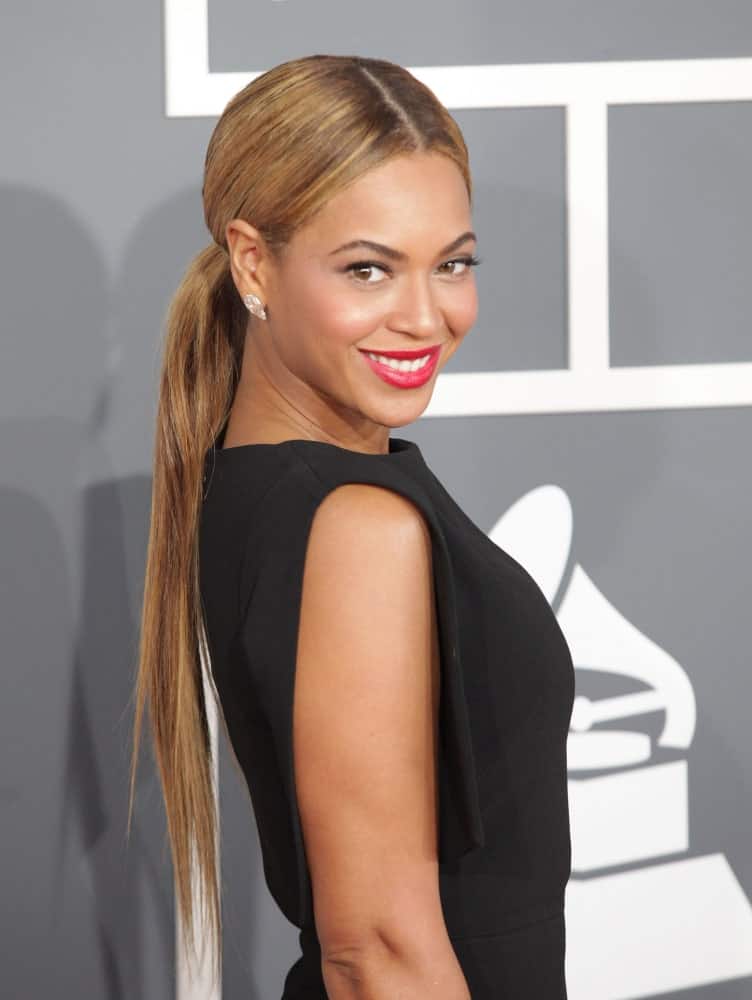 Beyonce, an American singer, record producer, songwriter, and dancer, was born on September 4, 1981, making her 37 years old. She is undeniably the ultimate goddess who hasn’t been aging ever since we saw her on-screen for the first time. Beyonce was also featured in Coldplay’s music video of “Hymn for the Weekend”, looking like an absolutely gorgeous diva. 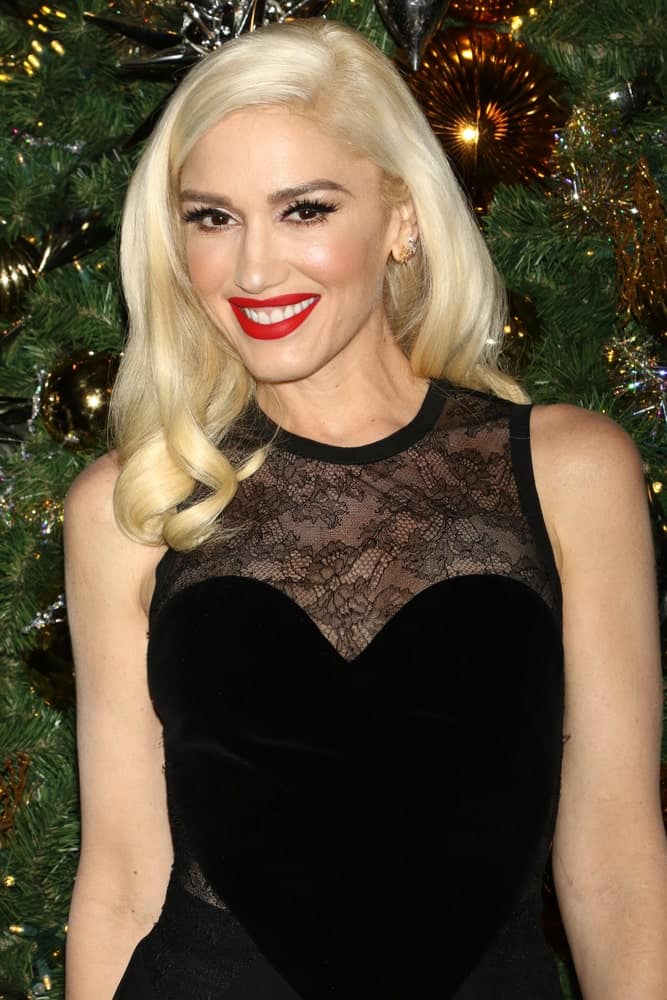 Lead vocalist and co-founder of the band “No Doubt”, Gwen Renee Stefani is 49 years old, having been born on October 3, 1969. She has appeared on the famous American Television Series, The Voice, looking ever-so-charming and stunning with her bold and beautiful red lips that make her look like an absolute diva. 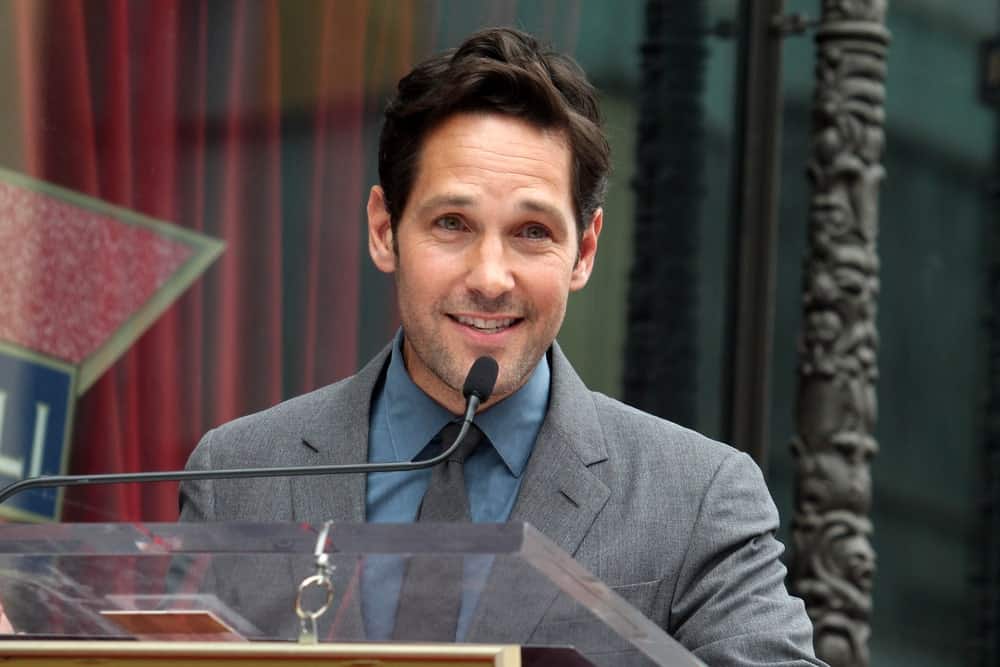 After his super-hit film, “Ant-Man”, Paul Stephen Rudd seems to have been making waves in the film industry. He was born on April 6, 1969, and is 40 years old, as opposed to how young and youthful he looks. He has two beautiful children, which is even more surprising because he certainly doesn’t look like a father of two! 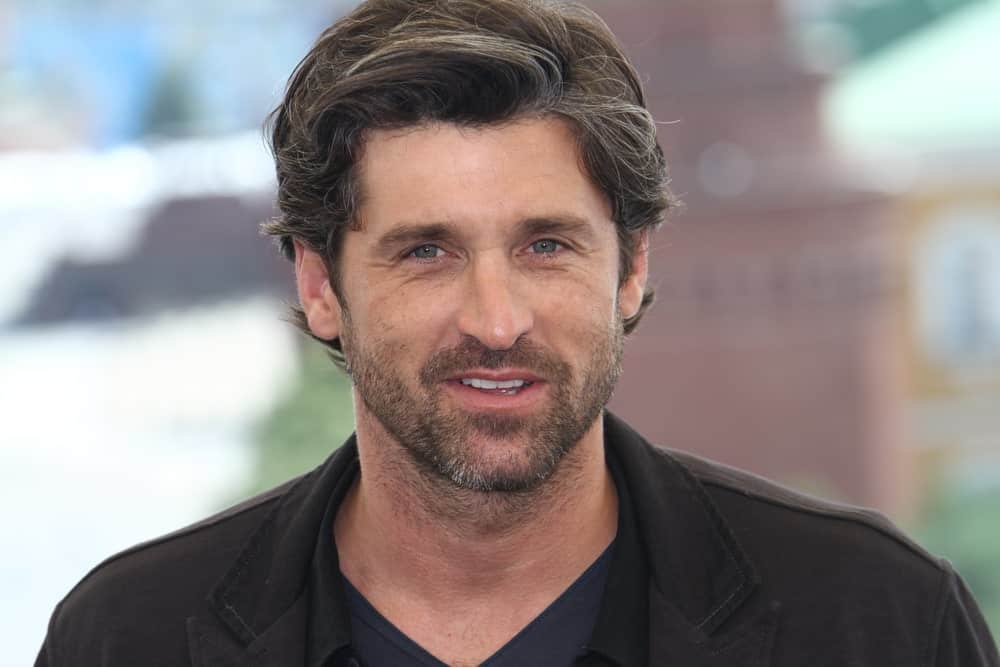 The super handsome and good-looking Derek Shepherd (Patrick Dempsey) from the number one hit American TV series, “Grey’s Anatomy”, has to be one of the most attractive men who have literally stopped aging. Having earned the title “McDreamy” in the TV series, Patrick really seems to be the ultimate fan-favorite, especially after his role in the series. 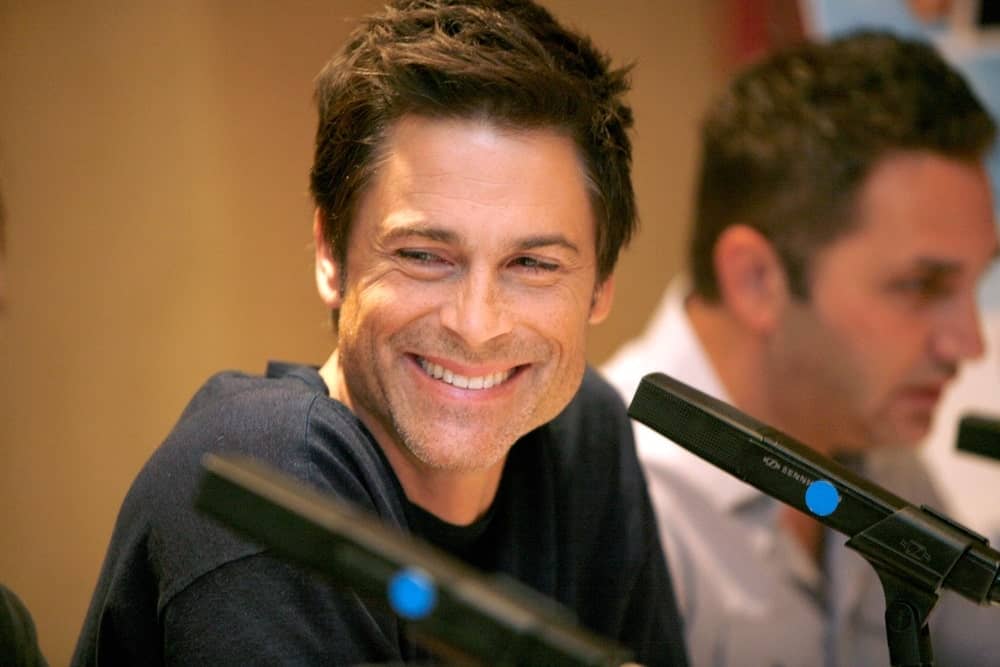 Having made his acting debut at the age of 15 in the sitcom, “A New Kind of Family”, Rob Lowe is an American director and a super talented star. To this time, he has received two Screen Actors Guild Awards and has also been chosen for six Golden Globes Awards. He was born on March 17, 1964, which means he is 54 years old, much to everyone’s surprise, given how young and smart he looks! 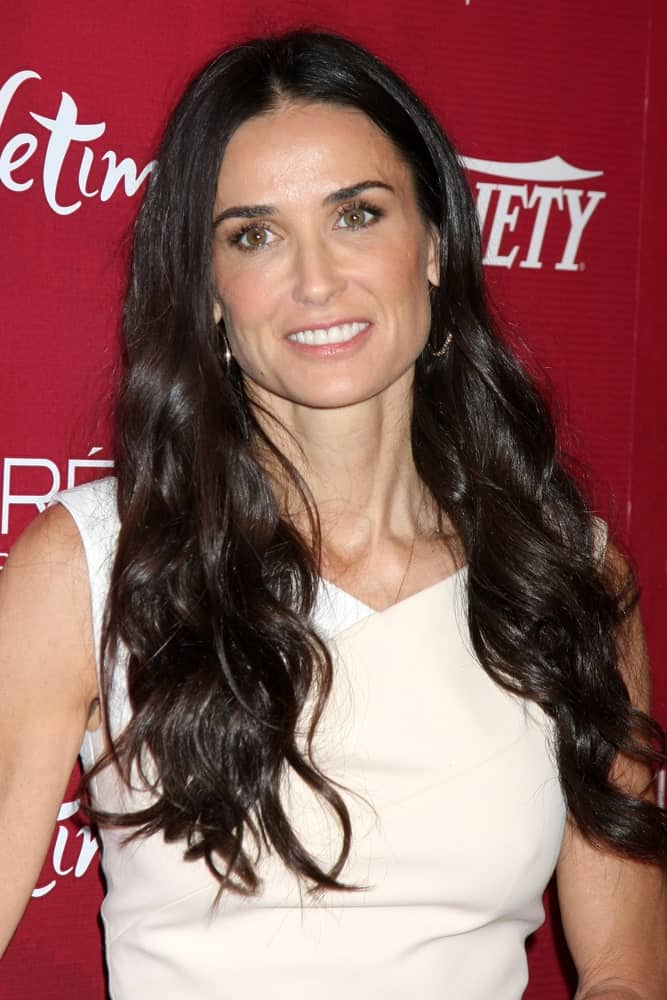 This American actress, model, and former songwriter was born on November 11, 1962, and is 56 years old, even though her ageless beauty suggests otherwise. To this age, she continues to defy all signs of aging. According to the latest research, the popular Hanacure mask was all over social media. It is basically multi-tasking face treatment mask that gives an “old lady” look as soon as it dries up. Apparently, even that didn’t seem to affect her gorgeous skin! 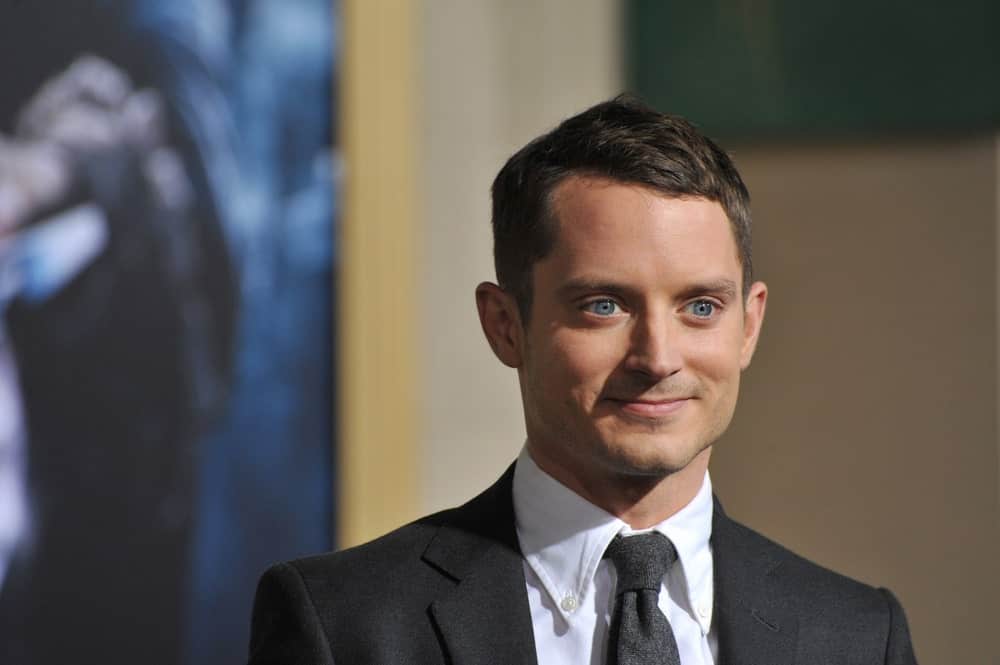 Known for his famous role as Frodo Baggins in the super hit Lord of The Rings Trilogy, it seems as if Elijah Wood hasn’t changed one bit since then. With his wide eyes and cute-cut face, Elijah Jordan Wood is exactly the same to this age and date. He was born on January 28, 1981, making him 38 years old, trapped in a 20-year-old person’s body. 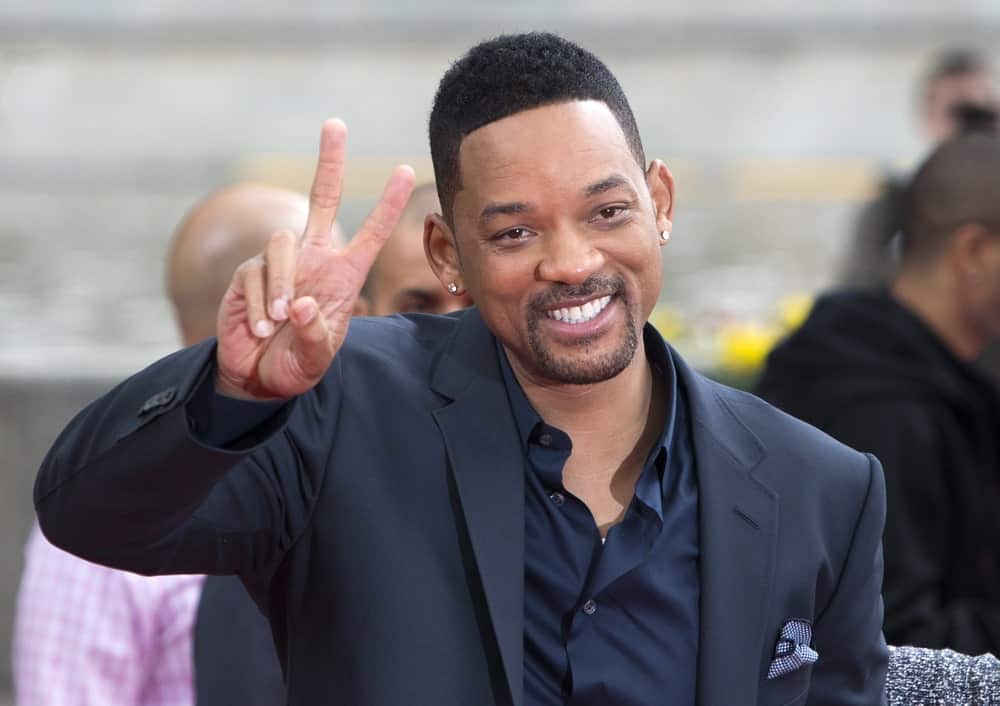 This handsome American actor was given the title of “the most powerful actor in Hollywood” by the Newsweek in April 2007. Will Carroll Smith has been nominated for two Academy Awards, five Golden Globe Awards and has even won four Grammy Awards.

He was born on September 25, 1968, making him 50 years old. It is as if the fountain of youth exists in the form and shape of Will Smith! 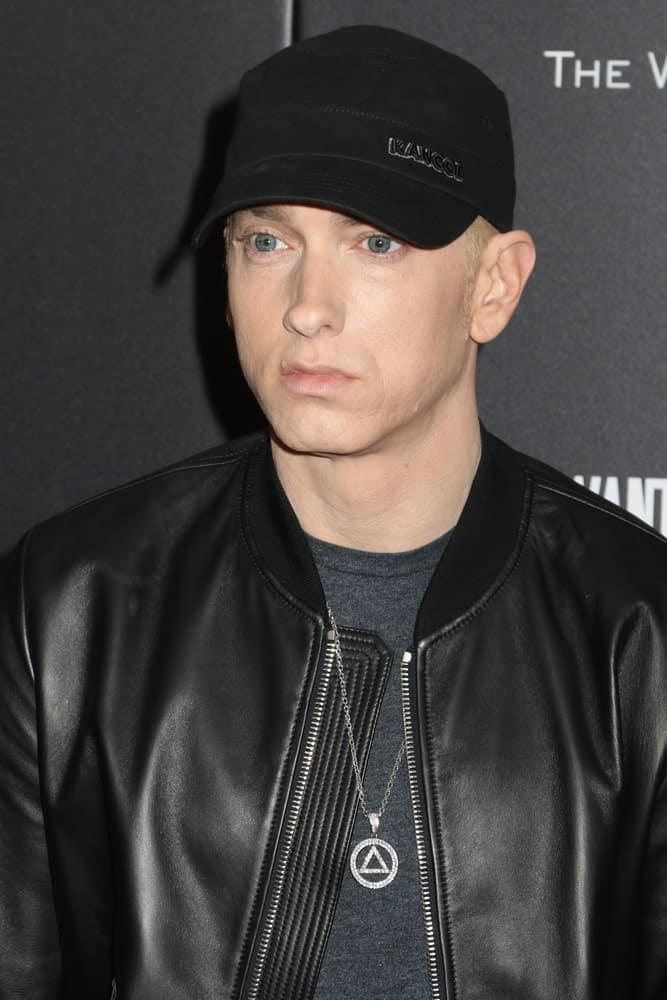 A multi-talented and ever-famous American rapper, actor, songwriter and record producer Eminem, originally called Marshall Bruce Mathers III was born on October 17, 1972, meaning he is 46 years old. He is yet another example of a never-aging beauty who has given the world beautiful hits like “Love the way you lie”. 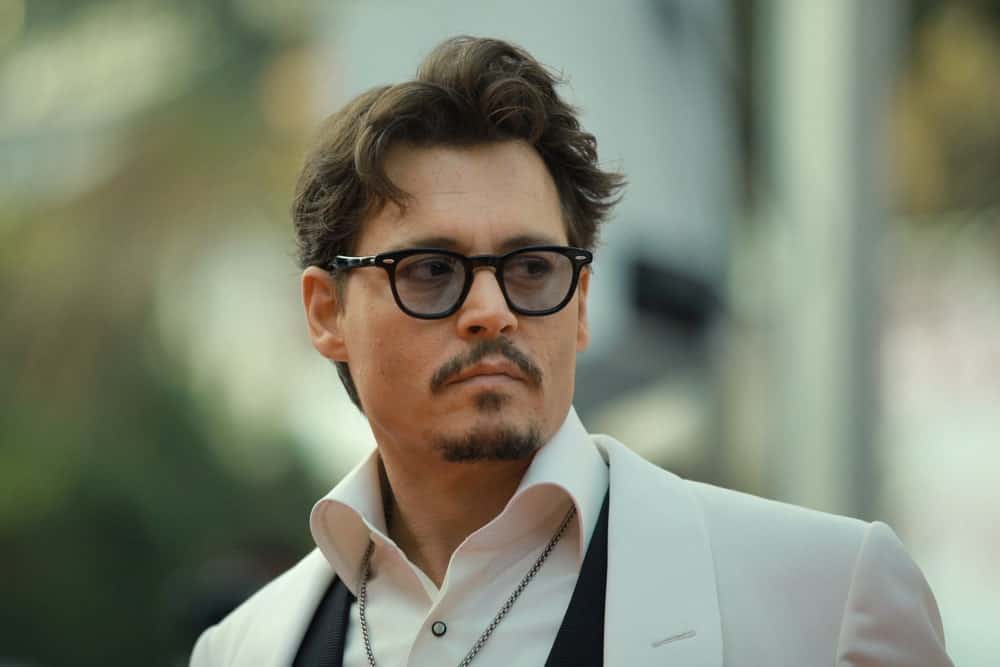 Who would’ve guessed the amazingly talented and funny star of the “Pirates of the Caribbean” series was 55 years old? That’s right, Johnny Christopher Depp, an American actor, musician and producer, was born on June 9, 1963. He is best described as timeless, ageless, young and absolutely youthful indeed! 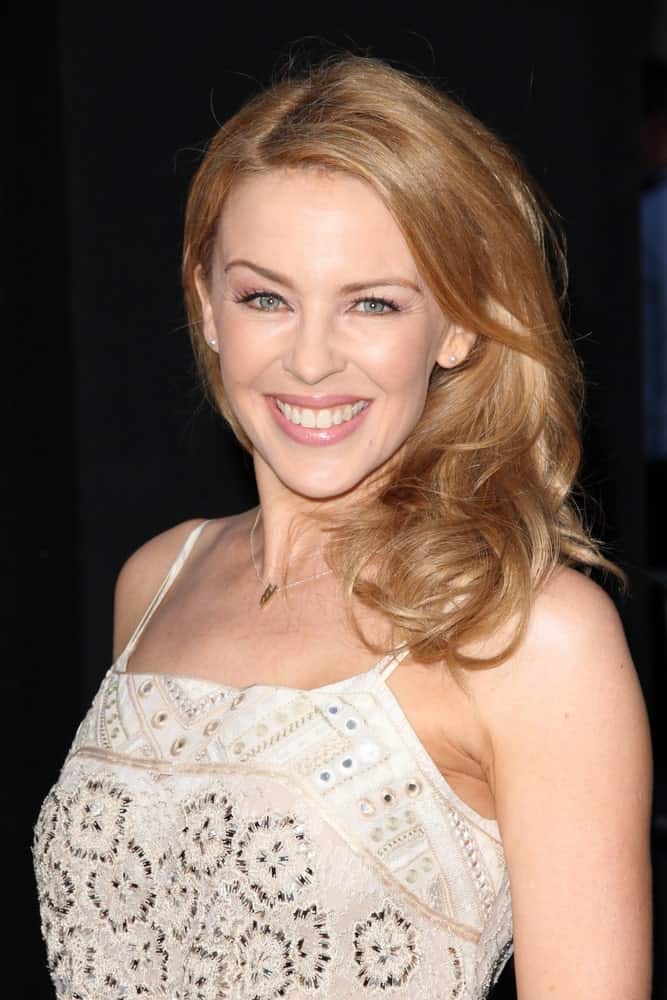 This 50 years old Australian-British singer, Kylie Minogue, has created quite an uproar on social media and in the film industry with her graceful looks and her ageless beauty. She was born on May 28, 1968, and she first received recognition after her appearance on the screens as a tomboy in an Australian soap opera called Neighbors. 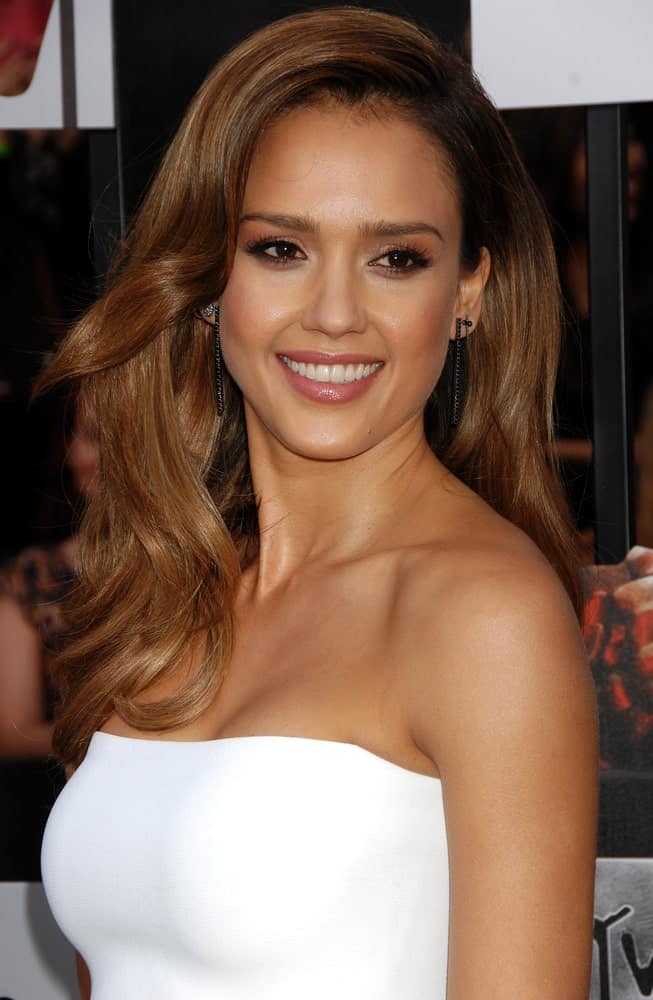 Jessica Marie Alba is truly nothing short of beautiful and gorgeous. At 37 years of age, having been born on April 28, 1981, Jessica is known for not just her appearance in movies but also for her timeless beauty. She is an America actress who rose to great prominence just at the age of 19 after appearing as the lead actress in a television series called Dark Angel, for which she also bagged a nomination for the Golden Globe award. 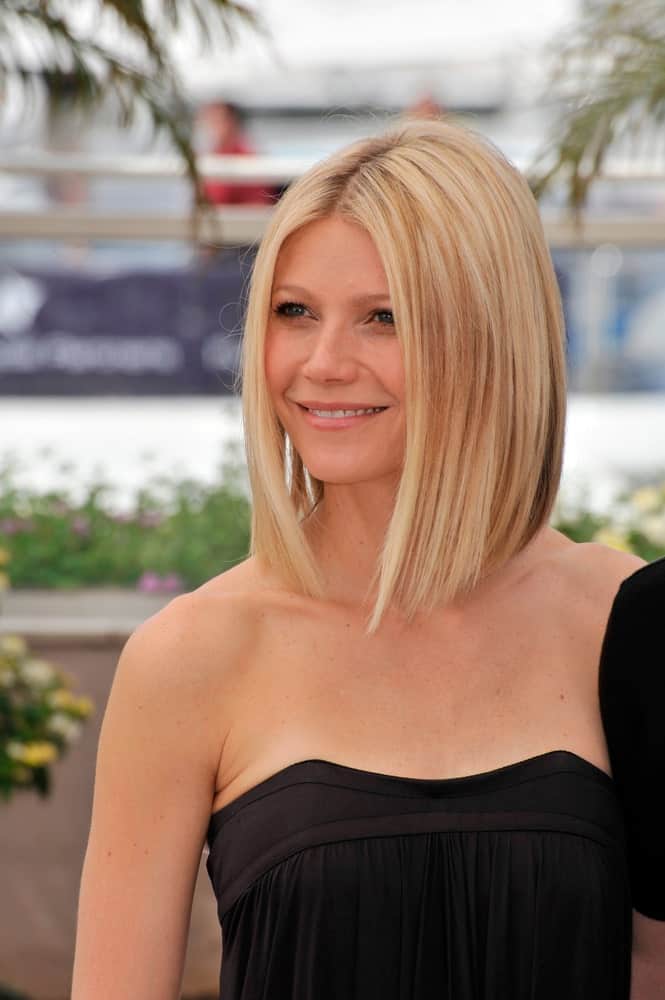 At the age of 46, with her rich golden hair and petite face structure and features, Gwyneth Paltrow has to be one of the most graceful and stunningly gorgeous female celebrities. She is a famous American actress, musician, businesswoman, and a food writer who was born on September 27, 1972. Some of her biggest appearances have been on The Avengers and Iron Man 3. 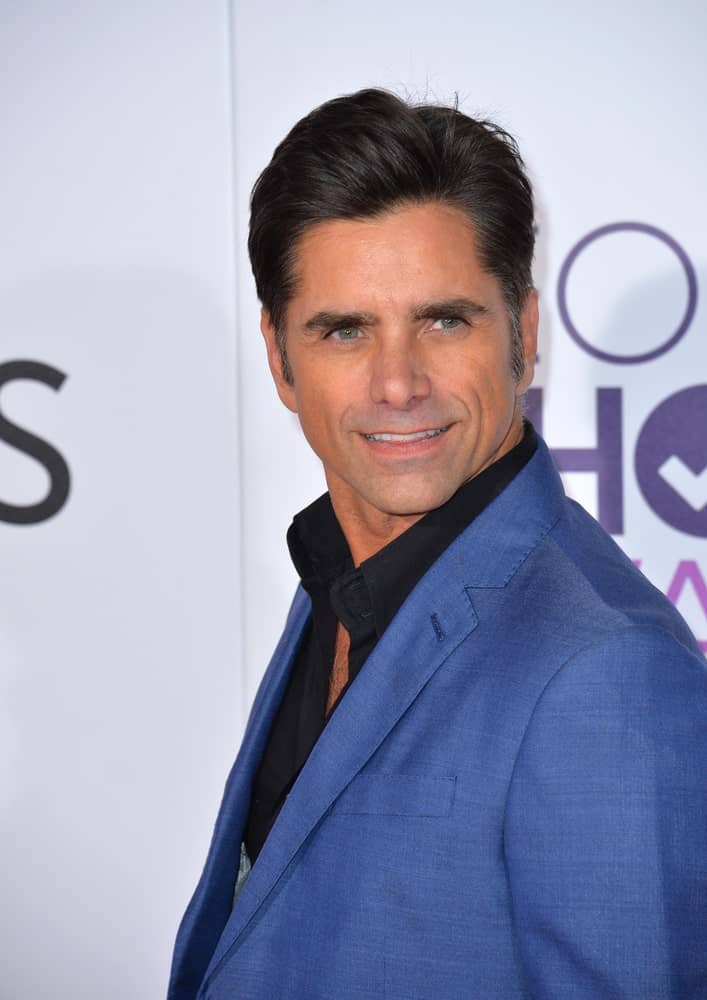 The American actor, singer, comedian, musician and producer, John Phillip Stamos became popular as “Blackie Parrish” after his role in the television series, General Hospital. He was born on August 19, 1963, making him 55 years old. He makes 55 looks 33, by appearing almost decades younger. 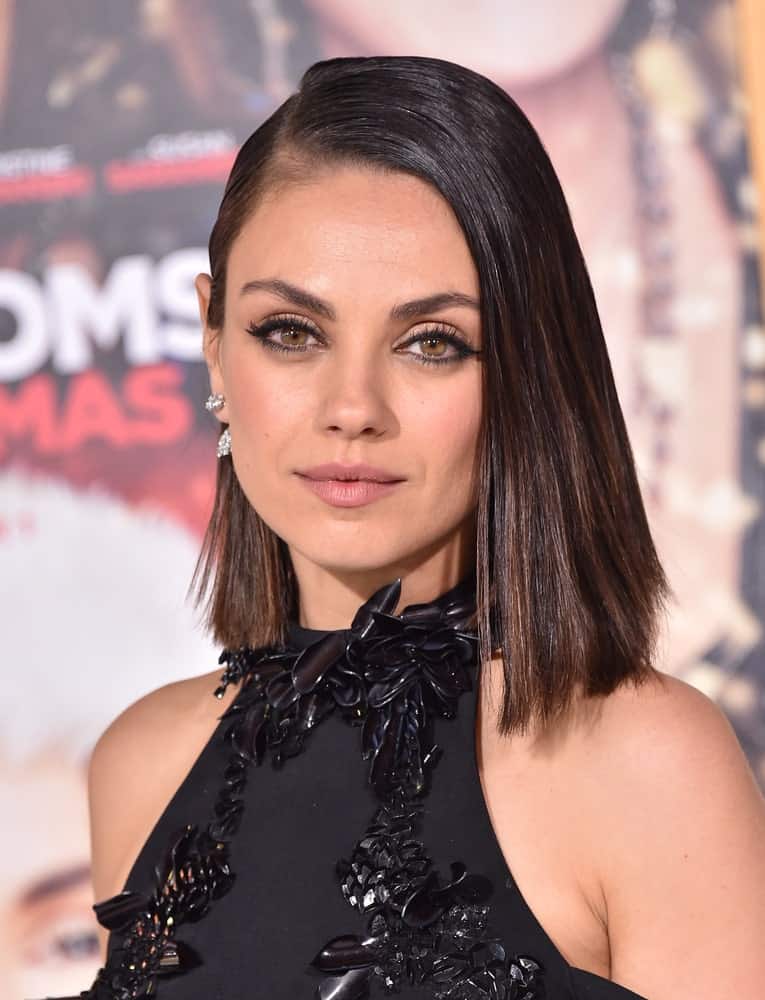 With the ever-humorous and famous movies like “Bad Moms” and “Friends With Benefits” up her sleeve, Mila Kunis is not just absolutely gorgeous but also an amazing actress. She is an excellent American actress who was born on August 14, 1983, making her 35 years old. She married the gorgeous hunk, Ashton Kutcher, back in 2015, making them one of the most adored couples. 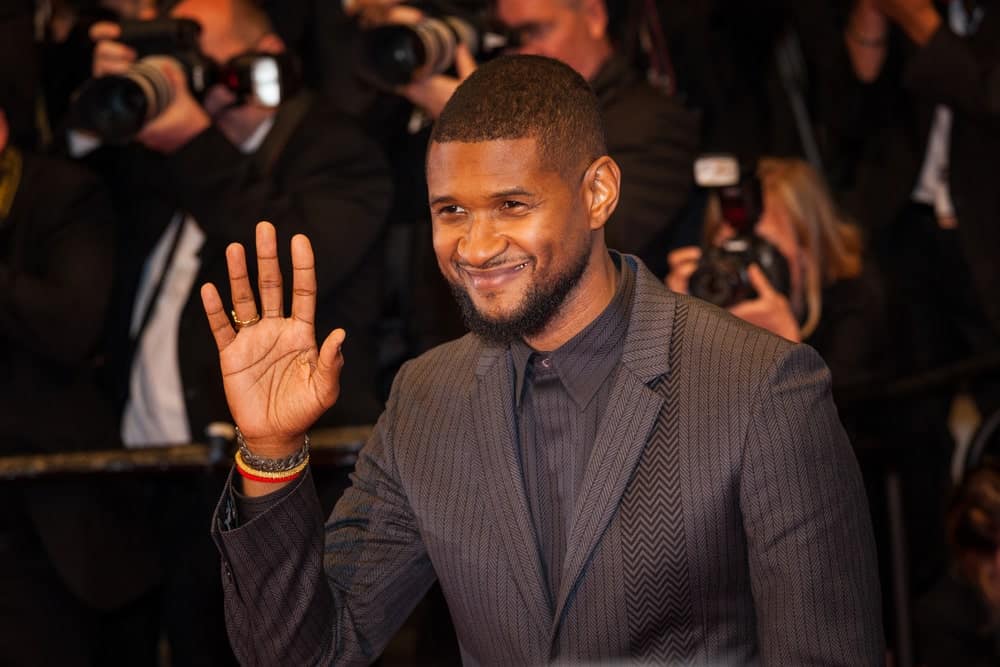 This super funny and cute judge at ‘The Voice’ was born on October 14, 1978. He has quite a few number-one hit songs to his name, the most popular of all being his album Looking 4 Myself that managed to make it to number one spot on Billboard’s albums chart. He has also collected several Grammy and People’s Choice Awards, which have proven to be cherry on top of his super young and boyish looks. 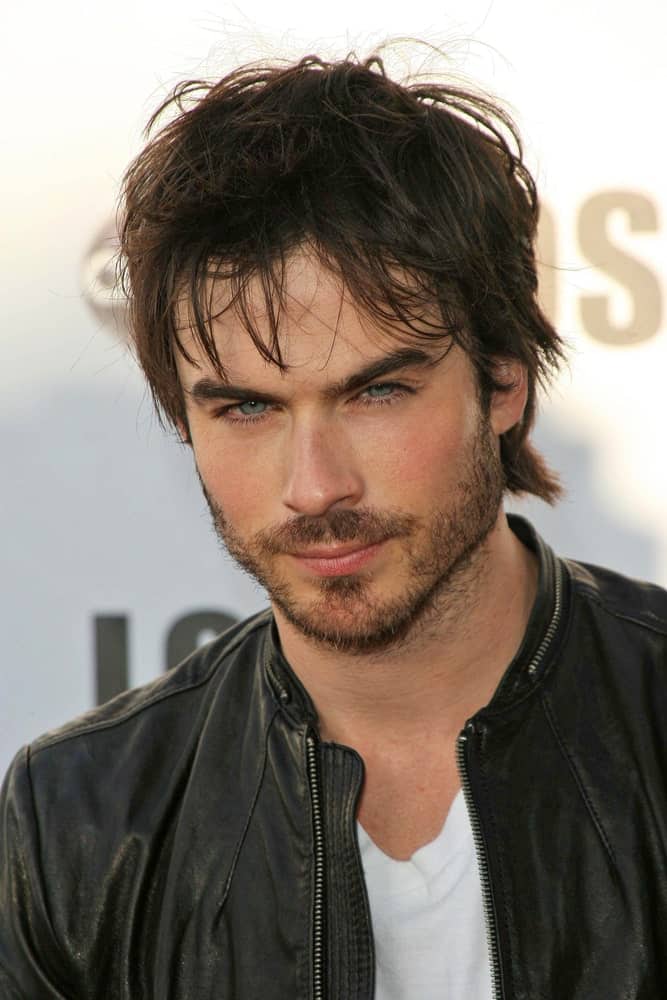 If you are a fan of the ever-famous supernatural TV series, “The Vampire Diaries”, you have probably doted on the unbelievably gorgeous and eye-candy, Ian Somerhalder. This American actor gained quite a huge fan-following after this series, not just for his acting but also his super chiseled face structure and face cut, and of course, the gorgeous deep blue eyes. He was born on December 8, 1978, making him 40 years old. He also married the stunning Nikki Reed a few years back, making them the ultimate power couple. 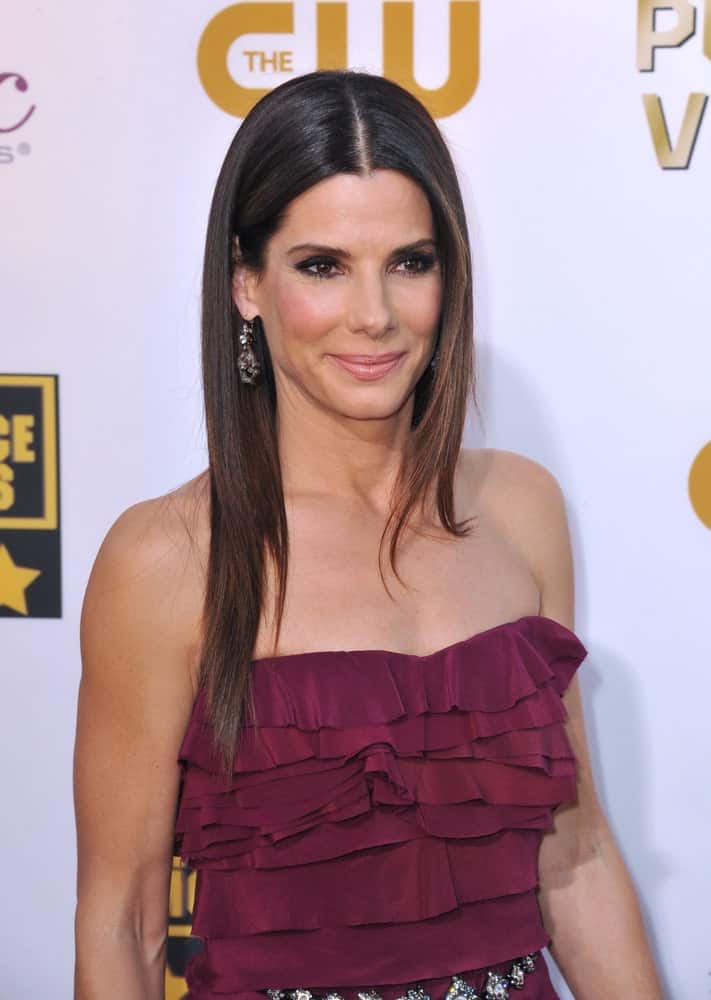 Starring in the recent thriller “Bird Box”, Sandra Bullock looked exactly the way she did a few years back. She was born on July 26, 1964, making her 54 years old which never really reflects on her face. In 2010 and 2014, she was one of the highest paid actresses, and in 2015, Sandra Annette Bullock was selected as People’s Most Beautiful Woman, and for all the right reasons, too.

So, which celebrity among all of these do you think is best defined by timeless, ageless, and absolutely youthful beauty?