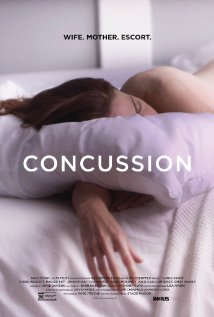 Written and directed by Stacie Passon

Much like its lead character, Concussion is a film slightly crippled by the fact that it refuses to let anyone inside, to figure out what’s really on its mind. The debut film from writer-director Stacie Passon has a novel concept, no doubt, but the execution is more reminiscent of snapshots of a person’s life, beautiful on the surface, with too little going on underneath. Robin Weigert, the film’s lead, is a charismatic and off-kilter actress, enough so that, along with a talented ensemble of New York-based character actors, Concussion is never dull. It is, however, never able to cohere into a fully logical story.

Weigert is Abby, a presumably happily married mother of two children, with her partner Kate (Julie Fain Lawrence). The story begins as Abby is accidentally struck on the head by a baseball, courtesy of one of her kids, causing her to get a nasty bruise and a slight concussion. The conk on the head, though, was apparently all Abby needed to realize and accept that her suburban lifestyle—she works throughout the film on purchasing and remodeling a rundown apartment—has become, or has always been, unfulfilling. So, after some hesitant talks with her (very) helpful remodeling contractor, Abby decides to become a prostitute, if only to free herself from her inhibitions.

It is worth praising Passon, specifically because Abby’s choice doesn’t seem too outlandish in the moment. By the time she commits to even a mild amount of sex for hire, she’s already cheated on her partner with a random hooker in a dingy apartment. The real problem is not Abby’s sexual awakening spurring on her rash decisions, it’s that Passon does too little hand-holding. Outside of the opening credits, Concussion literally begins with Abby, Kate, and the kids getting into their car to bring Abby to the hospital to be treated for the wound on her head. We don’t get to see how unfulfilling her life was before the baseball smacked her on the noggin; we are simply encouraged to presume that Abby finds her existence soul-deadening enough to cheat on her spouse. Kate seems, at worst, to be distant and cold; so too is Concussion. Most of Abby’s sexual adventures and experiences are clipped on either end; a couple of her clients are introduced at a pre-tryst meeting at a local coffeehouse, but it’s rare for any of the engagements to be depicted in full. This stylistic choice extends throughout the story, allowing few of the characters or sequences to feel completely realized or developed. Everything feels half-formed. 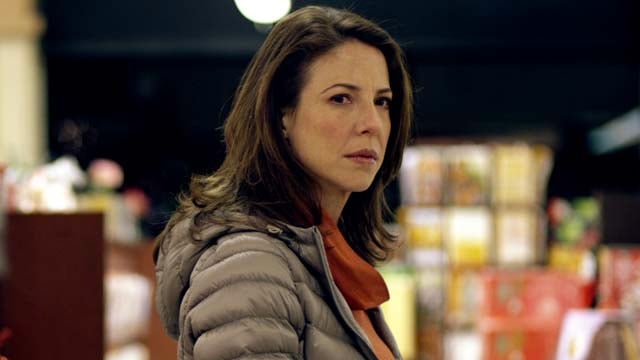 It’s not an issue of casting, to be clear. Weigert, who came to prominence nearly a decade ago as Calamity Jane on the excellent HBO drama Deadwood, is not only an enormously talented performer, but imbues Abby with the right amount of humanity and complexity. She grows confident as the story progresses, never so much to stretch credulity, especially not when she’s around one of her neighbors (Maggie Siff), who happens to become one of her clients. Siff is the right person to play Samantha, utilizing a seemingly natural placid quality to her advantage. She becomes more attractive to Abby–who’s already copped to something of a crush–by offering a totally different sexual experience, intense, intimate, yet controlling. These moments are among Concussion’s best. And perhaps it’s also worth praising Passon that this story doesn’t head down the typical avenues. Early on, based on the cast list, it might seem like Abby and Samantha will grow close, that Abby may lure Samantha (married to a man) into lesbianism, that they’ll have some kind of torrid affair that dominates both of their lives. Not so. In this way, at least, Concussion doesn’t stumble into predictability.

Unfortunately, Concussion feels not so much unpredictable as it does conflict-free for a majority of its running time. Kate has to discover what Abby’s up to, one imagines, and yet there doesn’t seem to be a moment throughout the first two acts that would lead Kate to be suspicious. This, because Kate is so poorly drawn as a character, as lacking in presence as the film itself is. Abby begins many relationships in this film, even if most of them end with a financial transaction. Her choice to become a new woman all starts with a knock on the head, yet so few consequences arise from that potentially damaging decision. Concussion boasts a solid lead turn from Robin Weigert, and an intriguing idea at its core, but this is a case where a film feeling like a short-story adaptation works against its favor; Concussion’s idea should be expanded to a far greater, more novelistic length. 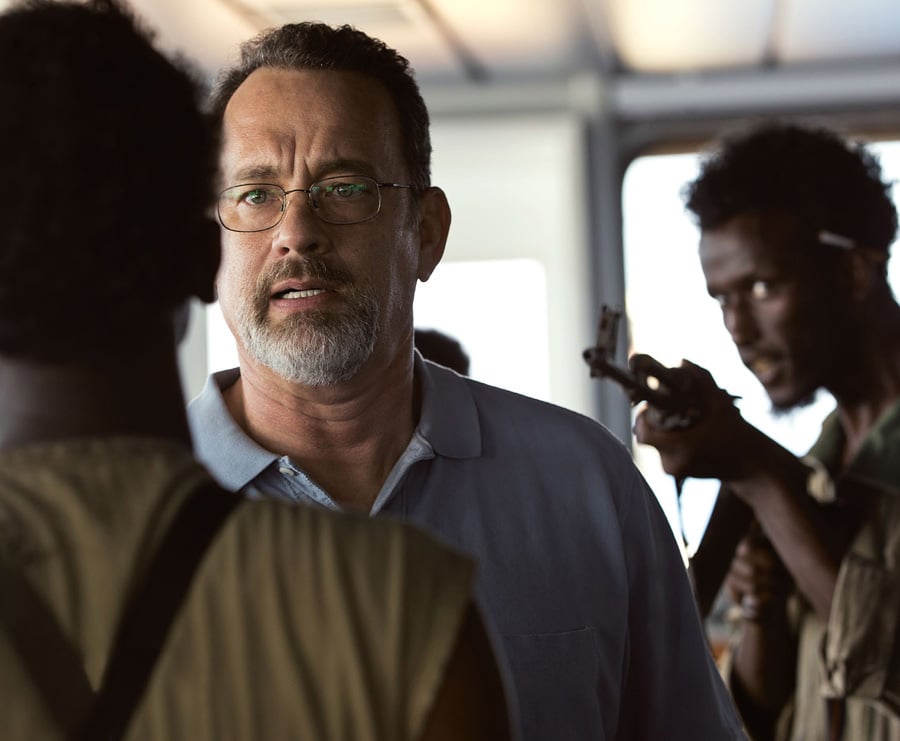 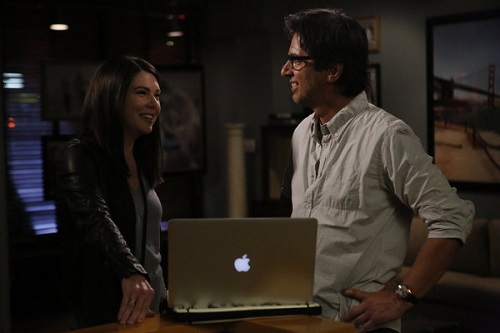