From a very early age, we’re taught that when you do something wrong, you’ll get punished. Maybe you hit your sibling and you get grounded, or you cheat on a test and get detention in school. Once we leave the education system, the punishment for our crimes becomes more serious, depending on the severity of whatever we’ve done. But the idea remains: someone who does something bad has to be punished. In this respect, the modern criminal justice system has no gray area. We’re so fiercely committed to the notion that a suspected burglar or murderer or rapist has to be the real criminal, the true perpetrator of a heinous act, and that they deserve the harshest punishment possible, that we ignore the gray area. The new documentary The Central Park Five is a methodical and painful look at one such time when the black-and-white tendencies of the criminal justice system failed five innocent men.

In April of 1989, jogger Trisha Meili was assaulted, raped, and left for dead in Central Park. To this day, it’s a miracle that she survived, as she was found hours later with massive blood loss, suffering from hypothermia. Though New York City was, at the time, going through a massive spate of vicious crimes, this one hit a nerve across the city and country. Five teenagers—Kevin Richardson, Yusef Salaam, Raymond Santana, Antron McCray, and Kharey Wise—were among a large gang in Central Park at the time of the rape and were accused of the crime. After long hours of interrogations, the five men confessed in some form, each one implicating the others. Once the trial began, however, they denied that the confessions were honest; though the young men went to jail, it was revealed in 2002 by a man named Matias Reyes that he’d committed the crime, and the five men were completely innocent. 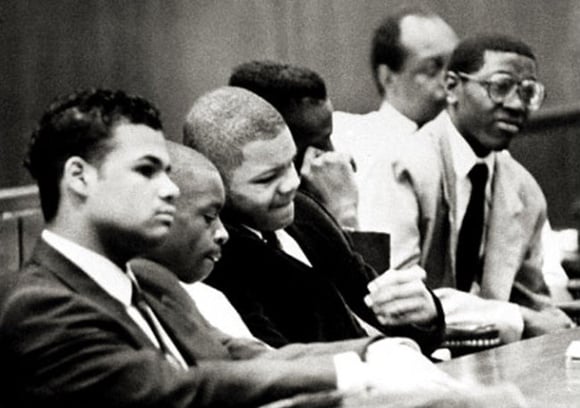 It’s this gross miscarriage of justice that is slowly and confidently revealed in The Central Park Five, the latest from prolific filmmaker Ken Burns (who co-directed, co-produced, and co-“wrote” the film with his daughter Sarah Burns and David McMahon). The five men who stood accused of the rape and assault all appear in the film, both in old TV footage and in new interviews, though McCray only appears in voiceover to protect his privacy. Burns eschews some of his more familiar camera tricks and techniques, as seen in the epic-length and immensely compelling documentaries Baseball or The Civil War, or even his most recent, The Dust Bowl.

There’s no narrator in The Central Park Five, just the voices and faces of the men who were guiltless, along with some journalists, lawyers, and psychologists, among others. This straightforward approach serves the film extremely well, allowing it to have an even more powerful impact, especially in the final 30 minutes. Burns’ most stylish moment is also the film’s most gut-wrenching, as we hear Reyes, in prison, explaining how he felt the urge to come forward and admit his wrongdoing because he knew it wasn’t right for the five young men to be in jail for that specific crime in his place. The audio of this confession is intercut with shots of the quintet, all but McCray as they are in the present day, the youth beaten out of them, replaced by weathered, grim age. The moment is goosebump-inducing and truly emotional. 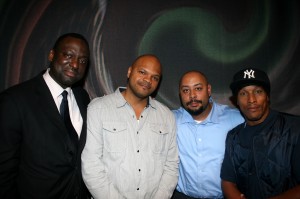 The Central Park Five is also a perceptive analysis of how race was a major factor in the case, as Meili is white and her accused attackers are either African-American or Hispanic. It’s pointed out in the film by one of the interviewees that other horrible attacks and rapes were occurring while the Central Park Jogger case was being prosecuted. And yet, because both the rapist and victim in that case were of the same race, the media didn’t give it much attention, certainly nothing compared to the frenzy of activity surrounding the case at this film’s center. And in the third act of The Central Park Five, many of the talking-head interviews, including that of Jim Dwyer of The New York Times, point out that large swaths of the New York press were unable to acknowledge that maybe, just maybe, the feverish froth surrounding this case was misguided and wrong. Even after DNA evidence proved the five men were innocent, members of the press cast doubt on the situation. The gangs parading around New York in the 1980s were feared and declaimed in newspapers, but it’s clear that the true gang mentality focused like a laser on the Central Park Jogger case was equally detrimental.

The Central Park Five is a film whose existence is both sad and necessary. Ken Burns, Sarah Burns, and David McMahon have done an excellent job of crafting this film, evincing an appropriate level of simplicity in bringing together the disparate parts of this disturbing and heartbreaking story. Whenever news breaks that the person or persons convicted in a criminal case were actually innocent, and that DNA evidence backs up the revelation, it’s infuriating to realize that the justice system can be wrong. We hope that justice prevails, that it’s some heady concept able to rise above the misdeeds of humanity, but stories like The Central Park Five serve to prove otherwise, to lift our heads out of the clouds and make us face the hard facts that these most awful mistakes are the ones we must own and learn from. The Central Park Five will make you mad, but in doing so, it’ll also teach you a valuable lesson. 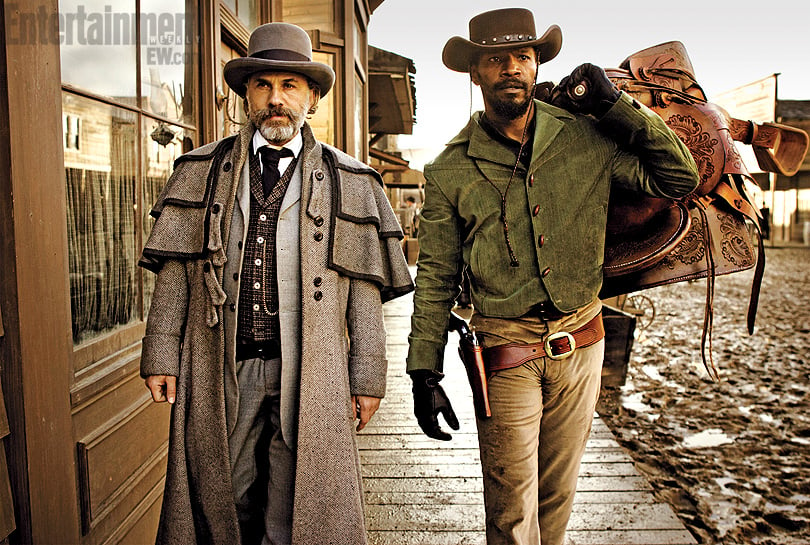 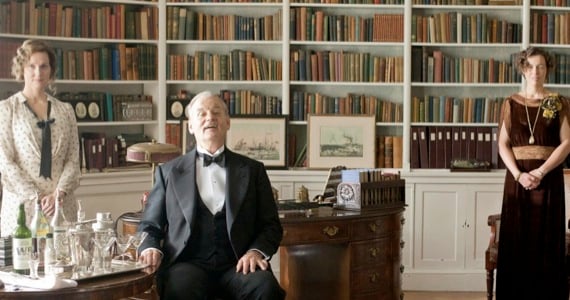