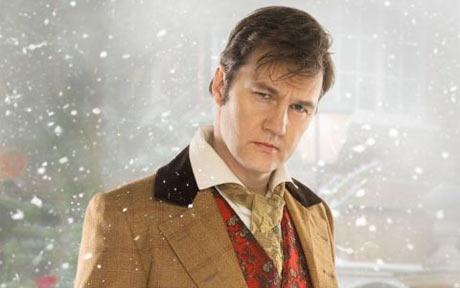 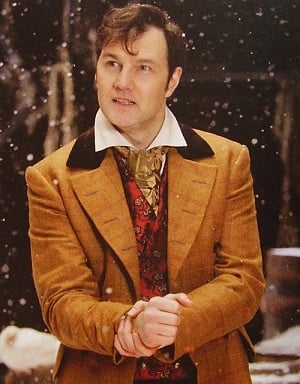 Background: When we first meet this character in Victorian London, he believes himself to be the Doctor, so we initially learn very little about his background. Throughout the story it’s revealed that Jackson Lake had traveled with his family to London only to see his wife murdered by the Cybermen and child taken to be used as a laborer.

Family: Jackson is a widower of Catherine and father to Frederick. After his wife’s death (and the infostamp snafu that lead to him believing he was the Doctor), he teamed up with his Companion, Rosita and by the end of the story, it’s implied they will build their life together moving forward, along with Frederick.

Personality: We don’t see much of Jackson’s personality, given that it’s been overwhelmed by the Doctor’s. He is a devoted husband and father and though not as dashing as his Doctorly alter-ego, he’s a good man at heart.

Special Skills: Bravery and derring-do brought on by head trauma (and the infostamp accident)

Highlights: His first interaction with the Doctor is particularly entertaining

Lowlights: Jackson leading the people of London in cheering for the Doctor (you’re telling me no one remembered a giant robot stomping through Victorian London? Thankfully Moffat retconned that with the Crack)

Other notes: Jackson was introduced while there was much discussion among Whovians about how long David Tennant would be playing the role. The character, along with the title of his story, feels like a direct reference to this uncertainty.