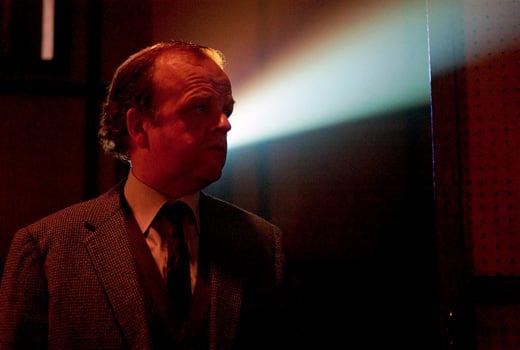 Berberian Sound Studio is an unusual thriller with a very striking atmosphere. Set amidst the production of a 1970s Italian horror production, it is definitely informed stylistically by giallo films, but also bears strong resemblances to David Lynch, early Roman Polanski and certain efforts from Ingmar Bergman that hinged on horror and the psychological. Crucially, however, its allusions to other cinematic trappings do not create a derivative impression; Peter Strickland’s confounding sophomore effort has a unique feel all of its own.

The loose narrative concerns Gilderoy, deftly played by Toby Jones, a British sound technician arriving at a studio in Italy for a new job. The filmmakers having failed to inform him of what kind of film he’d be working on, Gilderoy struggles to cope with his tasks thanks to pressures from his manipulative and demanding bosses, the language barrier, and his unease regarding the production’s grisly footage that he must watch over and over again. Crucially, despite the hallucinatory giallo influences in some of Berberian’s visuals, no footage from the film being made is ever witnessed. As the title suggests, sound is vital here, specifically the relationship between sound and image. So much of the film focuses on the juxtaposition between the implied terror of the unseen images and the source of their accompanying sound; the smashing and cutting of fruits and vegetables may never have been quite so discomforting a spectacle. Sound here is crucial in creating the mood of a film and sustaining the basic message of images, but Strickland toys with this relationship to haunting effect. An actress screams, but the viewer is deprived of the sound in an otherwise soundscape-heavy feature, while elsewhere audio content from one scene bleeds into the next; sequences merge together just as Gilderoy’s paranoid nightmare becomes a confusing blend of what he actually sees and what he dreams.

Berberian Sound Studio’s use of soundscapes provides a thoroughly uneasy atmosphere. Its giallo references and detailed portrayal of painstaking analogue soundtrack techniques could be seen as a satirical poke at the film industry’s altered methodology in the digital age, but its deconstructive qualities exist to reveal and examine the fears that lie beyond the genre and medium’s artifice. Gilderoy, in one scene, is criticised for describing the film he’s working on as simply ‘horror’, and Berberian Sound Studio, despite the content of the Italian film being made within it, does not delve down a murder narrative path like one might expect. It is menacing, but also meditative: a claustrophobic examination of fear and hallucination. Strickland’s film is a thriller of sensory overloads, and its primal atmosphere and beguiling but powerful final stretch are utterly riveting. 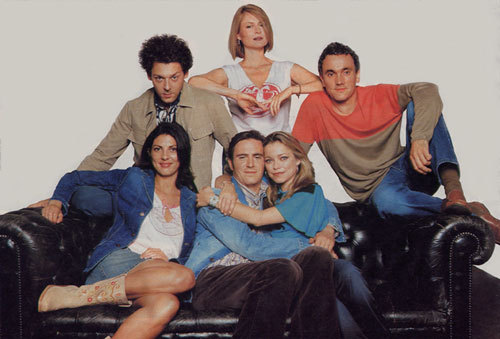