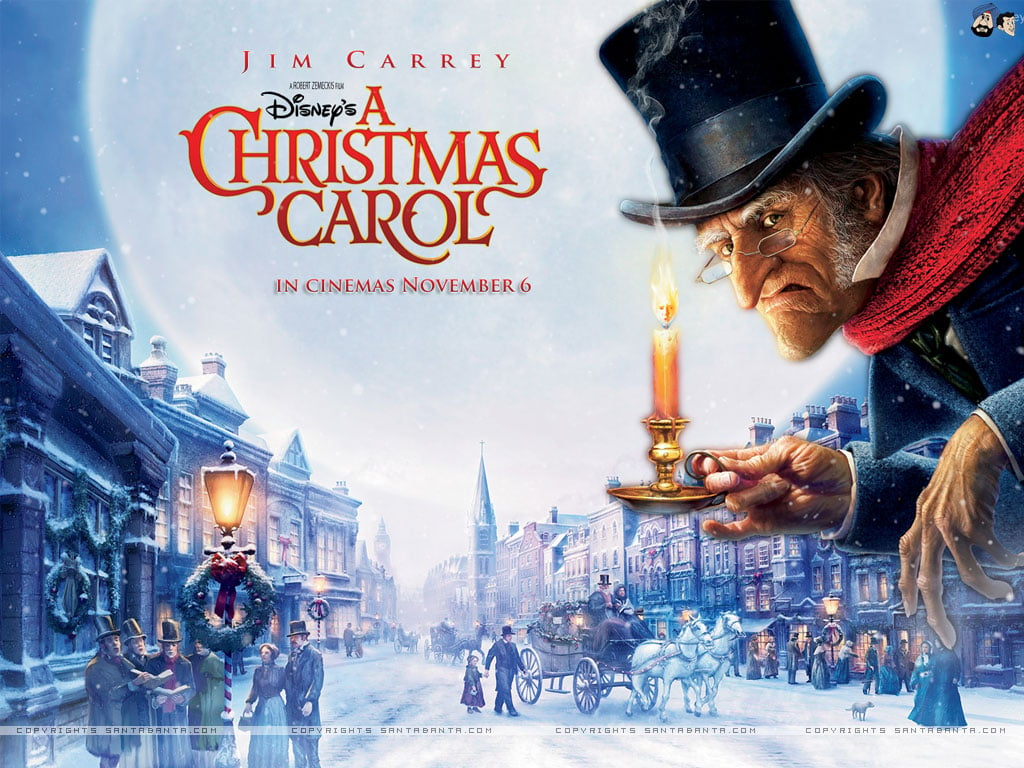 Written and directed by Robert Zemeckis

All cinema is artifice. This isn’t a groundbreaking epiphany or statement, but the success of most movies hinges on the audience not taking that statement into account. But it’s true: all cinema is artifice of one kind or another. Even documentaries have some artificiality, because no matter how blisteringly true something from, say, Errol Morris is, he’s still shaped the raw footage he collected into a movie. Fictional films are far more artificial, depending on the content and presentation. Sometimes, if the director is shrewd enough, they can manipulate the audience in such a way that they’ve completely forgotten that they’re sitting in a darkened movie theater, so they believe they’re part of the movie they’re watching.

Robert Zemeckis used to be such a director. There was a time–back when he made movies with real people, not animation–when his movies felt as timeless and magical as anything from Steven Spielberg. Spielberg produced the trilogy that helped Zemeckis leap triumphantly into the mainstream, the Back to the Future films. I mentioned it on the show, but I’ll emphasize it here: I love the first Back to the Future film. (For posterity, I like Back to the Future, Part II a lot, despite appreciating its many flaws, but I’ve never been a huge fan of the final entry in the series.) I’ve seen it hundreds of times. Just a couple of weeks ago, I was watching it on HBO and reciting the film’s script, not only line by line but matching the emotions the actors are evincing. I wasn’t just able to parrot Christopher Lloyd as he said, to Michael J. Fox, “Weight has nothing to do with it,” in response to Fox’s Marty McFly commenting on the gravity of his time-traveling situation by saying “Heavy.” No, I was emulating the baffled frustration in Lloyd’s voice.

Point is, I love Back to the Future. And I love Who Framed Roger Rabbit, the first true example of Zemeckis’ ambitious thirst to make unique and technologically advanced entertainments. It’s a hell of a lot of fun to watch this zany trip into nostalgia, but Who Framed Roger Rabbit clues us in to a problem Robert Zemeckis has had in the last decade: technological wizardry is more important to him than telling good stories well. Even from Cast Away, which features a bravura lead performance from Tom Hanks, it’s been clear that Zemeckis is more interested in pointing out what kind of cool tricks he’s pulled off. Though Cast Away is a good film, I remember the hubbub surrounding its production more than the movie itself. “Look, Tom Hanks lost so much weight and they had to pause production for six months!” Four years later, however, is when Zemeckis would throw his lot in with pure artificiality: motion-capture animation.

Ever since The Polar Express in 2004, Robert Zemeckis has been disturbing people around the globe. OK, that’s a bit much, but one of the chief criticisms of that holiday film was that the human characters didn’t look quite right. There was something in the eyes, or more appropriately, there wasn’t something in the eyes. Why get invested in a story populated with such lifeless automatons? I discussed this a bit on the show, but I never had much of a problem with the characters in The Polar Express, at least not to the same degree that I found fault in Zemeckis’ other holiday film, the 2009 Walt Disney Pictures film A Christmas Carol, starring Jim Carrey as Ebenezer Scrooge, Gary Oldman as Jacob Marley and Bob Cratchit, and Colin Firth as Fred.

Since recording the episode, I coincidentally wound up watching The Polar Express again, as it’s a movie my wife loves and finally bought on Blu-ray on Black Friday. While I think that the show-offy nature in The Polar Express is well-earned, it’s also meant to distract from how empty the story is. You would think that Zemeckis and William Broyles, Jr., who co-wrote Apollo 13 and wrote Cast Away, could come up with enough content for a 100-minute movie even when adapting an extremely short story. (The Polar Express is based on a children’s book by Chris Van Allsburg. It’s interesting to note that another of Van Allsburg’s works, Jumanji, was also adapted into a film and even though it’s pretty flat, at least that movie doesn’t feel like it’s killing time.) You’d be wrong. I appreciate that Zemeckis couldn’t make a 30-minute movie, but there’s no forgiving the “Hot Chocolate” song or any of the other interludes, most of which are…songs.

I bring all of this up in comparison with A Christmas Carol, because even there, Zemeckis finds ways to kill time. Let’s keep in mind that his source material is not only one of the most well-known stories of all time, but it’s not 20 pages. While Charles Dickens wrote far longer novels in his illustrious career, A Christmas Carol is tailor-made for cinematic adaptation. Why screw with something that’s been almost handed to you as a treatment for a film? This is, by the way, where I need to justify the fact that I’m a Christmas Carol purist. The root of this is that so many of the film and TV adaptations of this story are so unfaithful that it would be funny if I didn’t find it so sad. “See Bill Murray in a modernized comic version of A Christmas Carol!” “Fall in love with Albert Finney as Scrooge in this new musical!” “Time for the Flintstones to retell this magical tale!” I’m not against change, mind you. If every version of A Christmas Carol was faithful to the letter, it’d get pretty dull pretty quickly. But that’s the point: so few versions of this story ARE faithful. Of the many different retellings, at least since talking pictures were invented, a grand total of three are faithful. Two are from television, starring George C. Scott and Patrick Stewart, respectively, as Ebenezer Scrooge. The other is a film from 1951, starring Alistair Sim. These don’t have gimmicks, they don’t have twists on the story, they’re just the story.

Relating this to Robert Zemeckis’ version, I must give him a bit of credit: ignoring the motion-capture animation, this is a pretty faithful adaptation. It’s maybe 80-85 percent accurate, and that’s no small feat. The two big problems, though, are that the movie does have motion-capture animation and was initially presented in 3D, and the 15-20 percent of the movie that’s not faithful is completely wrongheaded. I appreciate that most of Hollywood, as an industry, assumes the people who consume its products are idiots. I’m aware that, yes, there are some truly visionary filmmakers and artists in the business who respect their audiences. And Robert Zemeckis is not the worst offender, but the action sequences in this movie are inexplicable and offensive, mostly because there don’t need to be action sequences in A Christmas Carol. We could debate the classification of the scene where, after first seeing the Ghost of Christmas Future, Scrooge is shrunk to the size of a bug and is chased by said spirit. But that’s a scene in this movie that seems chiefly designed to keep younger audiences awake.

I hope I’m wrong in that assumption–though it’s not a great second option, I’ll take Robert Zemeckis being passionate about the sequence for creative reasons over audience condescension. Let’s pretend, though, that the sequence is meant to rouse kids out of their presumed stupor. Why waste five minutes of your movie on a seemingly endless chase two-thirds into your movie to keep kids awake? Don’t most kids know the beats of A Christmas Carol? Aren’t they aware of the story? And if they’re not, and they’re apparently bored out of their minds an hour through the film, a chase scene isn’t going to stop that problem. If there were creative reasons for that scene, I would love to know them. I can’t fathom any excuse or justification at this moment, though. Is this chase a good example of what madcap insanity Robert Zemeckis can come up with through the medium of animation? Perhaps. Is it necessary in a version of A Christmas Carol? No. There’s a lot of that as I watch A Christmas Carol, a lot of wondering whether a supposedly creative decision was worth the risk, and all too frequently, I have to answer with a big “No.” Starting from the top, as we wonder if casting Jim Carrey, a middle-aged American actor predominantly known for comedy, as Scrooge is worth it. While Carrey can do drama quite well, he’s a gifted physical performer, and motion-capture animation can feasibly transform any actor into anything, the casting seems especially weird when you consider that he’s playing against Gary Oldman and Colin Firth. Could there not be a live-action version of this story with Oldman as Scrooge and Firth as Bob Cratchit? (Hollywood, you may send my check in the mail.) Don’t get me wrong: Carrey’s not bad in this film, but he’s not a breath of fresh air, nor does he bring surprising poignance or malevolence or anything to his interpretation of the character. His accent is consistent, but it also put me in mind of his much more successful role in the underrated Lemony Snicket’s A Series of Unfortunate Events.

None of the actors are particularly amazing here, even though Carrey and Oldman are given room to stretch, as they play multiple characters. Oldman’s best among the actors, bringing enough singular qualities as both Bob Cratchit and Jacob Marley. But none of the actors are served well by the motion-capture animation technology. I don’t know why the quality of the motion-capture from ImageMovers Digital, the company Zemeckis founded in the late-1990s, is so shoddy compared to that of WETA or Industrial Light & Magic, but it is and there’s no getting around it. The character design in A Christmas Carol is, I assume, not meant to be off-putting or disturbing, yet those are the only words I could think of when watching the characters interact with each other. There were flaws in the character interactions in The Polar Express and Beowulf, but they seem to stand out most sharply here.

The last scene of A Christmas Carol is meant to show us just how much Ebenezer Scrooge has changed, literally overnight. It’s the first day back from work after Christmas Day and Bob Cratchit is late after “making merry.” Scrooge intends on raising Bob’s salary and, in general, treating him like a decent human being. When Bob arrives, Scrooge reveals his news in a typically grouchy fashion, building up to saying “I have decided to raise your salary!” Bob is naturally taken aback, and Scrooge laughs merrily, explaining that he’s serious. The laughter is the problem in this version. We see Scrooge laugh for a good two seconds, and at no point does it seem human. The uncanny valley effect, wherein people are repulsed when 3D animation creates almost-but-not-quite-lifelike human characters, is on full display here.

A Christmas Carol is an iconic, rightly beloved piece of Western literature. I don’t blame people for adapting it time and time again, and I welcome each adaptation with hopeful arms. Even if it’s not faithful, an adaptation can be good. (I may have mocked the other, less faithful versions above, but that doesn’t mean they’re automatically bad for being unfaithful. Well, except Scrooge. I can’t stand that movie.) If, however, you intend on being faithful in content but not presentation, you need to have a really good reason. Robert Zemeckis’ sole reason for using motion-capture and 3D (of which, the less said, the better) is to nudge us in the ribs and say, “See? See? Look at what I did!” That’s just not good enough.