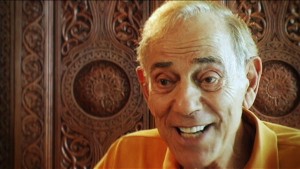 The amazing thing about the horror films of Herschell Gordon Lewis is not that they were shocking in 1960s. From what I gather from classic rock radio stations and Partridge Family reruns, vibrantly coloured juice raised eyebrows prior to at least 1975.

No, what’s amazing about films like 1963’s Blood Feast and 1964’s Two Thousand Maniacs is that they’re still shocking. Even in the age of Hostel and Martyrs and the horrific moral atrocities in what Takashi Miike seems to believe are sex scenes, seeing someone fondle loops of intestines like the pottery wheel in Ghost is outrageous.

Don’t believe me? Then head to Fantasia and check out tonight’s world premiere of documentary Herschell Gordon Lewis – The Godfather of Gore, directed by Jimmy Maslon and Basket Case filmmaker Frank Henenlotter, followed by a 35mm print of Blood Feast.

Or, if you’re squeamish, just listen to the interview I did with Lewis, Henenlotter, Maslon and producer Mike Vraney.