For the first in this brief series of controversial films rated NC-17, we’re going back to 1969, the year after the Motion Picture Association of America (MPAA) created the modern U.S. movie rating system. When Midnight Cowboy was released, there was no NC-17 rating. Instead, filmmakers whose movies were deemed too adult for an R rating, were left with the option of an X rating, or none at all.

The history surrounding this film really turns on Schlessinger’s integrity as a filmmaker. Schlessinger never expected the film to be a huge financial success, and knew that it would probably offend a number of audience members. Producer Jerome Hellman describes on the DVD Collector’s Edition commentary, how he and Schlessinger knew “it wasn’t a film for children anyway.” So, inspired by the sobering book by the same name, they went ahead and made the film they really wanted to make.

In Midnight Cowboy , Joe Buck (Jon Voight), a naïve Texas boy, acts on the bright idea that if he moves to New York City, rich, lonely women will fall over themselves to pay him for sex. Basically, he heads out to realize his dream of becoming a male prostitute with an irresistible cowboy twist. It may sound like a comedy, but after Joe Buck ends up paying his first client instead of getting paid, it’s one heart-breaking scene after another. Through the grime and sparkle of Times Square, Joe finds slick, sickly Ratso Rizzo who will be both his downfall and his savior. Tame by today’s standards (think Basketball Diaries), the film dealt with issues 1960’s American society had just barely begun to acknowledge: homosexuality, prostitution, drugs.

The New York Times review the day after its opening at Coronet Theater, described the film as “so rough 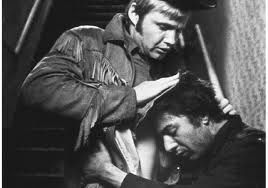 and vivid that it’s almost unbearable.” Michael Childers, John Schlessinger’s life partner, recalled that the opening stirred audience members: “At that screening on 7th avenue in New York it was electrifying. People were sobbing, in tears, applauding, it was amazing. “ It is an unconventional story of love and despair set against a mean, unforgiving backdrop, and considering this film was hot on the heels of The Graduate, people must have been shocked at Dustin Hoffman’s portrayal of the pathetic, gimpy “Ratso.”

Ironically, in the same review, The New York Times also wrote that Midnight Cowboy was “not a movie for the ages.” But this was before it won Best Picture, Best Director and Best Adapted Screenplay that very year. That’s right. Midnight Cowboy is also on this list because it has the distinction of being the only X rated film to win an Academy Award for Best Picture. John Schlessinger was so sure the film wouldn’t win any of the categories it had been nominated for, that he didn’t even stop working to attend the Oscars. It was a shock to everyone.

After winning big at the Academy Awards of 1969, the film was re-released in its original form on a wider scale with an R rating. “After the film won an Oscar, described producer Jerome Hellman, “the ratings board came back and they said, look, if you will let us cut one frame out of the movie so we can say it was re-cut, we’ll change the rating.” But Hellman and Schlessinger, backed by their distributor, United Artists, stood their ground. They refused to cut a single frame.

Commentary on the DVD suggests that the scene the MPAA ratings board found disagreeable was one between Joe and a young man with desperate eyes in a dark movie theater. In the words of actor Bob Balaban who played the young man in the movie theater, “I guess when you get the stamp of approval of the Academy, you get to be a little more risqué.” And while Midnight Cowboy got a free pass, the MPAA was quickly establishing what would become one of its defining characteristics:  to apply tougher ratings to films with explicit sex, especial gay sex, than films with graphic violence.

Here’s a clip from the NY Times Critic’s Pick series decades later, the same publication that claimed the film was “not a movie for the ages” in its initial 1969 review: http://video.nytimes.com/video/2009/01/26/movies/1231546059823/critics-picks-midnight-cowboy.html 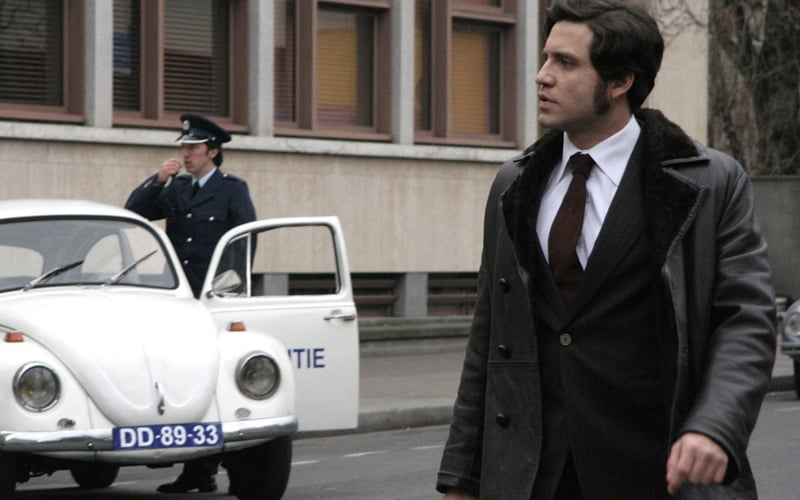