In a rave article for The Dissolve last month, David Ehrlich praised Gareth Edwards’ Godzilla with the same bullet points the film’s detractors cited. Dubbing it the “first post-human blockbuster,” Ehrlich argues Godzilla’s amnesia about its human relationships is its greatest strength and that “the perspective through which this story unfolds undergoes a slow tectonic shift toward the omniscient.”

It’s mid-June now and Godzilla remains the best popcorn fare this summer has offered thus far, but Ehrlich’s point is a fun if not entirely convincing one. When facing cataclysmic global change (as the human characters in Godzilla do), the noble choice involves looking beyond ourselves. But Godzilla is very much interested in the human perspective, whether that perspective is facing giant monsters or an allegorical climate crisis. Just listen to Alexandre Desplat.

In a film full of monsters, Desplat might be the biggest one. The composer has been on an absolute tear, with scoring duties on multiple arthouse and mainstream fare in the same year. (It’s a flawed sample but Godzilla marks the third time I’ve written about his work in six months.) And with the possible exception of Zero Dark Thirty, Godzilla is easily Desplat’s most dour work to date — a fact his main theme is committed to announcing. The appropriately-named title track “Godzilla!” quietly stews in a frothy lower register. Its horns are bent and loose, swirling like an ancient primordial soup before low brass begin their stomping. Such a big, lumbering idea seems obvious in a story about big, lumbering things but the stabs of strings and whines of woodwinds subvert some of the expectation. Violins and cellos surge in unison and the addition of maniacal bell percussion recalls an impure science at work, like bolts of electricity resurrecting Frankenstein’s monster. This reworked theme thumps along like Ifukube’s original but Desplat broadens his acknowledgement with context. 2014 isn’t the first time (nor the last) the “Big Guy” has destroyed box offices, and this new theme takes time to wind itself up. It’s an introduction not unlike the opening moments of James Newton Howard’s King Kong, and both scores approach their respective subjects with respect. These are overtures to the overtures.

But “Godzilla!” is more fake-out than proper introduction. When they turn up, brass sections dominate the expanded 108-piece orchestra, but Desplat saves the action for later, much like the film. Strings and percussion are the bread and butter as first laid out in “The Power Plant.” Rich with narrative shifts and emotional peaks, strings also spread tension across large chunks of time. A swarm of trumpet and horn briefly engulfs the tumbleweed of panicked violins and synth, but the terror of the Janjira plant’s meltdown is fleeting. The notion that our most painful memories are best left forgotten is one Godzilla clings to, and the mourning figures the track ends on might sound beautiful were they not born from the horrors that precede them.

In its PTSD, “The Power Plant” becomes a blueprint for the score, one that’s repeatedly needed as monsters carry out their “wash, rinse, repeat” procedure on coastal cities. “To Q Zone” snaps out of quiet piano and into martial low-register percussion while “The Wave” does the same inside an aqualine swirl. (If you’re wondering where any Jaws comparisons came from, look no further than these moments.) “Muto Hatch” and “Airport Attack,” might be the ultimate exemplars of attack-and-release, exploding with terror before settling into a false calm. Percussion and low brass in “Muto Hatch” amplify the cold sweats of Ken Watanabe and Sally Hawkins’ scientists while the strings in “Airport Attack” sound like they’re fleeing the scene of monsters assaulting Japan’s bullet train. If the brass announce the arrival of danger, then strings announce our panic like a timid Greek chorus.

It’s essential that the music consider our reactions to the aftermath, especially when compared to the “post-human” skyscraper-crumbling in a film like Man of Steel. Aaron Taylor-Johnson’s soldier is only interesting when he’s next to cement and steel rebar, but his perspective scales Godzilla’s destruction — both emotionally and quite literally. A slow build of string arpeggios and an elongated “Godzilla!” theme in “Ford Rescued” stretch out and process the trauma of Taylor-Johnson’s soldier like a racing heart on the slow comedown A leitmotif in French Horn and trombone emerges from the wreckage of “Vegas Aftermath’s” nasty flute/synth combination before dissolving into a ray of hope in a cluster of trumpets. Like the final moments of “Power Plant’s” mourning, these slivers of steely resolve poke through giant battlegrounds and tidal waves.

Desplat’s score is hardly “post-human,” but it isn’t above indulging in the big, dumb stuff, too. “Golden Gate Chaos” is a wonderful hodgepodge of rising waves that garnish Godzilla’s Bay Area entrance, deadened piano strikes and a hollow chorus that conjoins with a later use of Ligeti’s “Requiem.” “Let Them Fight” flails with the alien fury of a Stravinsky ballet as distant screeches shoot salvos like flare guns in the night sky. Godzilla’s fanfare gets a parsed-out, slowed down treatment over ambivalent percussion in “Two Against One,” and the theme entirely bleeds out in “Last Shot,” a reference to the opening “Godzilla!” but a naked, more primal one. With the curtains pulled back and the monster revealed in all his glory, Desplat strips out moody introductions for a leaner confirmation of Godzilla’s triumph.

A noted flautist, Desplat’s weapon of choice receives an Asian flare in Godzilla, with the kinds of breathy snaps and sharp pops that accentuated flimsy Shaw Bros. knock-offs. An ambiguously “eastern” flavor flows throughout the music. When flutes and taiko drums aren’t dominating the other-ness of Japan, they provide Godzilla’s behemoths with a sumo mat free from melody — and free from allegiance. Perhaps these elements are to Mr. Ehrlich’s point, but my theater’s cheers during the final battle told me everything I needed to know about where our allegiances ought to lie. As Godzilla takes his victory lap home, “Back to the Ocean’s” tender family reunion becomes a rousing hero’s send-off, far from any objective omniscience that may precede it. After all, what good is a hero without those who cheer him on? 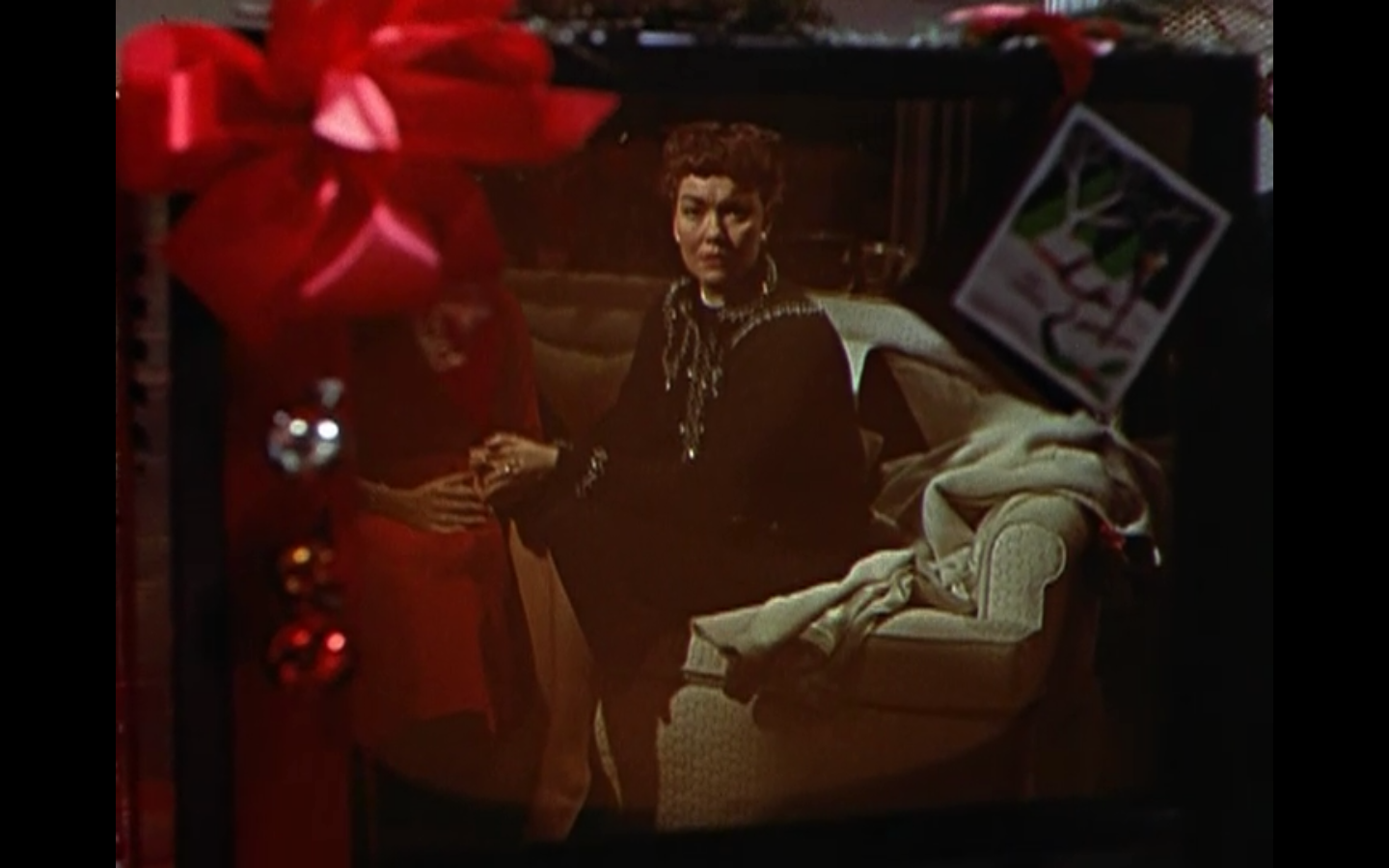 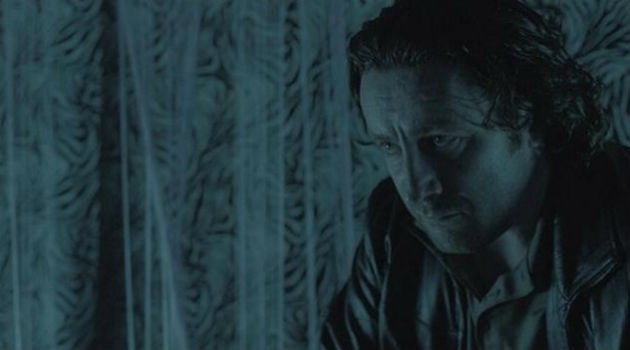