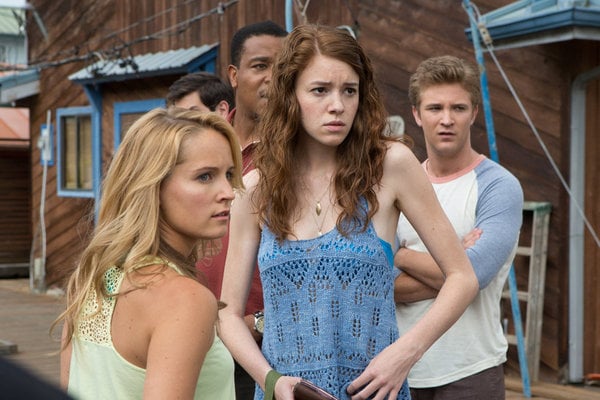 This week, on Grimm: Rosalee moves in, Nick gets a clean bill of health, and Jake meets Ariel

While Grimm is rooted in fairy tales, this week’s episode is the first to seemingly take direct inspiration from a modern classic, The Little Mermaid. Usually the show takes a particular myth or folk tale as a jumping off point before going in a new direction, but “One Night Stand” is a break from this, providing direct parallels to several of the beloved film’s key elements. Elly, our main Nyad protagonist, loves Jake from afar and saves him from drowning, pulling him onto the land and resuscitating him. She stares lovingly at him as he blearily opens his eyes, not sure what he’s seeing, and then jumps back into the water once he’s awake. Jake then spends much of the episode trying to understand what happened to him and find this woman who, being deaf, cannot speak to him. The antagonists as well as many of the specifics may differ, but there are too many similarities for this to be intended as anything other than Grimm does The Little Mermaid, a format Once Upon a Time has built much of its show around.

On the whole, this break in format works. We spend far more time than usual following Jake and the Wesen involved in the case of the week, giving Nick and co. some needed time off and the audience a break from Nick’s transformation subplot, though it is mentioned. Instead of watching the characters continue to discuss Nick’s physical and mental state, we see changes this week in Nick’s approach. The villains of the piece very specifically are not dealt with- it’s implied they will asphyxiate/die from dehydration waiting in holding at the precinct, and Nick seems perfectly fine with this. Hank doesn’t seem too concerned either, and this disregard for life, even the lives of confirmed killers, is a clear shift from where the characters started.

Apparently, Nick does not subscribe to Game of Thrones’ Ned Stark’s beliefs about execution- if someone is sentenced to death in his realm, he will execute them and he will do it as quickly and painlessly as possible. Nick is A-okay with these perps slowly, painfully dying on land, letting him feel like he’s kept his hands clean by not actually killing them himself. This seems like a very intentional move by the writers and ties in with the increasing violence and growing power we’ve seen from Nick in the past two weeks. Will this blasé attitude towards Wesen life extend into Nick’s dealings with humans any time soon and if not, how long before the show calls him out for his clear specist double standard? One of the best moves Angel made early on was muddying the ethical waters- unlike Buffy the Vampire Slayer, where demon = evil, on Angel, demons are people too, no better or worse. It looks like Grimm is ready to start exploring its lead’s double standards, hopefully bringing greater reflection and insight to the character and series in the process, and it’s past time they did. 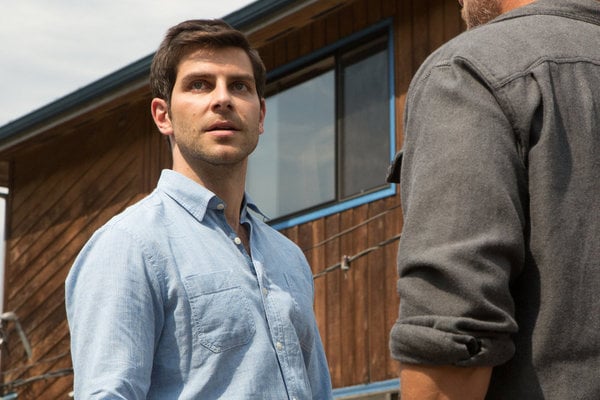 The relationships on the show this week remain delightfully stable. Rosalee and Monroe’s moving in process is adorable, unsurprisingly, and while Juliette may not be too enthused by the email she reads from Nick’s mom, a quick translation of their code should resolve that tension. A very nice touch by writer Sean Calder, by the way, is Nick’s thrown away granting of permission for Juliette to read his email. These are the kind of relationship details Grimm spends time on and gets right that so many others don’t. Juliette has been established as a respectful person, the kind who wouldn’t snoop, and rather than milk relationship drama out of her going through Nick’s computer on her own, here with one line of dialogue, Calder confirms the strength of Nick and Juliette’s relationship (that he’s completely open with her and she’s respectful of his space). There is absolutely no question of their bond and the struggles they have come from legitimate, serious concerns rather than miscommunication or trumped up melodrama. In television as a whole, this type of relationship is the exception rather than the rule, and that goes double for most genre programming. It’s incredibly refreshing to see Grimm still staying true to this three seasons in.

Another element worthy of note is the decision to give Adalind the week off. Captain Renard’s family squabbles get some screen time, but the focus on Portland this week is appreciated. As for that final line, it’s a lot of fun and everyone loves Chinatown (or they should, it’s an amazing movie), but it comes out of nowhere. It’s a shame it wasn’t saved for a more noir-themed episode, where it would have been a perfect capper. Here it’s cute, but a bit wasted. Overall though, this is a fun episode. It’ll be interesting to see if it heralds a new format for the show or remains a one-off departure for them. Either way, season three looks to be off to a very solid start.

What did you think of this episode? Were the episode’s hick fundamentalist Wesen too similar to those from “Bad Moon Rising” for anyone else’s tastes? How long before Nick’s mom heads back into town? Which fairy tale film would you like them to take on next? Post your thoughts below! 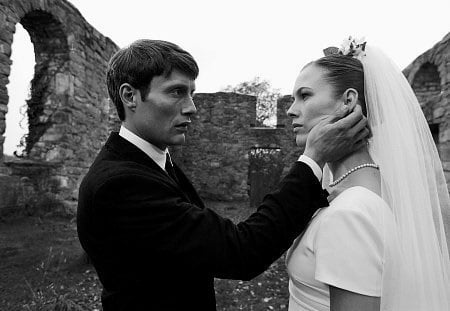 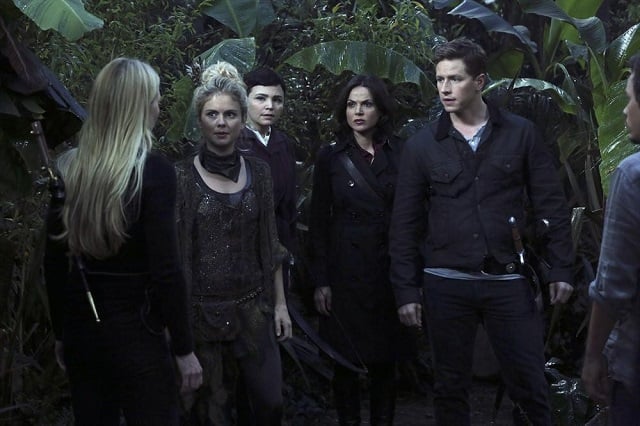