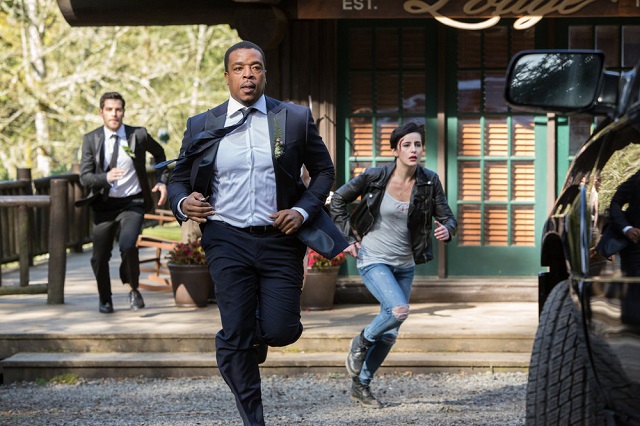 This week, on Grimm: Adalind hates bacon, Monroe’s father’s heart grows three sizes, and Juliette’s at the end of her rope

“Blond Ambition” ends Grimm’s third season atypically, without the now expected “To Be Continued” “Witty Phrase” title cards. Instead of the cliffhangers of the previous finales, we leave Nick and crew in a holding pattern: Capt. Renard is on his way to the hospital and a lengthy recovery, Monroe and Rosalee are presumably off to their wedding reception and honeymoon, and Nick’s no longer a Grimm. Unlike last year’s zombie infection, there’s no ticking clock—it’s likely when we return for season four, Nick may have spent the summer as a normie, make that Kehrseite-Schlich-Kennen. The only lingering, time-sensitive question is Adalind. How long will it take her to realize that Viktor doesn’t have baby Diana?

This has been an entertaining and consistent season for Grimm, which continues to improve as it deepens its characters, but it’s not without flaws, the most significant of which is present in the finale. The Royals drama that has recurred throughout the season continues to disappoint, as does everything Adalind (when she’s not with or immediately torn from her baby). This week, Adalind is back to her witchy ways, stripping Nick of his Grimm abilities and all but cackling as she does so. She also meddles with Juliette and Capt. Renard, because she can?, tipping her hand in the process. Our final shot of Adalind is one of anxiety and concern, not triumph, and this is a distinct shift for the character. It’s a good change, but why does it only come at the end of the episode? 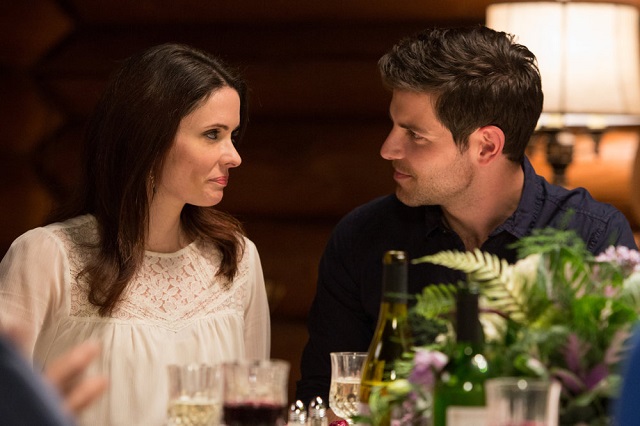 Adalind is only prompted to act against Nick and co. because Viktor demands it and she believes he has her child—why isn’t she more conflicted? Nick, Juliette, and Sean went out of their way to help her and her child in a time of need, disregarding the mountains of baggage and bad blood between them. Is all this good will immediately erased because they don’t drop everything to find Diana? A conflicted Adalind is far more interesting than the blandly evil one we see this week and her delight in toying with the group goes a long way towards freeing them of guilt in their betrayal of her, sending Diana away with Nick’s mother. If this is how eagerly and maliciously Adalind bites the hands that saved her, they were right to remove Diana from her influence. It validates their choice and removes its murky morality, stripping each character involved of interest and nuance.

What “Blond Ambition” gets absolutely right, however, are Juliette and Nick’s reactions to Adalind’s manipulations. As ever, the show chooses honesty and heart over melodramatics, with Juliette confronting Nick immediately with her suspicions and both of them realizing over the course of a single conversation what must have happened. This relationship has been the heart of the show for over a year now and it’s legitimately disconcerting to see them so shaken. Juliette has put up with a lot for Nick without a second’s pause and she’s blossomed as a character since being folded into the Grimm side of things; her eagerness to dive in with the lore and learn about various Wesen has been a blast this season, a development that fits nicely with her long-established courage and cool-headedness. In the latest example in a long line of Grimm subverting genre love interest stereotypes, Juliette doesn’t blame Nick for sleeping with Adalind, but she’s hurt and tired of her life being turned upside down over and over again. Juliette isn’t going anywhere—that’s not who she is—but a little legitimate stress on her and Nick’s relationship is not a bad thing, particularly considering the series’ expert handling and dismissal of more frivolous potential points of strife. 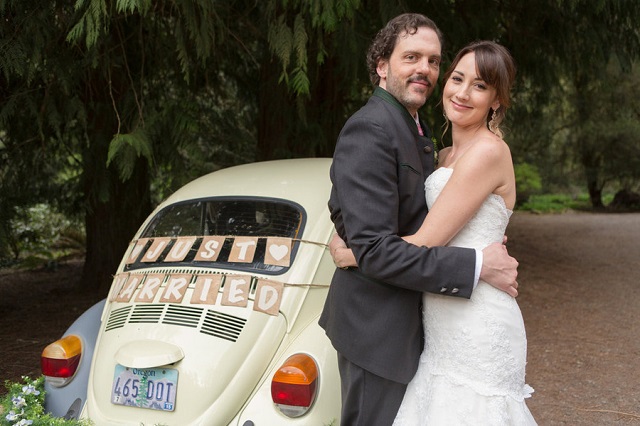 Monroe and Rosalee’s wedding goes off more or less without a hitch, until the very end, and this gives the finale a needed dose of comedy and warmth. Rosalee’s sister turning into a cliché is rather disappointing, but anything that gets rid of that hideous dress is a positive in this viewer’s book; perhaps the most reassuring moment in the finale is Monroe’s confession that the couple both hated that totally not Rosalee dress. Tying Monroe’s family’s acceptance of Rosalee in with this works nicely (it’s also great to see a show not fudge around the ridiculous price tag that comes with a dress like Rosalee’s eventual gown) and Bree Turner looks absolutely gorgeous in the last minute replacement. They may not have the Best Man for the post-ceremony picture taking, but at least the couple will look fantastic in their wedding album.

Entertaining as it is, much of “Blond Ambition” proceeds as expected. The main exception to this is the stunning and effective central set-piece of Weston Steward’s attack on Capt. Renard. Sean’s conversation with Teresa starts up a ticking clock for the rest of the episode, but just in time for him to race off to fight said clock, he’s shot without warning. It’s smart on Steward’s part and shocking, while still fitting in with what’s come before. The fight scene is well-choreographed and executed, getting Teresa in on the action, and a decapitated federal agent showing up at Nick’s house is a mess that won’t easily go away. It’s also a simple way to restart Sgt. Wu’s Wesen troubles, which will hopefully play more of a role in season four, putting both Wu and Renard’s roles next year in question. Teresa may not get much to do this week, but her inability to get Nick the potion in time undoubtedly will prompt much of the early action of season four and her status as the only Grimm in Portland likely means she’ll be sticking around for the foreseeable future, a nice change up for a show that could have easily become predictable and stale by its fourth year. Overall, “Blond Ambition” is a fun, diverting finale to what has been an improved third season for Grimm. 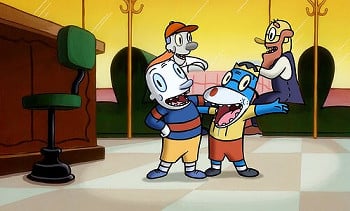