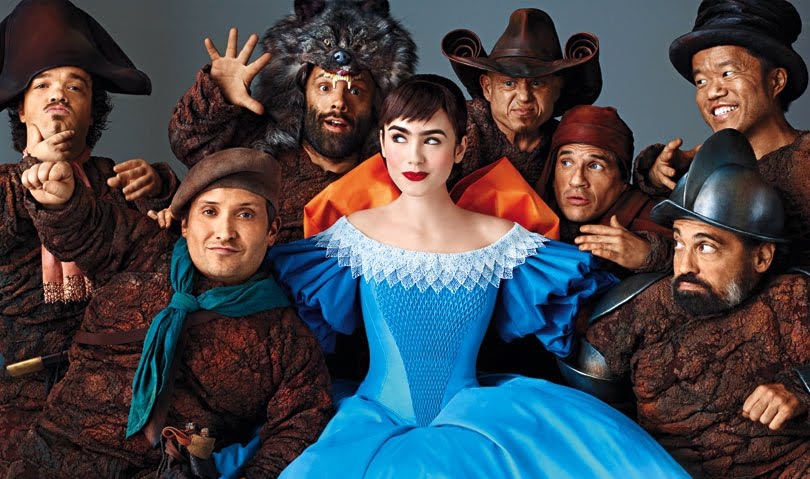 There are two big screen adaptations of Disney’s classic Snow White coming to the big screen this year. The first is Mirror Mirror which comes courtesy of director Tarsem Singh (The Fall, The Cell) and stars Lily Collins, Julia Roberts, Armie Hammer, and Sean Bean (who will most likely die). This flick looks to be as visually splendid a piece of cinema as any of Singh’s previous films, including, the 300-style swords & sandals epic, Immortals.

We’ve got tickets to give away to our readers based in Halifax and Ottawa thanks to Alliance. Simply email Ricky at admin@popoptiq.com and let us know that you are either following us on facebook or twitter. We will randomly choose winners Tuesday afternoon, March 27th.

Here are the times, dates and locations for all three screenings.

Toronto (We have no more tickets left for the Toronto screening)

Synopsis: A wicked enchantress (Julia Roberts) schemes and scrambles for control of a spirited orphan’s (Lily Collins) throne and the attention of a charming prince (Armie Hammer). When Snow White’s beauty wins the heart of the prince that she desperately pursues, the Queen banishes her to the forest, where a ravenous man-eating beast hungrily awaits. Rescued by a band of diminutive highway robbers (the seven dwarves), Snow White grows into an indomitable young woman determined to take back her realm from the treacherous Queen.