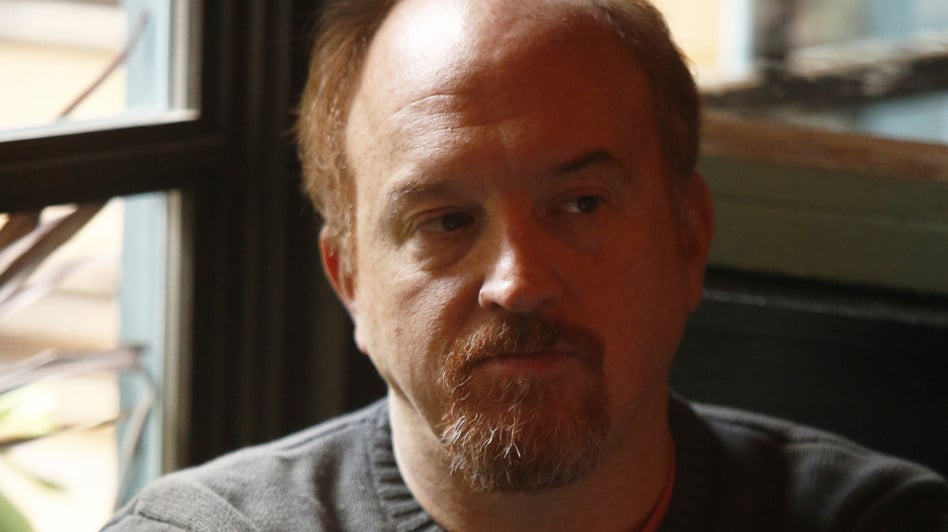 Louie, Season 4, Episode 3, “So Did the Fat Lady”
Written and Directed by Louis C.K.

“So Did the Fat Lady”
Louie came back with a beautiful, impressionistic bang last week with two fantastic and very different episodes. This week that trend continues, with “So Did the Fat Lady” exploring body issues and shaming by building to a masterful central monologue from guest star Sarah Baker and “Elevator Part 1” splitting nearly evenly into a stressful depiction of every parent’s worst nightmare and a sedate, comedic extrapolation of a well-intentioned misunderstanding.

With his series, Louis C.K. has mastered the ability to capture feelings; in “So Did the Fat Lady”, he tackles disappointment. Along with examining gender roles, marginalization, and self-worth, the episode provides a platform for overweight (former) waitress Vanessa (Baker) to open up about the realities of being a fat girl in our society, prompted by Louie’s unthinkingly cruel, “You’re not fat.” Vanessa’s disappointment in Louie is crushing. It’s a heavy weight dropped on the audience’s chest, taking a lovely light banter on parental duties to the awkward, uncomfortably truthful place we go next. Vanessa is hurt, but even more, she’s tired. She’s tired of pretending not to feel the slights of men like Louie (and earlier, Jim Norton), who immediately recoil upon seeing her. She’s tired of being told she should be ashamed of herself. And she’s tired of even the seemingly good ones not understanding how condescending, belittling, and hateful their behavior, worldview, and platitudes of, “You’re not fat” truly are.

It’s not a mistake that “So Did the Fat Lady” immediately follows “Model”, which sees Louie have a costly encounter with a conventionally gorgeous woman and be utterly flummoxed by the fact that it’s happened. More interesting than this, though, is the juxtaposition of Louie as the unwanted suitor of waitress Jamie at the start of “Model” with Vanessa’s pursuit of him here. Last week, Jamie’s coworker stepped in to tell Louie he was making them uncomfortable, that it is emotionally taxing to be continually asked out by those who you have no interest in but don’t want to hurt. This week, Louie’s the one uncomfortable with a waitress’ advances, unsure of how to respond and anxious to get away.

It’s yet another condemnation of Louie’s behavior and assumptions—despite having felt the sting of unconsidered rejection only last episode and despite having an easy, promising rapport with Vanessa (a woman it should be noted who is actually able to make the often dour Louie not only smile, but laugh), Louie responds to her with the same cold detachment reserved for him by the waitresses he barely knows and yet insists on asking out. Louie should know better; as a father he has a duty to know better, and to pass on this awareness to his daughters. By the end of the episode, he seems to understand, though it seems unlikely Baker will be back any time soon. Characters like Vanessa are few and far between on television. She is a fantastic addition to Louie and hopefully, we’ll see much more of Baker, whose performance puts cutting, harsh truth behind every late-episode word, both on this series and elsewhere.

The rest of the episode explores issues of body image and shaming in men. The episode begins with Louie and his brother Robbie (Robert Kelly) ogling a tall, thin woman walking down the sidewalk while behind them, an averagely proportionate man relaxes with his shirt off, comfortable in his skin and not worthy of note. Louie and his brother talk themselves into rationalizing a bang-bang, two full meals at two different restaurants in a row, but Louie is clearly ashamed of this decision and himself once the diner waitress finds out about their culinary double-up, whereas Robbie remains unphased. Perhaps its Vanessa’s lack of noticeable insecurity about her body that makes Louie uncomfortable. He may be out of shape, but at least he knows to feel bad about it. Vanessa, on the whole, is comfortable with herself, and that confuses and threatens Louie, who is ever the picture of self-hate. This self-loathing doesn’t stop him from participating in the bang-bang, which seems to give him little pleasure by the end, as doubt and regret overtake the tactile pleasures of the feast. This is likely far from Louie’s last bang-bang, but it’s hard to tell whether he will repeat the unhealthy cycle of food-shaming, or whether Vanessa’s outpouring of emotion will have a permanent effect on how Louie sees himself, fat girls, and his daughters. Either way, it had a profound impact on this viewer, and hopefully many, many others watching at home. – Kate Kulzick 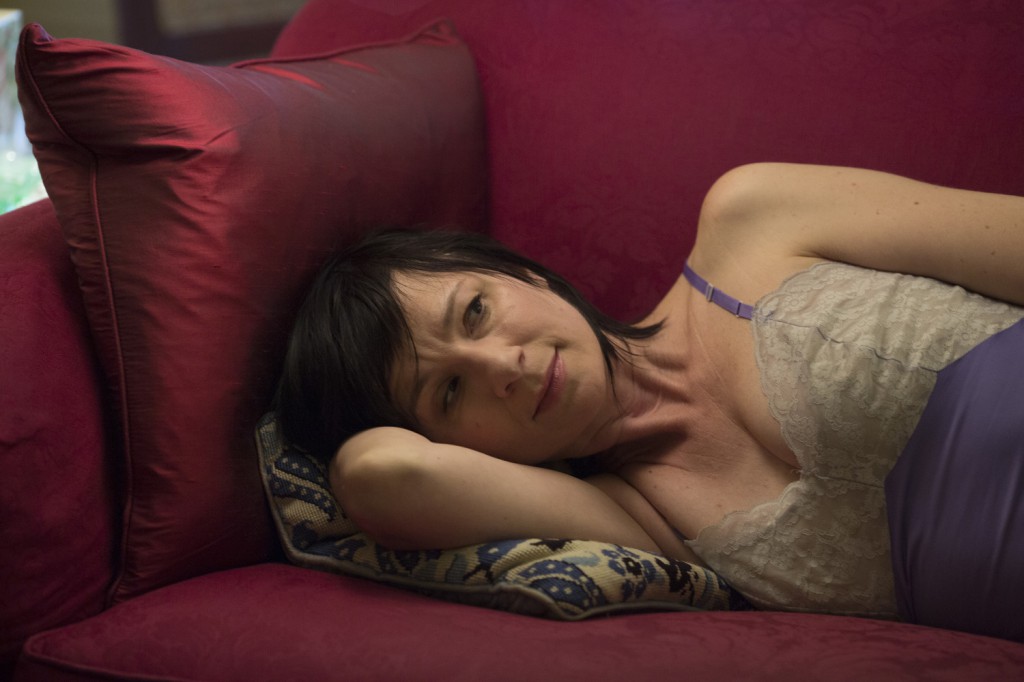 “Elevator (Part 1)”:
Knowing this is the first part of a six-part story, it seems nigh impossible to determine what “Elevator” is going to be about. Is this just all happening in Jane’s—or Louie’s—head? Or is it a little more subtle than that, a series of symbolic images and scenes depicting a very specific reality for Louie (and his children) to exist in? Of course, the answer with Louie is always a little bit a both, and there’s a lot to parse out of “Elevator”, one of the show’s most dense, literary episodes to date.

The first layer of “Elevator” obviously stems from its title, which serves both a literal and figurative purpose in the first part of Louie‘s big fourth season saga. “Elevator” is basically an episode that rises and falls meteorically, as an unhinged elevator would: as quickly as things explode in anxiety on the subway when Jane steps off, they equally rise when Amia (as Louie’s international guest is named in the credits) shows up at Louie’s apartment with a delicious tart. These peaks and valleys even occur on a micro level within the episode: Amia’s hostility towards Louie quickly melts into infatuation, just as Louie’s ex-wife goes from friendly to furious to dismissive in a matter of a few minutes (a range of emotions captured beautifully by Kelechi Watson). Life is an absurd series of highs and lows, and at its most basic, “Elevator” captures this in unconventional fashion, reaching for the awkward and unsettling, rather than playing for laughs (Louie’s daughter Jane looking right at the camera and telling us “this is a bad dream” plays a role in this atmosphere, as well).

Digging a bit deeper—and considering previous episodes of Louie like “Something Is Wrong”—”Elevator” is about the moment Amia’s aunt experiences when her elevator malfunctions. At its heart, Louie is about a man trying to navigate middle age in a shitty world, and part of that navigation is feeling like one is moving forward. By our late 40’s, we’re pretty settled in life, be it with companions, children, jobs, whatever; and that stagnation can suddenly feel like a prison. It can make us feel stuck, like we’ve hit a glass ceiling in the game of life—like a broken down elevator, stuck between floors (themselves a representation of the different phases in life: Louie is stuck between Amia and her aunt, his youth and beauty behind him, and old age awaiting him).

Amia represents Louie’s beacon of hope, his middle-age fantasy of a woman who cooks and communicates without words, avoiding the awkward conversation that makes C.K. consistently uncomfortable in every single episode of the show. She is a change, a new beginning, and Louie’s natural fear of that—something that goes outside “the plan” he repeats like a mantra to Jane—at first causes him to shy away from flirting with her (also, she chased him out of her apartment with a massive glass plate… I’m sure that helped). But as Jane proves, sometimes we take chances in a dangerous world and come out okay on the other side. In the end, Louie’s reluctance to both help the old woman and talk to her daughter (?) lead to a happy ending (for now), him shoving pie in his mouth and listening to the infectious laugh of the foreigner sitting in his kitchen.

Of course, there is no telling where this story will lead—Part 1 was the last episode sent to critics, so it’s a mystery as to where this is exactly going. However, I’d expect things to end basically as they began: in the great existential game of yin and yang, everything good in “Elevator” is countered by something traumatic (the scene of him losing Jane is legitimately stressful), just as every mistake Louie makes seems to be rewarded (scare the shit out of a foreign women by walking into her house and waking her up, she makes you pie and you flirt with her over it). The point is, the imagery and careful plotting of “Elevator (Part 1)” reminds us that wherever these next five episodes are taking us, we’re in very capable (if slightly clammy) hands. As the fourth season of Louie‘s shown us numerous times, everything evens out to zero in the end (or negative $5,000 a month for the rest of your life… but who’s counting?). – Randy Dankievitch 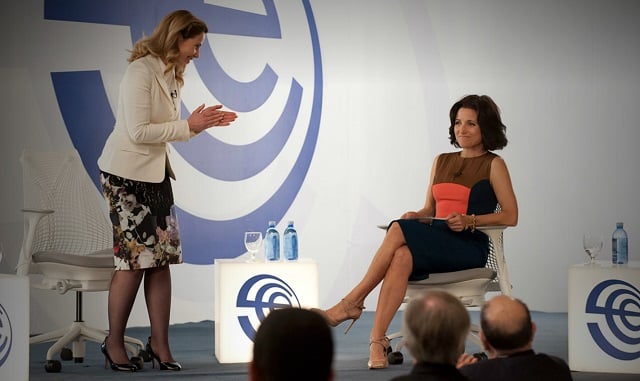 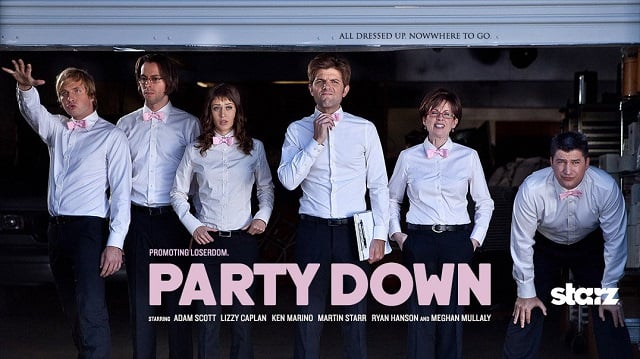