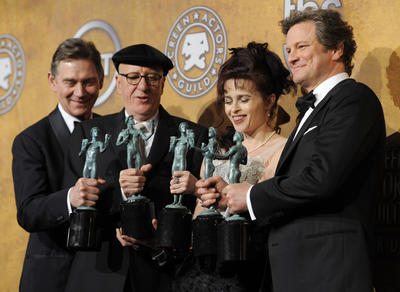 The 2011 Oscars held at the Kodak Theater was anything but exciting. In fact I would go so far as to say it was the worst Awards Ceremony I’ve ever seen, so I don’t feel like wasting much of my time writing about it. The big winner of the night was The King’s Speech picking up Best Picture, Best Director (Tom Hooper), Best Adapted Screenplay (David Seidler) and Best Actor (Colin Firth). Anyone who hasn’t seen the film yet, may be interested in watching the following mash-up video below highlighting some of the film’s best moments. Enjoy.